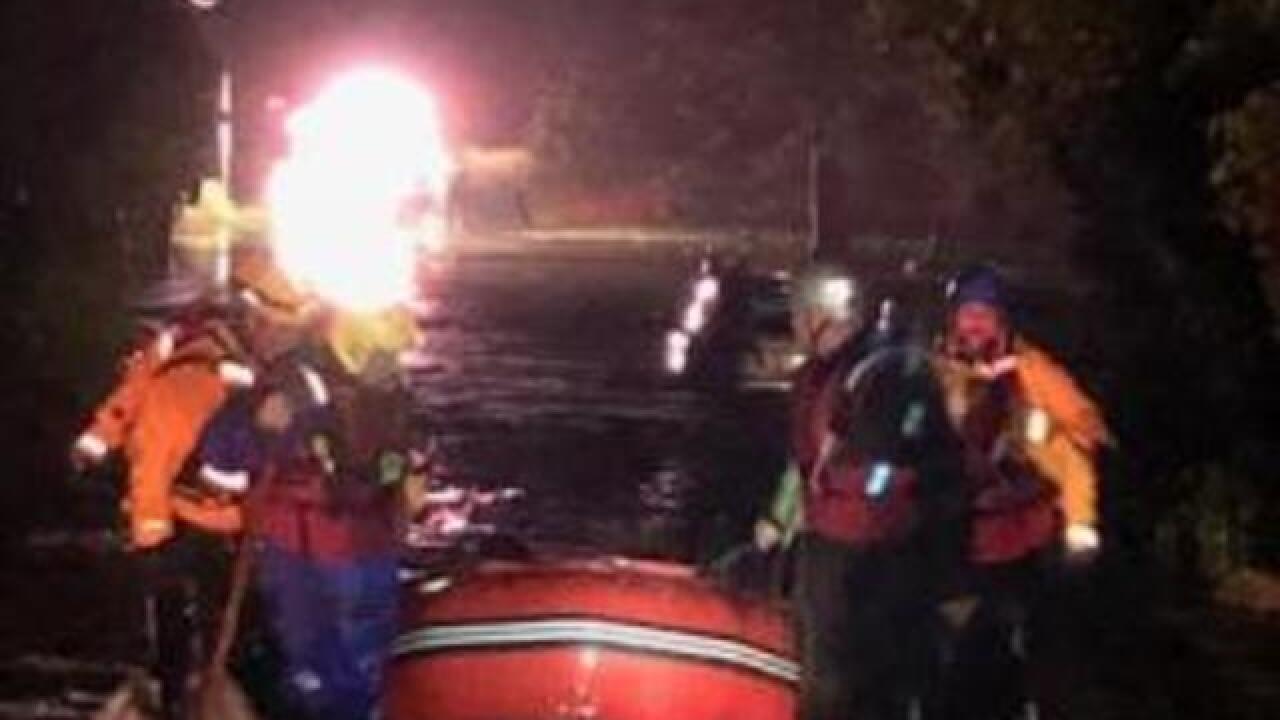 According to the National Weather Service,approximately four to eight inches of rain has fallen across Baltimore County since Saturday. As result, the county fire department's Swiftwater rescue teams have seen an increase in call volume.

As of 11 a.m. Tuesday, crews have responded to a total of 27 water rescue related calls since Saturday.

The calls for service were broken down as follows; three each in Cockeysville and Owings Mills, eight in Pikesville, five in Halethorpe, six in Woodlawn and two in the Dundalk area.

Nobody was reportedly injured during any of the incidents.

Over the next two days, an additional two-three inches of rainfall is possible.