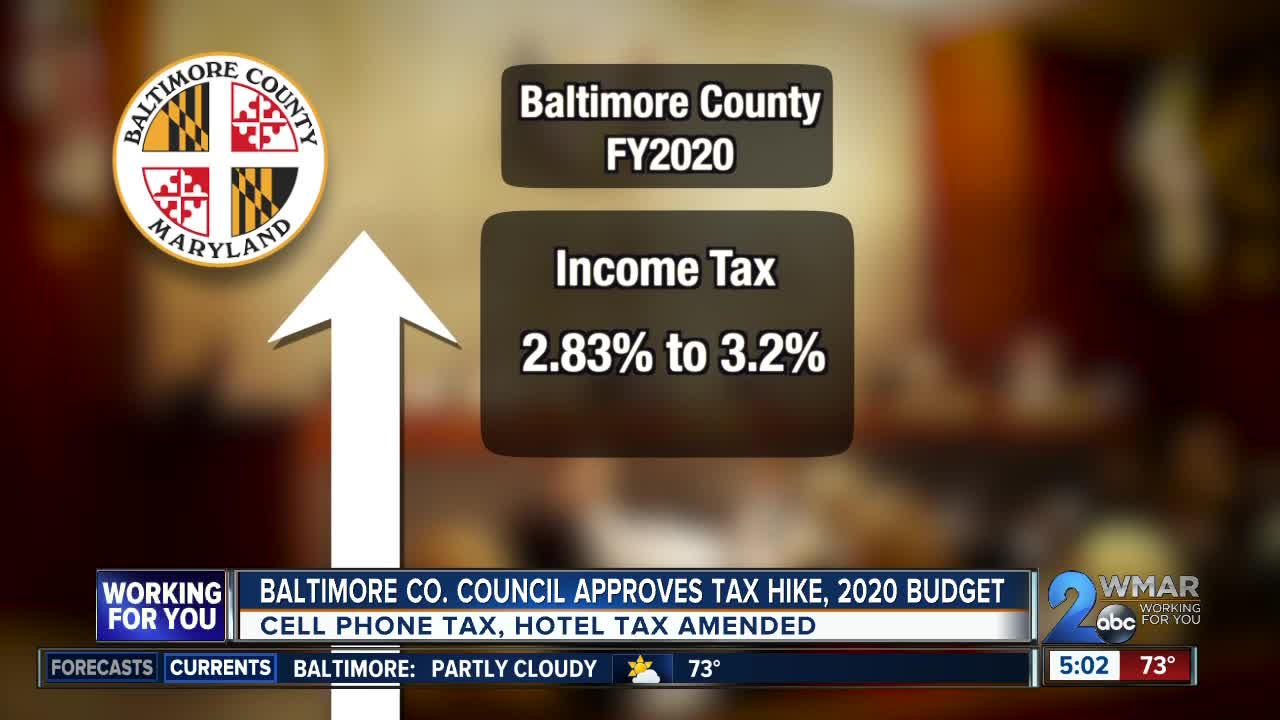 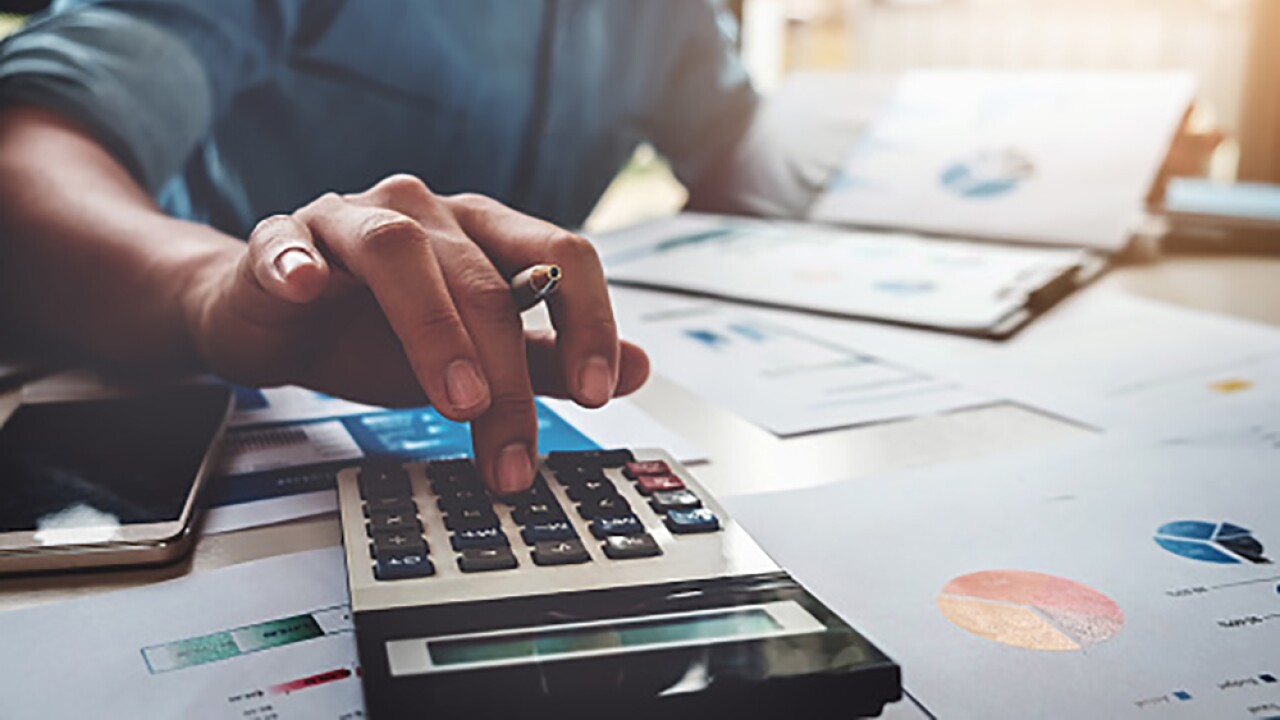 In an effort to raise revenue for the $3.4 billion budget for fiscal year 2020, the Baltimore County Council agreed to raise the income tax rate for county residents from 2.83 percent to 3.2 percent.

"No one wants to pay higher taxes and we as elected officials do not covet the thought of asking our constituents to pay more. The idea of raising revenues has clearly been an idea of last resort but is now necessary," said Council Chair Tom Quirk.

The resolution passed on a 4-3 party-line vote and council members say this raise brings them in line with the income tax rates of surrounding counties.

The vote was one of several related to potential tax increases that help fund the county’s budget in the coming fiscal year.

In April, County Executive Johnny Olszewski Jr. proposed the $3.4 billion budget. His plan included the income tax rate hike, as well as a raise to the county hotel tax, and additional taxes on cellphone lines and cable accounts.

Olszweski originally proposed a $3.50 tax on cellphone lines as a way to make up for revenue lost on a similar tax on landlines, which have fallen largely out of use. At Thursday’s vote, the County Council voted 6-1 to pass but amend the cellphone tax, changing it to an 8 percent fee per line, matching the current tax on landlines.

"We are at a place were we have to strike a balance, and I think this is the proper balance were we give some relief to the citizens yet we still raise some much needed revenue for all our requirements in government," said Jones.

"Anything that helps so that we can keep it down because cell phones are almost a necessity these days and we want to keep it down as much as we can because it's a hardship on everybody," said 74-year Baltimore County resident Ann Denkevitz.

While the County Executive originally pitched a hotel tax of 10 percent, up from its current rate of 8 percent, the council approved a 9.5 percent tax along a 5-2 vote. Council members say this tax rate is also comparable to surrounding jurisdictions.

The County Council approved the fiscal year 2020 budget with a 6-1 vote, but not before they cut $14 million from the plan to supplement the lost revenue from the amended cell phone tax. The cuts are to things like the Hearth Insurance Reserve and roadway resurfacing.

"These are hard decisions but I do get excited about the idea that we are putting ourselves on a sustainable path, that we've closed our budget gap and that we can build new schools, pay our teachers, pay our police and firefighters and make the investments in the community that our constituents have been begging for," said Olszweski.

The only councilman to vote against all tax increases and the budget was Councilman Todd Crandell.

"I could not in good conscience go back to my district and tell my constituency that I supported a budget that is supported by higher taxes for hard working people in Baltimore County," said Crandell.

Council Chairman Tom Quirk said the budget they passed addresses the $81 million deficit the county is facing in a balanced way and addresses years of mismanagement. This is the first time the county's income tax rates have increased since 1992.

"Quite frankly, we should have done it along time ago. I do not like the shock of all of this at one time. I wish for years we could have been very incremental in raising taxes because that would have been less burdensome on the citizens. However, the past administrations did everything they could to avoid raising revenues, and we've just come to a place where you just can't do it anymore," said Jones.

"I think the new people inherited a deficit and that wasn't right. It should’ve been taken care of a long time ago, and then we wouldn't be in the position we are in now," said Denkevitz.

The taxes go into effect July 1, and it's important to note that while the property tax rate is not changing, bills still may go up because they are assessed every year.