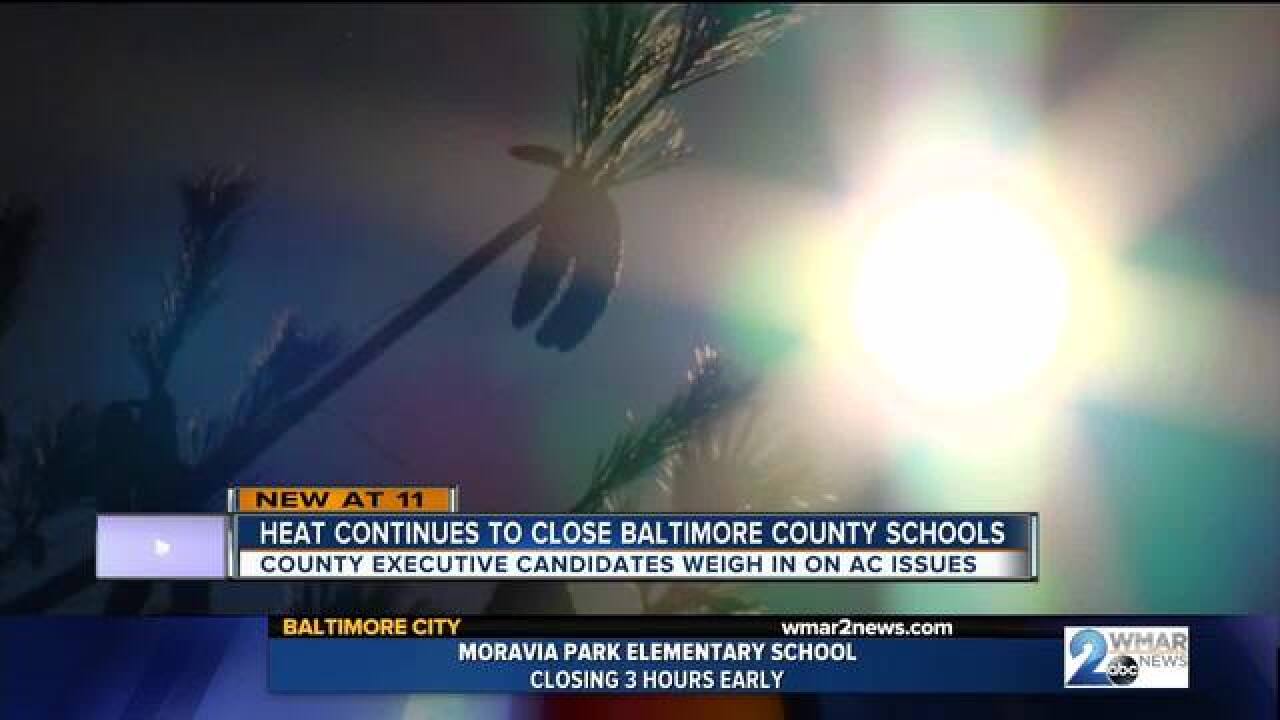 Governor Larry Hogan says Baltimore County and City are the only two school districts in the state closing or dismissing early because of air conditioning problems.  The two men vying for the title of Baltimore County Executive said they have plans to make sure students don't miss any school once they're elected.

Dulaney High School was just one of the 10 Baltimore County schools closed Thursday due to lack of A.C.

The two candidates for county executive, Democrat Johnny Olszewski, and Republican Al Redmer both said this situation is unacceptable.

Olszewski was just endorsed by the Teachers Association of Baltimore County.

They said his expertise as an educator will help foster better-run schools, efficient infrastructure, and teacher retention.

Redmer, who has been endorsed by Hogan said many teachers in the county will be voting for him because he's about change, not the status quo.

But one thing both candidates can agree on?  Baltimore County schools have issues that need addressing and there's no reason why kids should be missing school because of the heat.

"We've committed to spending up to $2 billion dollars to address not just our infrastructure needs which include the heating and ac but also to address the overcrowding across Baltimore county so we need a strong plan because every child and every teacher deserves to have a 21st century, clean, modern learning environment," Olszewski told WMAR 2 News.

"We had money offered to us from the state, Governor Hogan, who's passionate about education and educating kids has been talking about this for all four years he's been in office. Short term, we're going to solve it.  We're going to put in window units where we have to but it's critical that it gets solved sooner rather than later," said Redmer.

Baltimore County school leaders say the 10 schools that have been closed will operate on a regular schedule Friday.