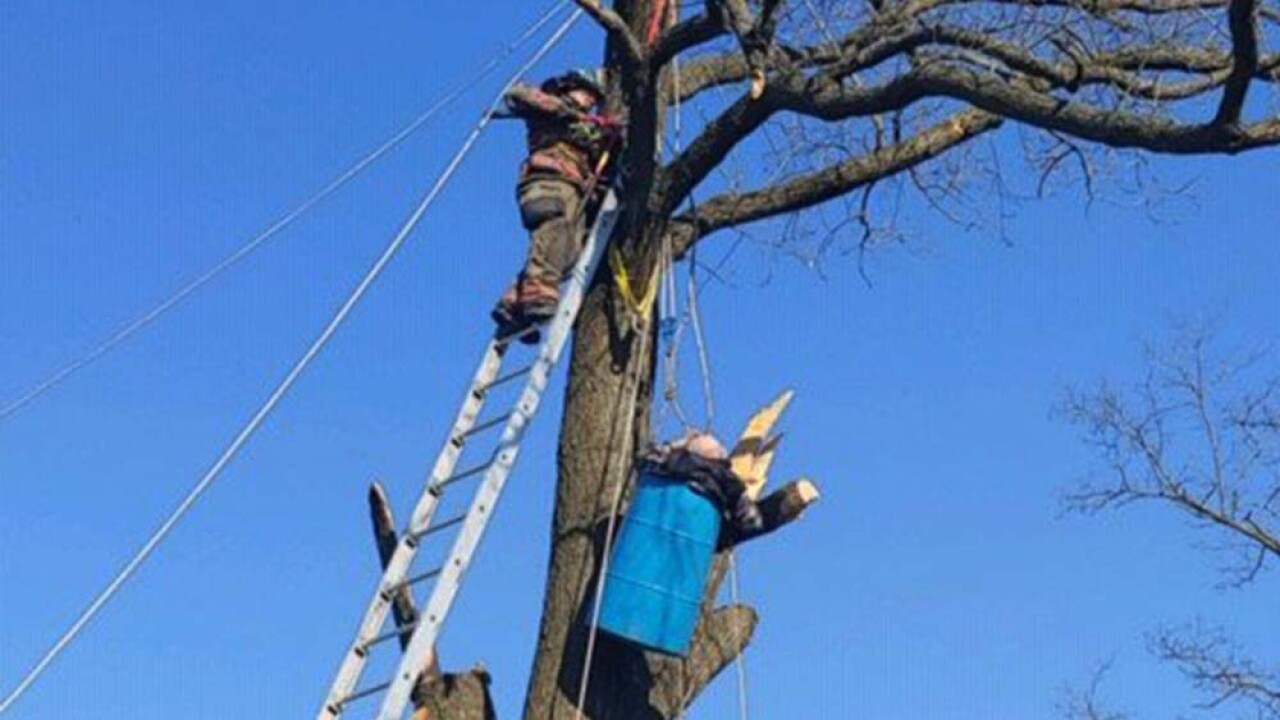 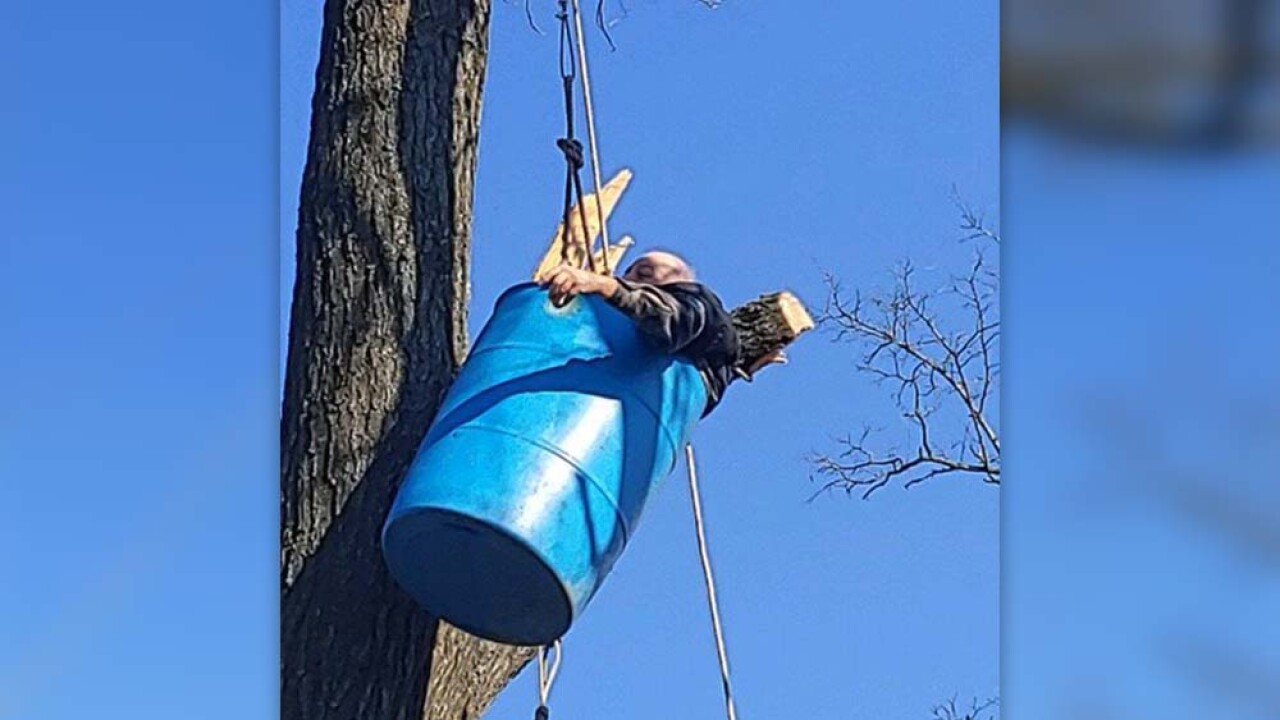 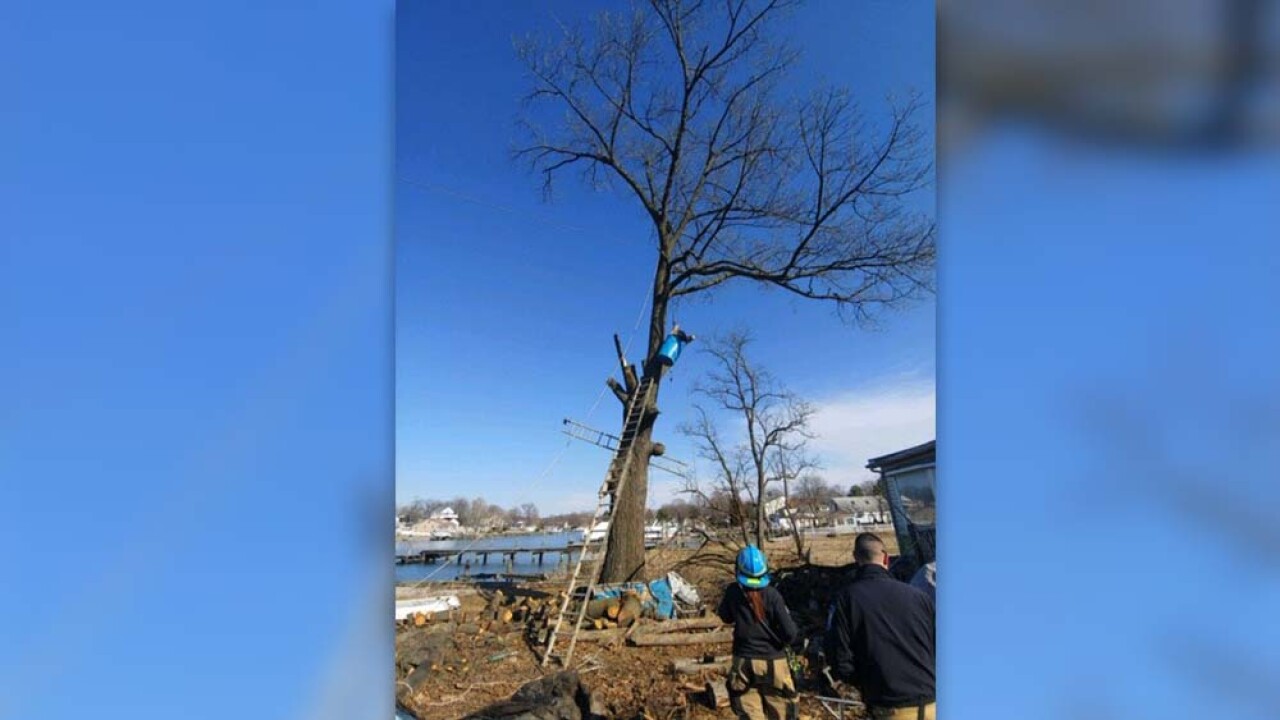 EDGEMERE, Md. — An 80-year-old man found himself in a scary situation and needing the help of his local firefighters.

Baltimore County Fire says they had to rescue the man from a tree after he got stuck in it while trying to cut it down. This happened over the weekend in the 7200 block of Waldman Ave.

Crews from Baltimore County Fire Department's Edgemere station, as well as others, helped safely bring the man down.

In the pictures the fire department tweeted out, you can see the man had installed a pulley system and put himself in a large bin, but was unable to get himself down.