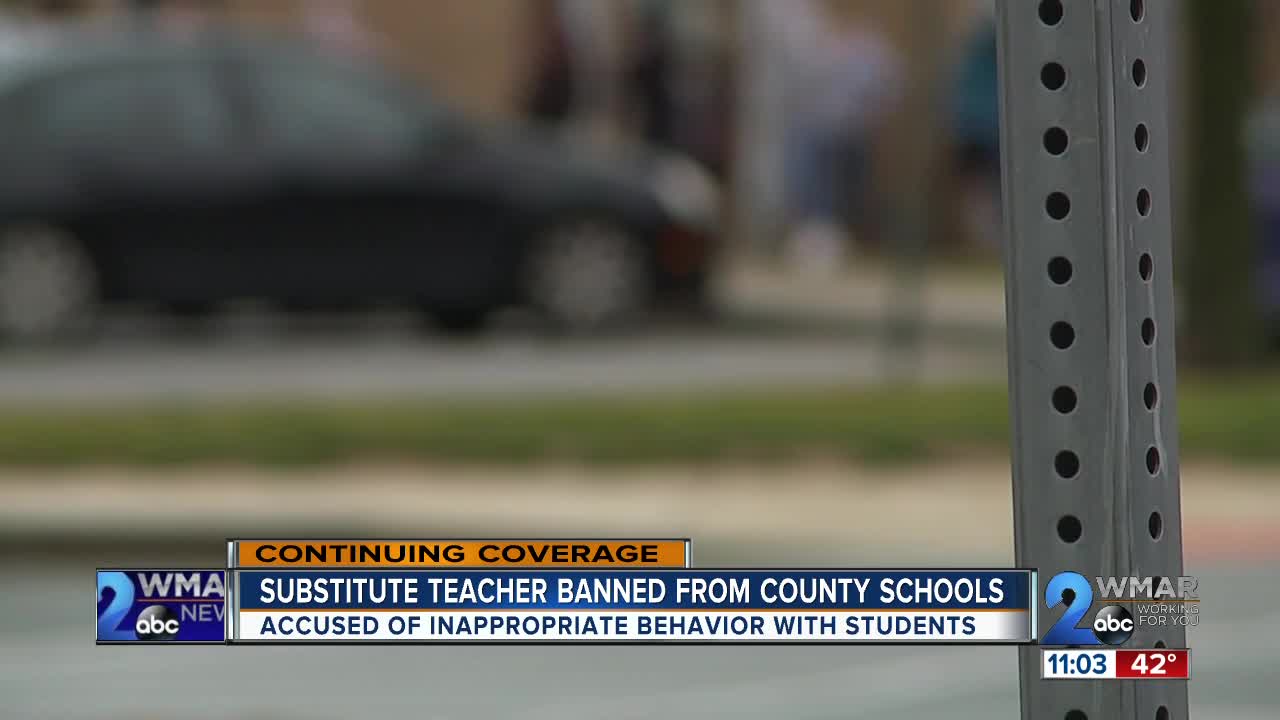 Baltimore County Public Schools removed a substitute teacher from a fourth grade classroom this week after she allegedly acted inappropriately.

The alleged incident happened sometime this week at Halethorpe Elementary School, and police are now investigating the incident as a possible case of child abuse.

A robocall was sent out to parents of students in the class notifying them of the incident.

WMAR-2 News has also obtained a letter sent by the school's principal to student parents.

"I wanted to make you aware of an incident that occurred in your child’s classroom today. It was reported to our administration that a substitute teacher allegedly exhibited unprofessional behavior during the class. Our administration immediately investigated this report and took action to remove the substitute teacher from the classroom. We want parents to be reassured that their students’ safety is our greatest interest. We are proud of the students who brought this situation to our attention. If you have any questions, please do not hesitate to contact the school. Thank you for your continued support of your student and of Halethorpe Elementary School."

However, some parents are upset they werren't made aware of the incident sooner.

"I just feel like we shouldn’t have been notified at 3 o’clock in the afternoon that something this serious is an issue when I get my son and he tells me that a substitute teacher has kissed him on the face and sat on his lap and bounced up and down on his private areas," said Sandra Zook.

Baltimore County Public Schools say the teacher will no longer work for the school system in the future. Her name hasn't been publicly released.

Baltimore County Police confirmed they're investigating a report of child abuse at Halethorpe Elementary School and there was an officer at the school on Thursday collecting statements from kids in the classroom.

District 1 Board of Education member, Lisa A. Mack posted on her Facebook that she is aware of the incident, and is working with the county superintendent to ensure student safety.