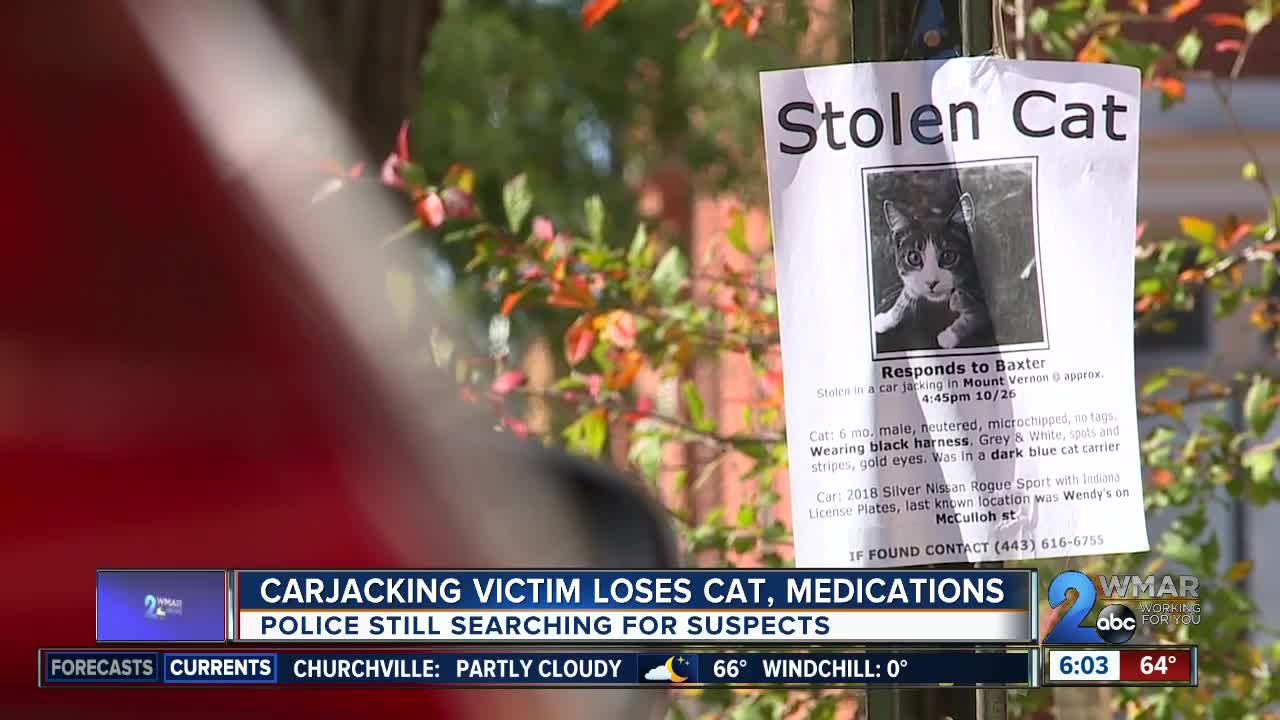 Two men pulled a woman from her car then drove off with her belongings and cat on Saturday, according to police. 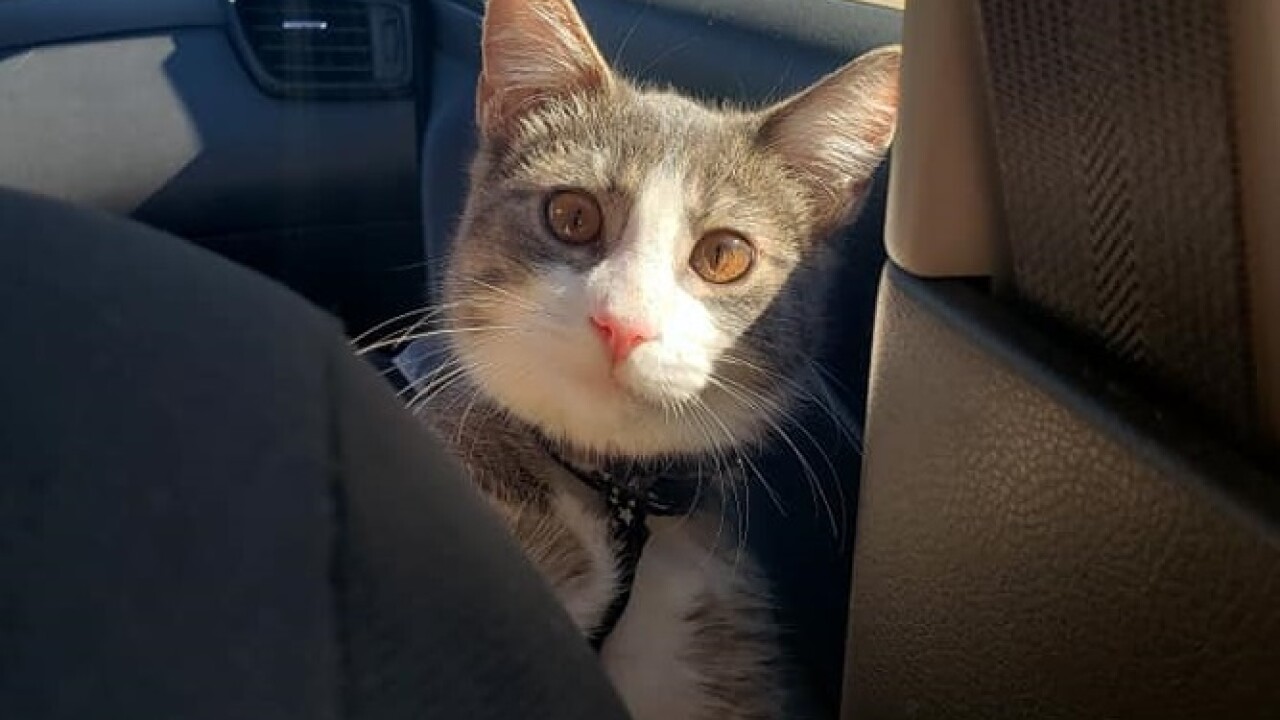 BALTIMORE — A woman is desperately trying to find her cat after she was carjacked on Saturday in Mount Vernon.

According to Baltimore Police, the 52-year-old woman was approached by two men in the Maryland Historical Society parking lot just before 5 p.m. One of the men tried reaching through the driver side window to remove the keys from the ignition. When he was unsuccessful, both men pulled the woman out of her 2018 silver Nissan Rogue Sport, got in then drove away.

They took off with the woman's belongings including her cane, several medications, money, phone, glasses, and six-month-old kitten, Baxter.

Baxter is gray and white with stripes and spots and gold eyes. He's microchipped and was in a dark blue cat carrier wearing a black harness.

According to the woman's daughter, her mom is a cancer survivor and suffers from Multiple sclerosis and was overpowered by the men. 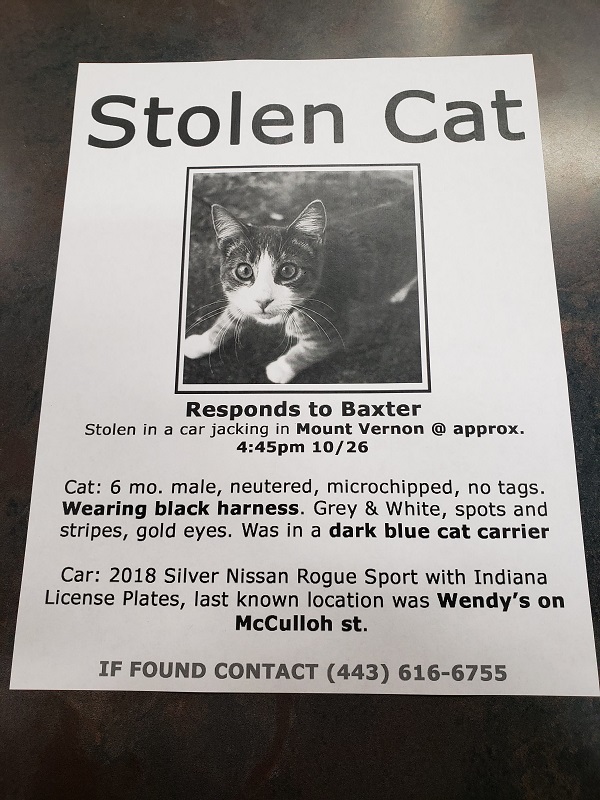 As of Sunday evening, the vehicle hasn’t been recovered and the suspects have not been identified. Police said the investigation is open and on-going.

If you have any information on this incident or Baxter's location, contact police.