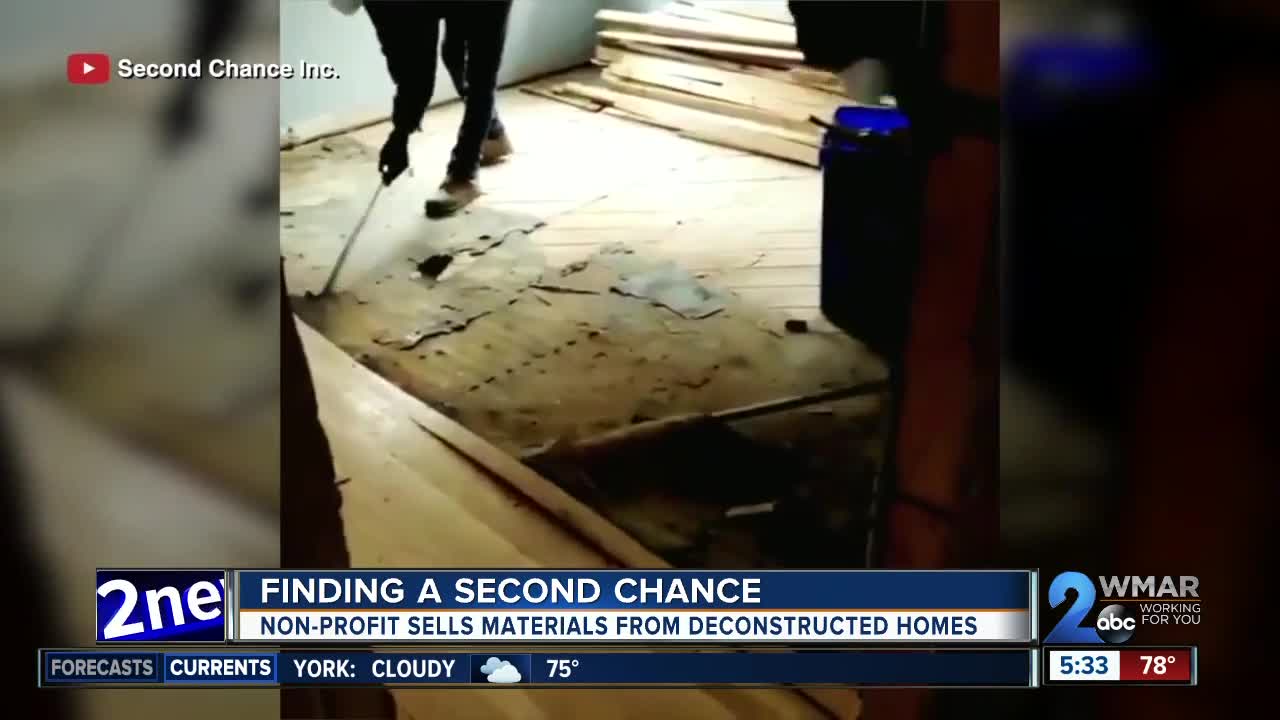 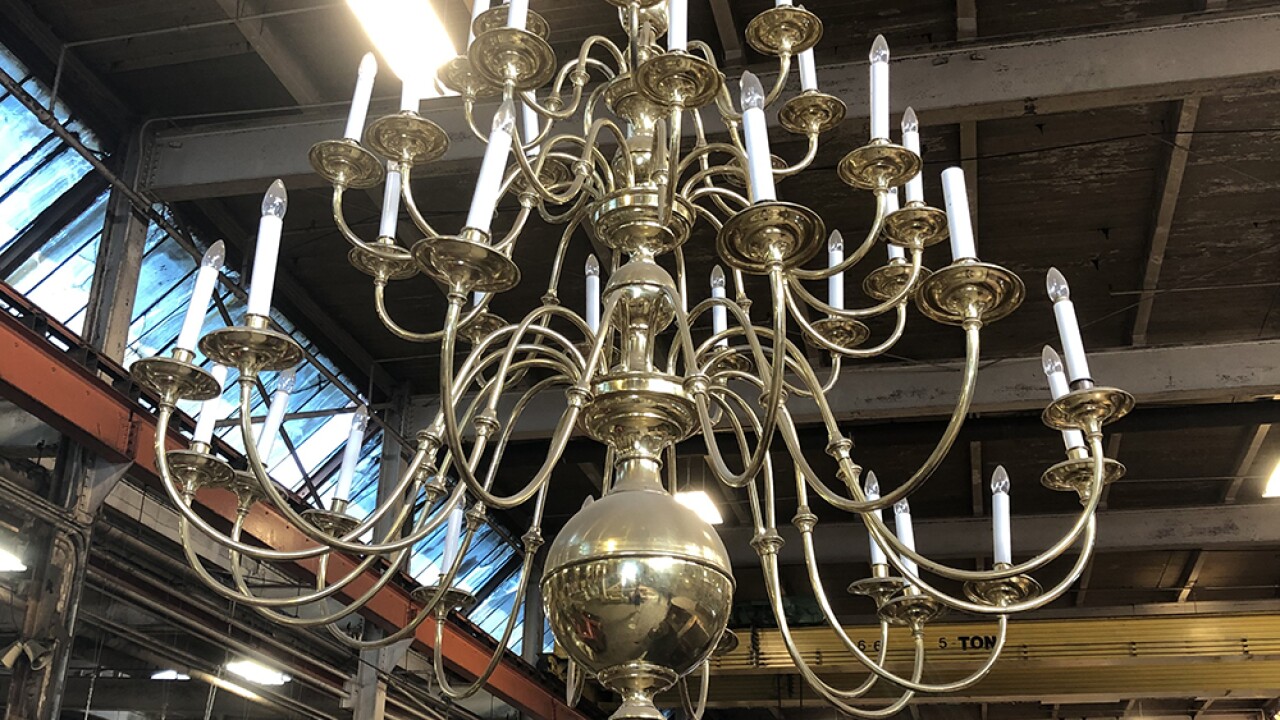 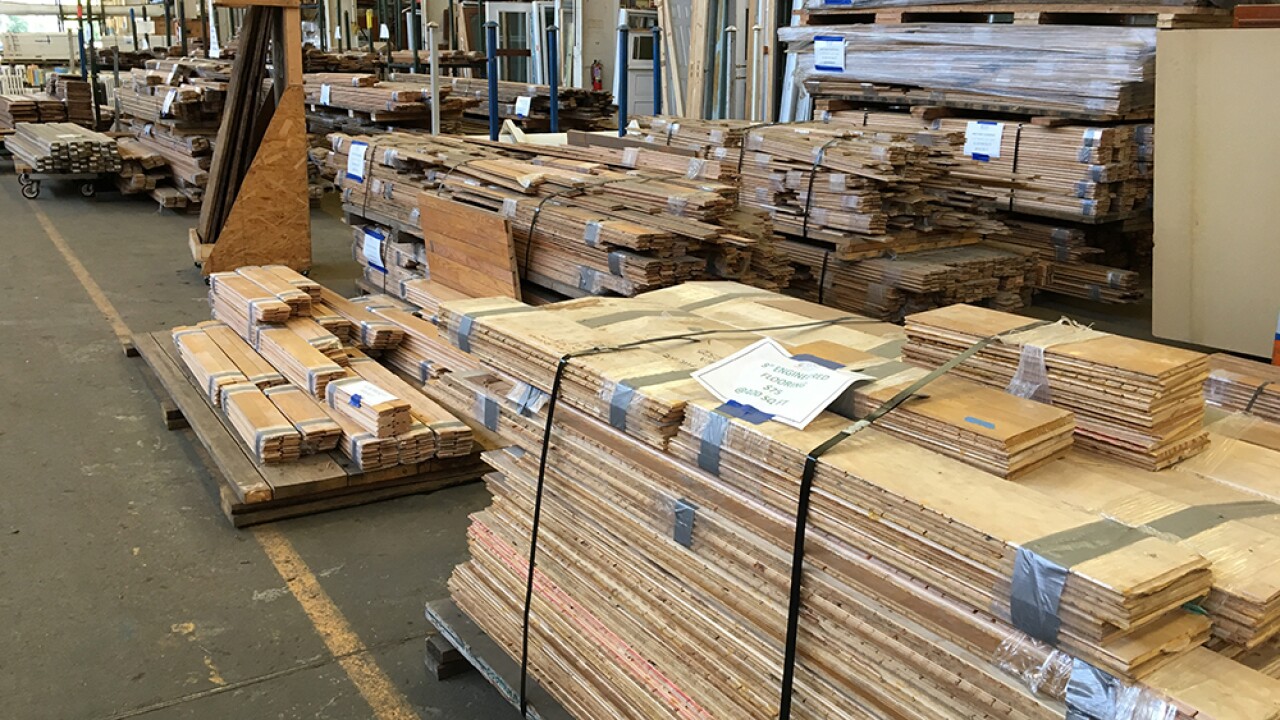 BALTIMORE — If you're driving down I-95 South heading out of the city, there's a chance you've seen a massive warehouse with the words "What Is And What Can Be" written across it.

It's the home of a non-profit called Second Chance, where everything, and everyone, inside the warehouse is given a second chance.

"We are about second chances for people first, but also for product and also for the planet," said Pete Theodore, the marketing manager for Second Chance.

Inside the 200,000 square foot warehouse is practically every item you could ever need to build or furnish a home. You'll find lumber, bricks and other building materials. There are light fixtures, furniture, and artwork.

Second Chance also has unique historical items for sale, like a giant chandelier that once hung in the Lord Baltimore Hotel and a large scale that sat in the locker room of the Baltimore Colts.

"You're not just buying something old, you're buying a piece of history," Theodore said.

Second Chance gets all of the building materials from homes it deconstructs from around the country. They carefully take everything apart so it can be repurposed.

"We're saving that home, that valuable history and all those materials from the landfill," Theodore said.

And the workers who are deconstructing the homes are also getting a second chance.

"They're facing barriers to employment, whether it be a criminal background, bad luck, a number of things where they just need a second chance or a hand up."

Antonio Johnson knows the importance of getting a second chance. He started working at the non-profit 11 years ago, not long after he got out of prison. He said his early years were filled with drugs and violence, which landed him behind bars for 13 years.

He said he started at Second Chance in the warehouse and worked his way up to sales manager.

Johnson said he acts as a role model for the new employees and sees it as his duty to pay it forward.

"We give them the opportunity to be rehabilitated and get the tools and the structure to advance and be successful and create a better environment for their family and their friends."

They may be in the business of deconstruction, but the work Second Chance does that really counts is rebuilding the lives of their employees who are looking to make a change and make a difference.

"Second Chance is the best," said Johnson. "It motivates, it helps, it constructs and it inspires."

If you'd like to make a donation, click here. You can also get information about donating your home to be deconstructed by clicking here.