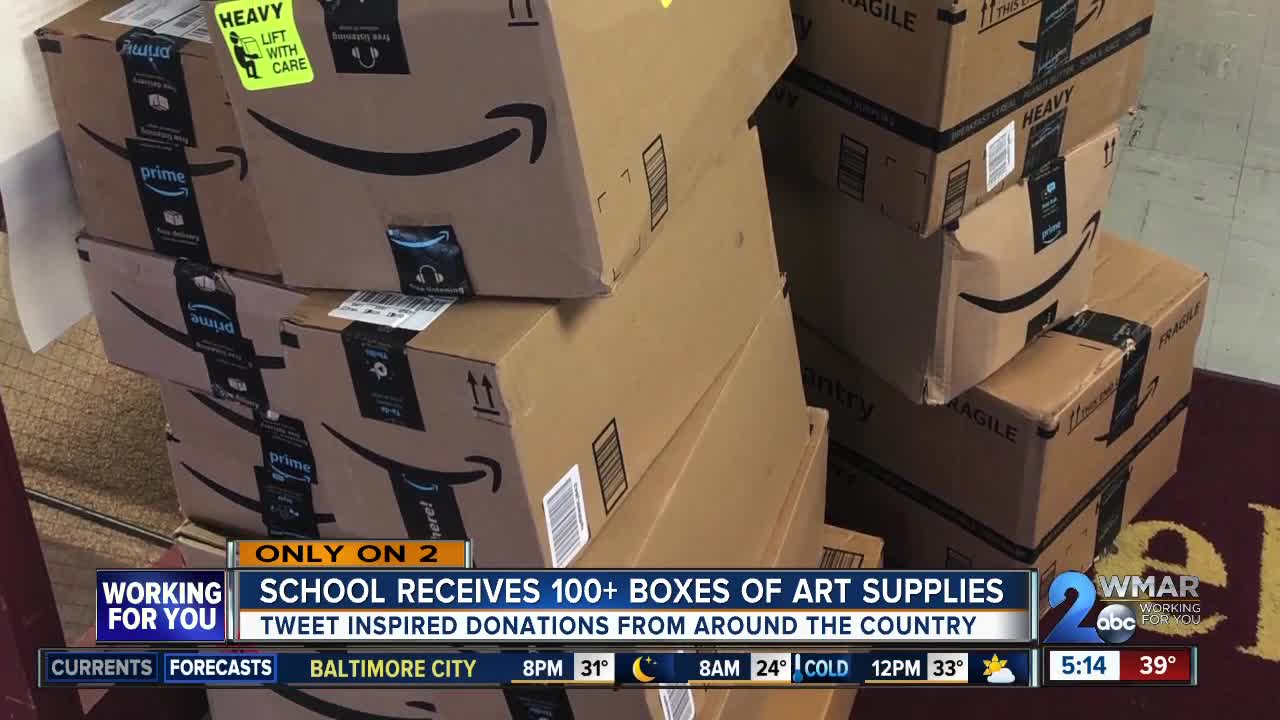 People from around the country are donating art supplies to this Baltimore City public school. 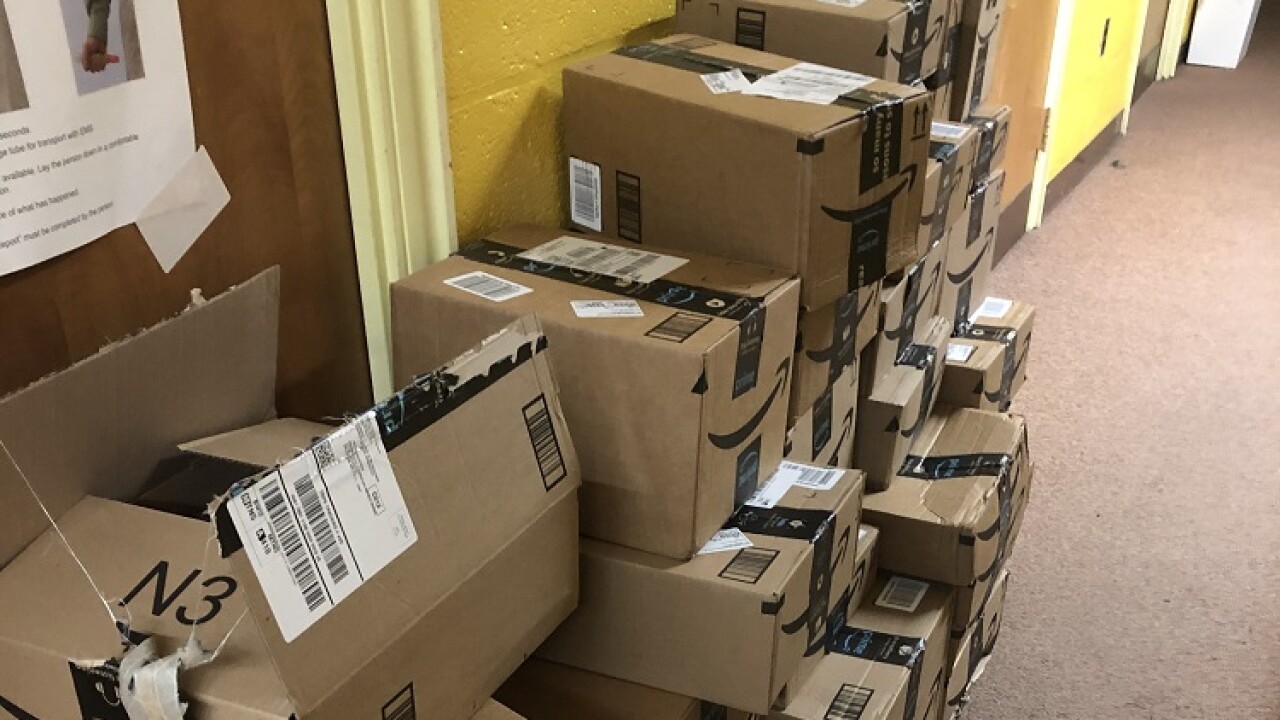 BALTIMORE — A simple ask for pencils turned into more than a hundred boxes of donated art supplies.

Sacha van Wagenberg, an art teacher at Mount Royal Elementary/Middle School, mentioned to a friend that teachers at her school could always use more pencils. Several days later, boxes started showing up at her school.

"And he reached out to some friends on Twitter, I guess, and next thing I knew, I think we had about 80 boxes yesterday and 20 more boxes of supplies today. It's amazing," said van Wagenberg.

Supplies now cover the art room counter tops, and a mountain of construction paper has piled up in a corner.

"A large population of the kids who go here are coming from very low income areas and families, so a lot of them don't have access to even colored pencils at home," van Wagenberg said.

Like other teachers, van Wagenberg was purchasing supplies with her own money, or setting up fundraising campaigns, but thanks to the donations she's received, she estimates she'll have enough supplies for the rest of the year and most of next year.

The tweet, which came from @ALT-uscis, an account with more than 203,000 followers, brought attention to the school's art program and how it's a "refuge for kids with extremely challenging lives at home." The account posted another tweet stating students "at times draw on donated office paper that falls apart," and included the address of the school.

There is a middle school in inner Baltimore with a fantastic arts program with almost no heat, safe drinking water and teachers buying all supplies.

This program is a refuge for many kids with extremely challenging lives @ home, some don’t have a home pic.twitter.com/O5aG5XG1o2

In the three days since the tweet's been shared, donors from New York, Pennsylvania, Missouri, Florida, and others have sent supplies to the school.

"It makes me feel like our school is now a school that people might want to come to because they see the things that we're doing to just make the school a better place for kids and not just a bad school that the city might want to close down. It might be a school they want to keep up, and keep making us known in the City of Baltimore, said Dawud Akbar, an eighth grader at the school.

Akbar said art class has been a stress reliever for him and a way to put his thoughts on paper.

"These past three years of middle school for me have been something kind of up and down because I've gone through a lot in my life," Akbar said. "And with this picture, it really opened up new things for me because I didn't know that I had that ability to get people to notice my stuff or just notice me."

Along with the gifts came messages of support.

"These gifts come from a family of artists in Brooklyn, New York. We heard you needed some things and support you and the great work you do," said van Wagenberg reading one of the notes she received. "Art supplies for the inspiring young artist, excellent work."

As the boxes and messages continue to pour in, van Wagenberg wants to express her gratitude to the generous donors who took notice of her school and students.

"Oh, just thank you! They have no idea how happy they've made my students and the school in general to be able to give other teachers things they need. They haven't just helped me, they have really cheered up a whole school, truly," said van Wagenberg.