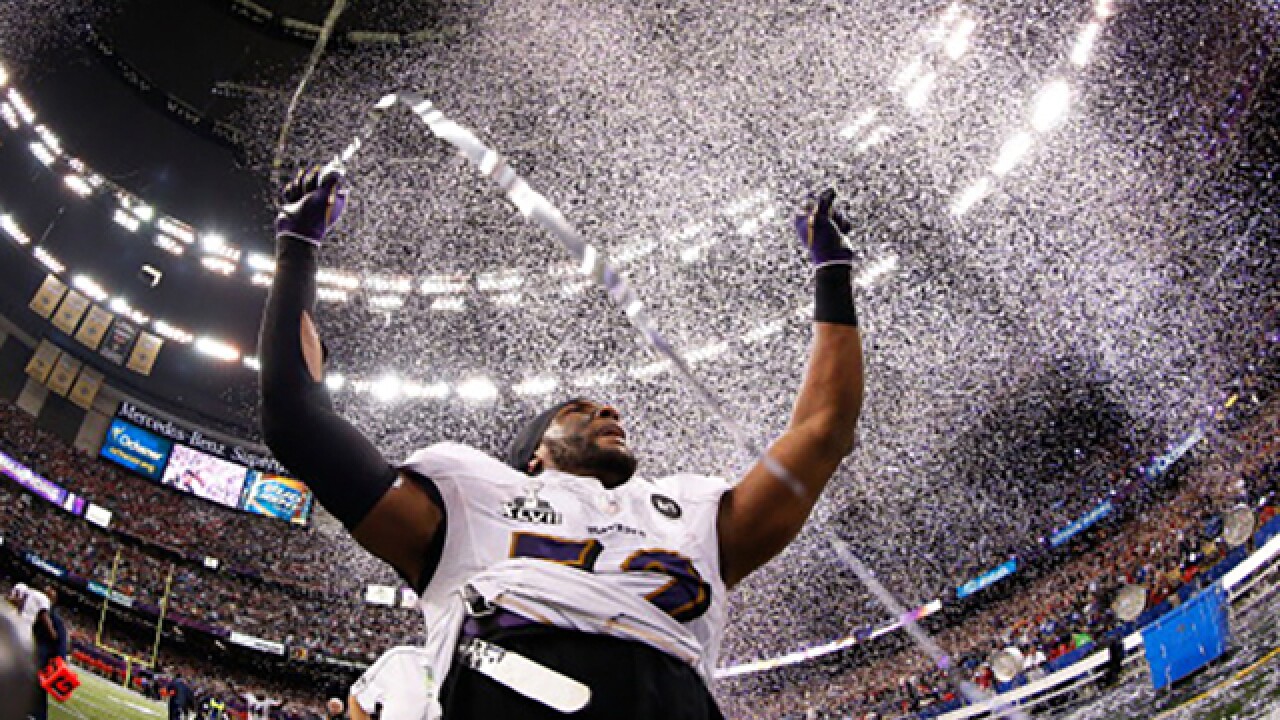 Copyright 2018 Scripps Media, Inc. All rights reserved. This material may not be published, broadcast, rewritten, or redistributed.
Chris Graythen
<p>NEW ORLEANS, LA - FEBRUARY 03: Ray Lewis #52 of the Baltimore Ravens celebrates after defeating the San Francisco 49ers during Super Bowl XLVII at the Mercedes-Benz Superdome on February 3, 2013 in New Orleans, Louisiana. The Ravens defeated the 49ers 34-31. (Photo by Chris Graythen/Getty Images)</p>

The parade for the recently inducted Hall of Fame linebacker is scheduled to begin at 10 a.m. and end around noon. It will be free to the public.

The route begins at Key Highway and Light Street, heading north on Light Street, turning right on Pratt Street, taking a left on Commerce Street, and ending at City Hall/War Memorial Plaza, where there will be a fan fest. Pugh and Lewis will give remarks at the fan fest.