Police investigating arrest that is causing a stir around the city 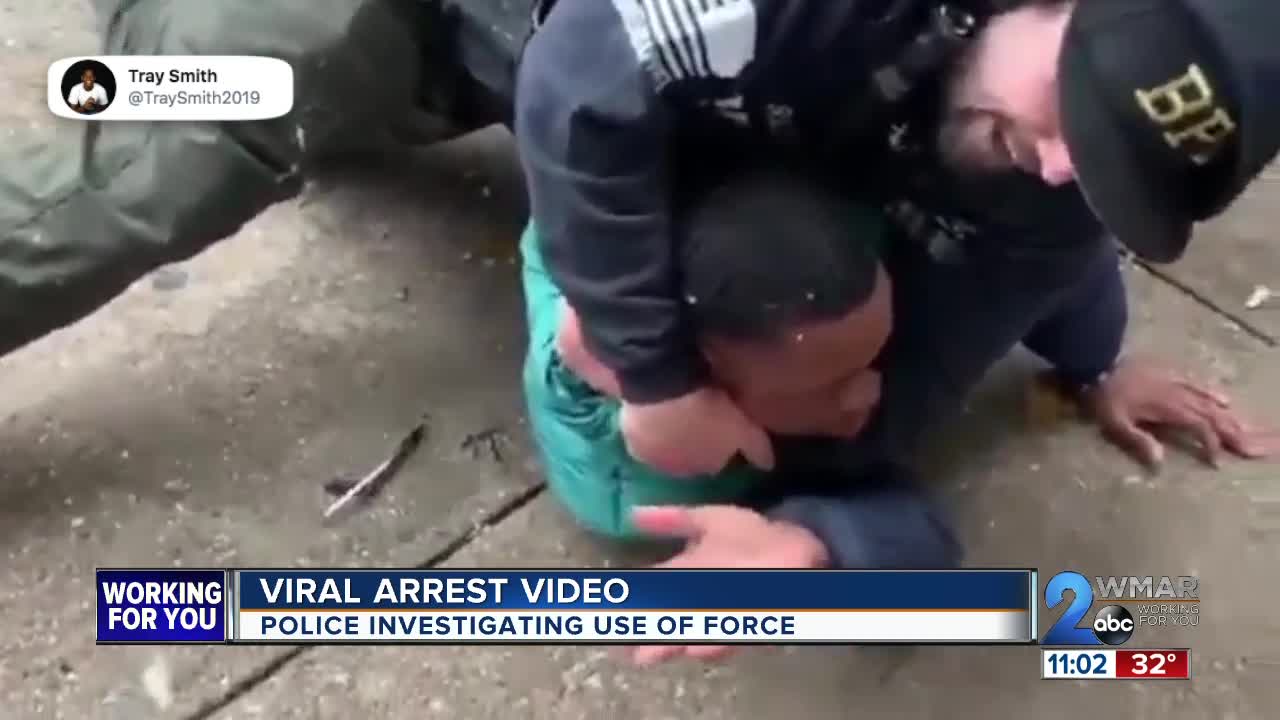 A viral social media video of Baltimore City Police arresting a man on a sidewalk in South Baltimore is causing a stir around the city.

BALTIMORE — A viral social media video of Baltimore City Police arresting a man on a sidewalk in South Baltimore is causing a stir around the city.

People are questioning and police are investigating whether the use of force shown was appropriate.

The video, posted by Tray Smith, is 45 seconds long and starts when the officers are already on top of the suspect asking him to put his hands behind his back.

In the video you can here the man saying 'you’re choking me' as others scream in the background.

He is charged with felony drug possession, trespassing and resisting arrest.

The officer was brought to the hospital, and a BPD spokesperson said the suspect bit him.

The video doesn't show what happened leading up to this.

Baltimore City Council President Brandon Scott tweeted the video saying he will be personally following up with Commissioner Michael Harrison as more details come to light.

Baltimore police said they are looking into the circumstances that led to the arrest and evaluating whether the arrest itself and the use of force are in compliance with the departments polices and procedures.

This comes a week after Harrison unveiled a new policy on use of force for police.

"We worked collaboratively with the department of justice and training on use of force embrace national best practices,” Harrison said on the 26th.

That policy went into effect this weekend and Harrison said departments across the nation will be looking to it as a model going forward.

"The revised policies which included feedback from the officers and members of the public emphasis using force only when necessary, reasonable, and proportionate."

Harrison also said last week that the department will provide additional use of force training in 2020 and as part of regular training moving forward.

WMAR-2 News went to an address listed for the man to try and get his side of the story but no one answered.