In first policy change of consent decree, BPD issues rule on use of force 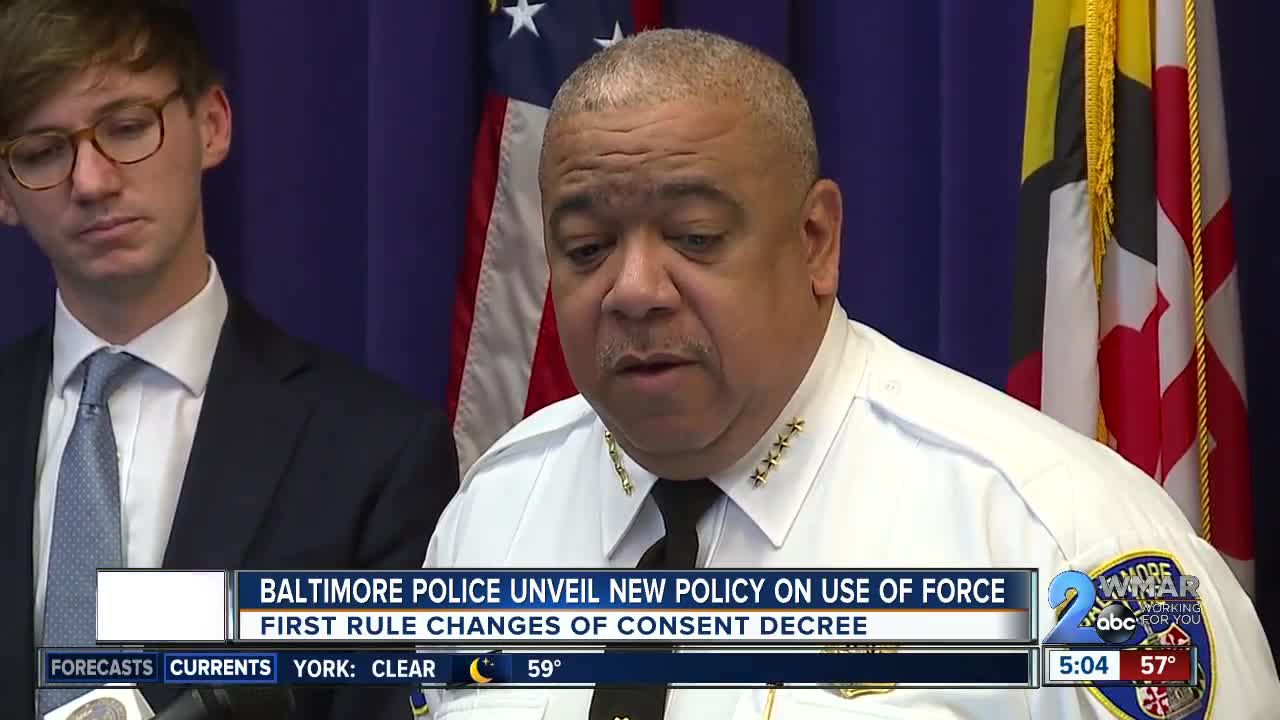 It went live Sunday and soon Baltimore Police command says, the way city officers train for use of force should serve as an example for departments around the country.

BALTIMORE — It went live Sunday and soon Baltimore Police command says, the way city officers train for use of force should serve as an example for departments around the country.

"The DOJ and the monitoring team brought to the collaboration with our policy writers and the training division is of a very high level,” said Baltimore Deputy Commissioner Danny Murphy. “You're going to find departments across the nation looking to Baltimore's policy and training on this front as a model for moving forward. "

Because not only does the policy lay out kinds of force and when they are appropriate -- it sets guidelines for investigating those instances as well.

But the big change is the de-escalation; a practice police call creating space and distance with a suspect in order to talk someone down if possible.

The commissioner calls it a new mindset from old policing.

"It's a cultural shift to kind of slow down and create distance to make sure that we are all safe, members of the community and the police when resolving conflicts and encounters that we might have," Commissioner Harrison said.

A 2016 policy addressed this as well, but those only anticipated what the consent decree would require of the department.

The new policies today are the first real tangible rule changes of the agreement between the police department and the federal government.

"This is a major milestone that we have now implemented these suite of policies and we have moved forward and completed the training for the entire department on use of force which is a major issue in the consent decree," Harrison said.

And obviously just the beginning; the department says the next policies to be rolled out are on stops - searches and arrests.

The deputy commissioner says those should go live in January 2020.