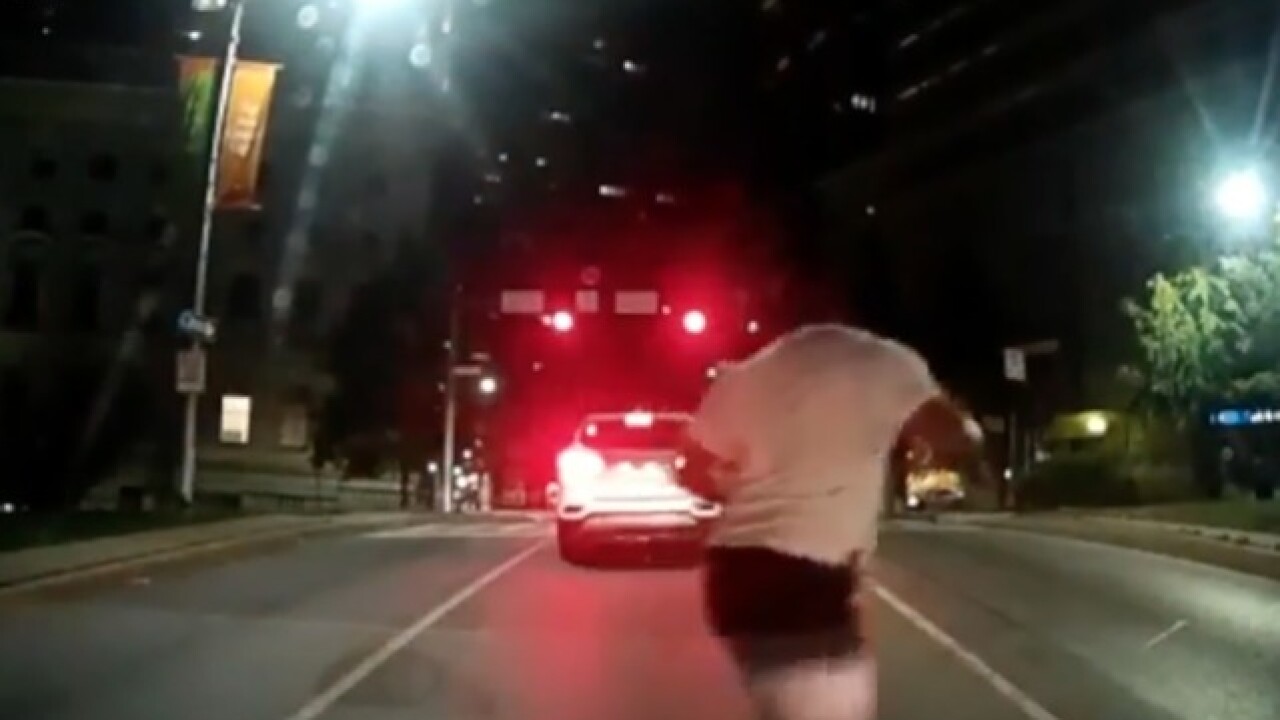 Police say a Baltimore officer who brushed off two firefighters' report of an armed man is no longer with the department.

At a news conference Wednesday, Acting Police Commissioner Gary Tuggle said the officer has been separated from the agency.

.@BaltimorePolice announced today that this officer heard on a dash cam video not responding to armed person complaint has been "separated" from the agency. In other words, she was fired. @WMAR2News https://t.co/iDHhHYKQPc

Police shared firefighters' dash cam video from early on July 6 that shows the armed man cross their path downtown. They note that the man is ditching a gun and later searching in bushes. The firefighters call 911, and later tell an officer they spot a few blocks away. But she responds, "This isn't my district."

Tuggle said officers have a "responsibility to serve any place in the city."

WMAR-2 News contributed to this story.