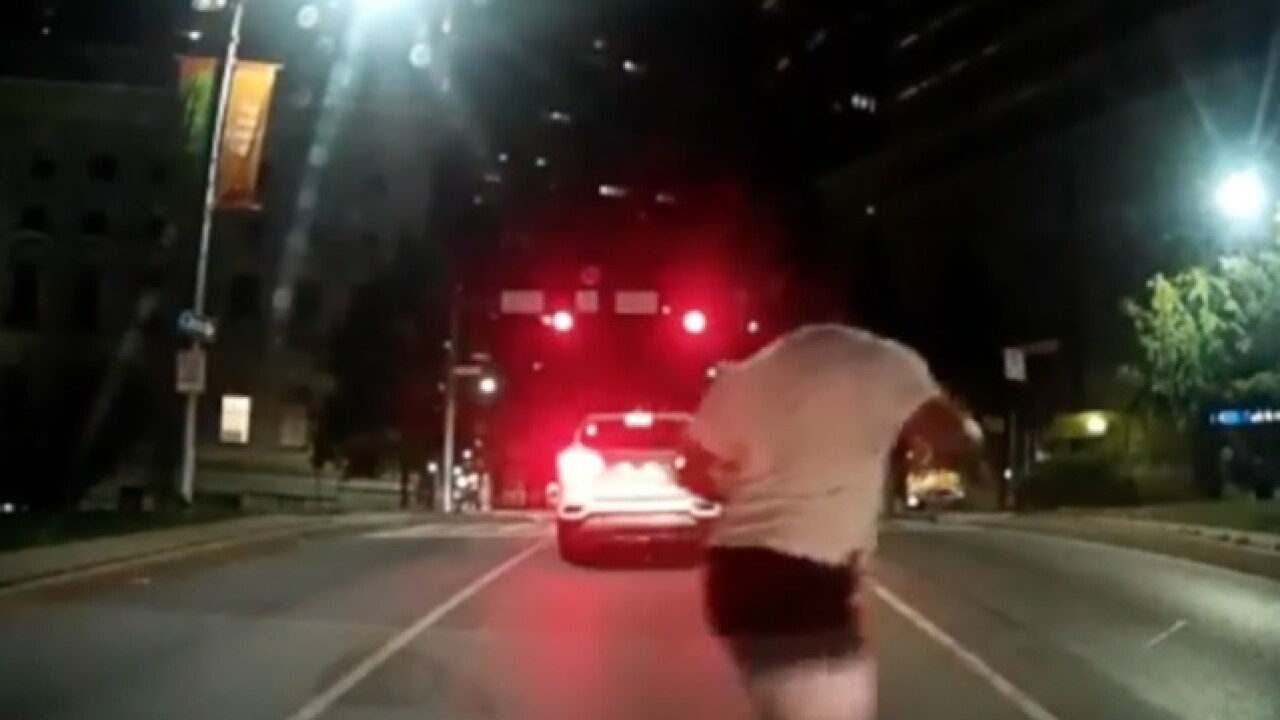 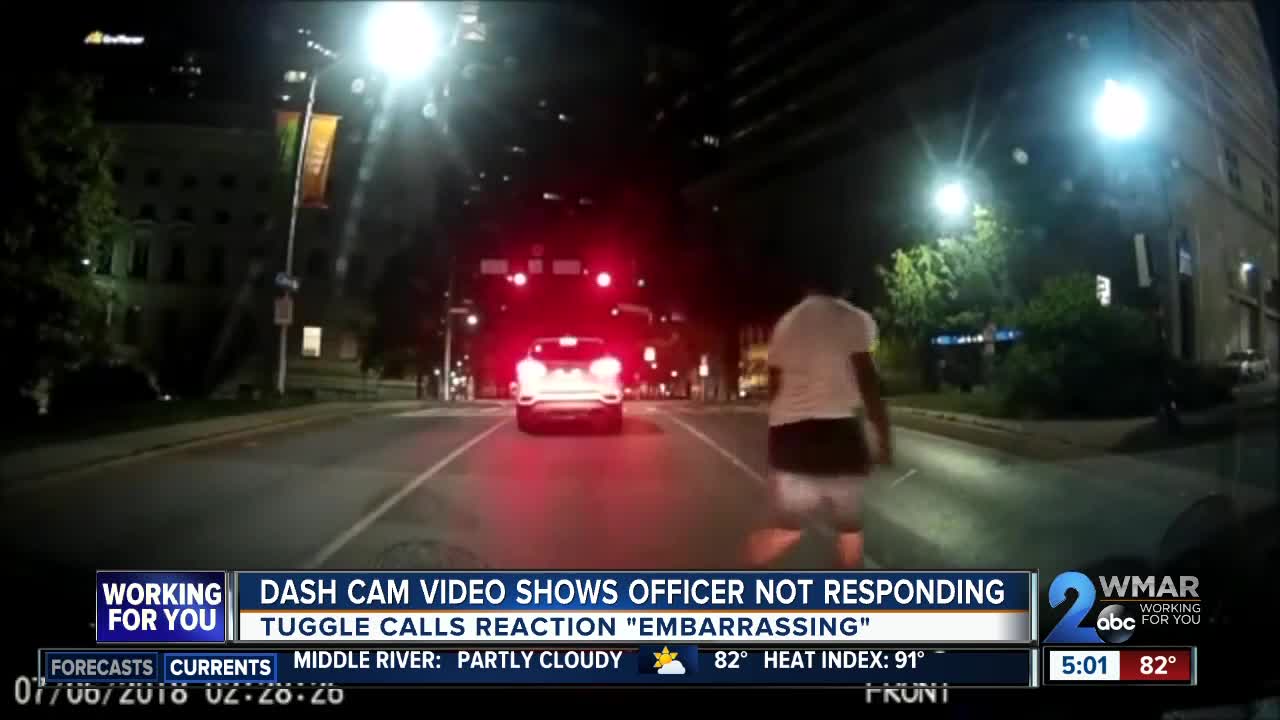 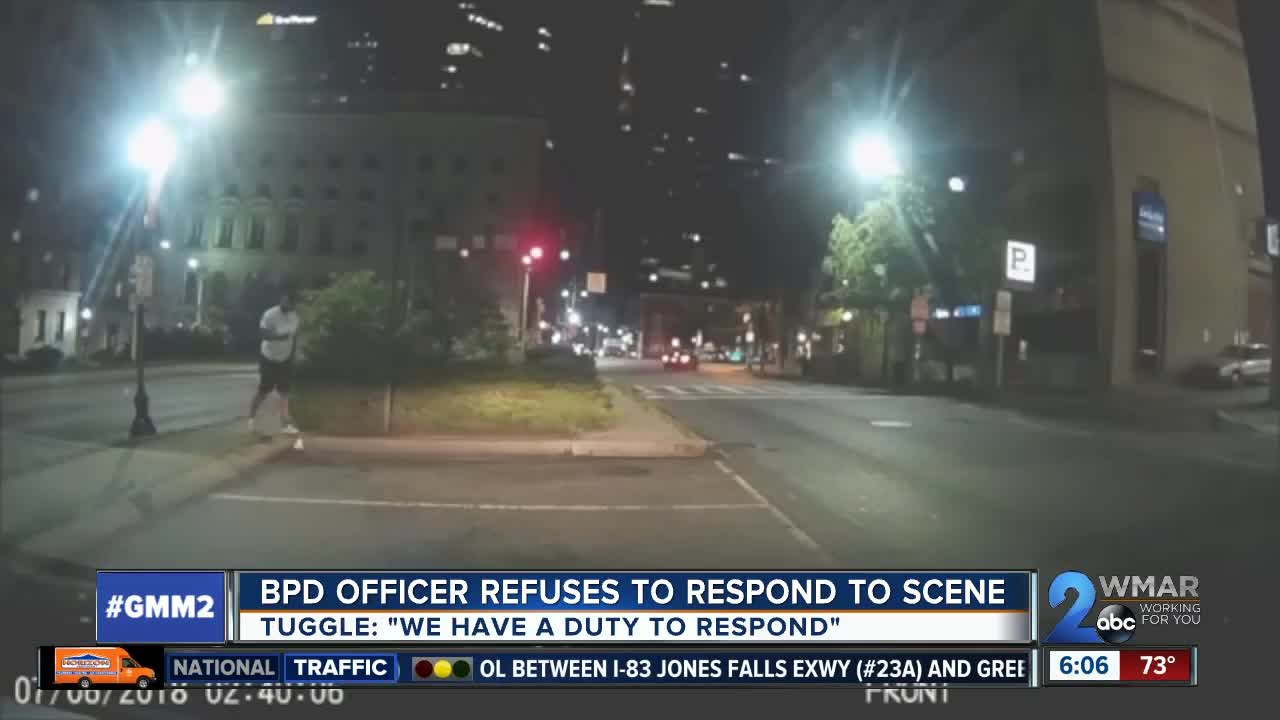 Local media gathered Monday afternoon at Baltimore Police Department Headquarters, where department leaders shared footage of a recent incident that showed an alarming level of apathy in the face of a potential gun crime.

“I want to present something to you I find particularly disturbing,” Acting Commissioner Gary Tuggle said prior to showing the video. “In the interest of transparency I want to bring something to your attention that I find intolerable.”

The video came from a dashboard camera of two Baltimore City firefighters who witness what appeared to show a man walk past their car and discard a gun into bushes near the intersection of St. Paul’s Street and Lexington Street.

The firefighters continue to drive, turning towards Calvert Street where they encounter a Baltimore City Police officer, who is not seen on camera. They alert the officer to what the firefighters just witnessed, and are met with an underwhelming response.

“Right now I’m going back to the station,” the officer is heard saying. “This isn’t my district.”

Tuggle called the incident embarrassing, saying that regardless of what district or role an officer is assigned to, if stopped with a call like this, particularly involving a weapon, your duty is to respond.

“If you wear this uniform and this badge, it says 'Baltimore City,'” Tuggle said, “and you’ve got the responsibility to serve any place in the city.”

Tuggle said the firefighters did what the police would hope citizens would do – alert officers to potential crimes in progress or just witnessed. The officer should have called in for additional back up and began responding to the information she was told, Tuggle said. The gun was eventually recovered in a sweep the following day.

“An armed person is a priority call,” Tuggle said. “We expect officers to immediately respond to that.

“At the end of the day, I don’t care who you are or where you are in this city,” Tuggle said. “Everyone deserves a police department that responds.”