New billboard wants to save rats in Baltimore 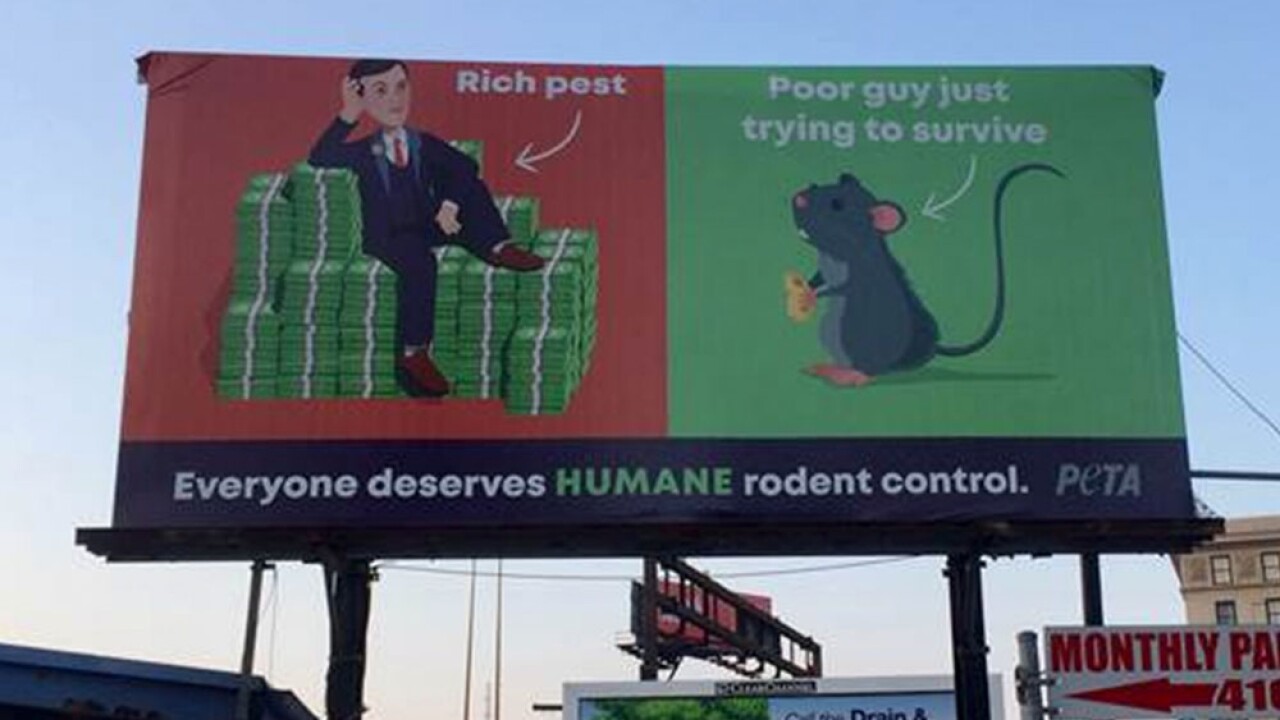 BALTIMORE — There's a new billboard in town and it's here to save the rats in Baltimore.

After President Donald Trump's recent comments on how Baltimore is a "rat and rodent infested mess," PETA wants to make sure city residents know that there is an effective and non deadly way to get rid of rats infesting the city.

PETA says President Trump made rat comments about the city even though his son-in-law, Jared Kushner, owns several local apartment buildings where residents complain that there are rats. With the billboard, PETA wants to make a point that there's a difference between a "rich pest" and a poor fella [rat] just trying to survive on crumbs.

With the organization's new campaign they are hoping to offer alternative ways to humanely control rodents they say feel pain like any other human. PETA says Johns Hopkins University researchers who studied rat populations suggest an effective way to control rat populations is to reduce the amount of food, water, and shelter available. They also say states such as New York City, Chicago, and Washington, D.C., have launched pilot programs that give birth control in rat-populated areas instead of poison, rendering male rats infertile and causing females to reach menopause more quickly.

Here are their following tips:

The billboard is located on N. Gay Street, 120 feet south of the intersection with E. Saratoga Street, near City Hall, the Baltimore Central District Police Department, the District Court of Maryland, and the Housing Authority and City Department of Transportation offices.