Nearly one year in, Roca is chipping away at juvenile crime in Baltimore 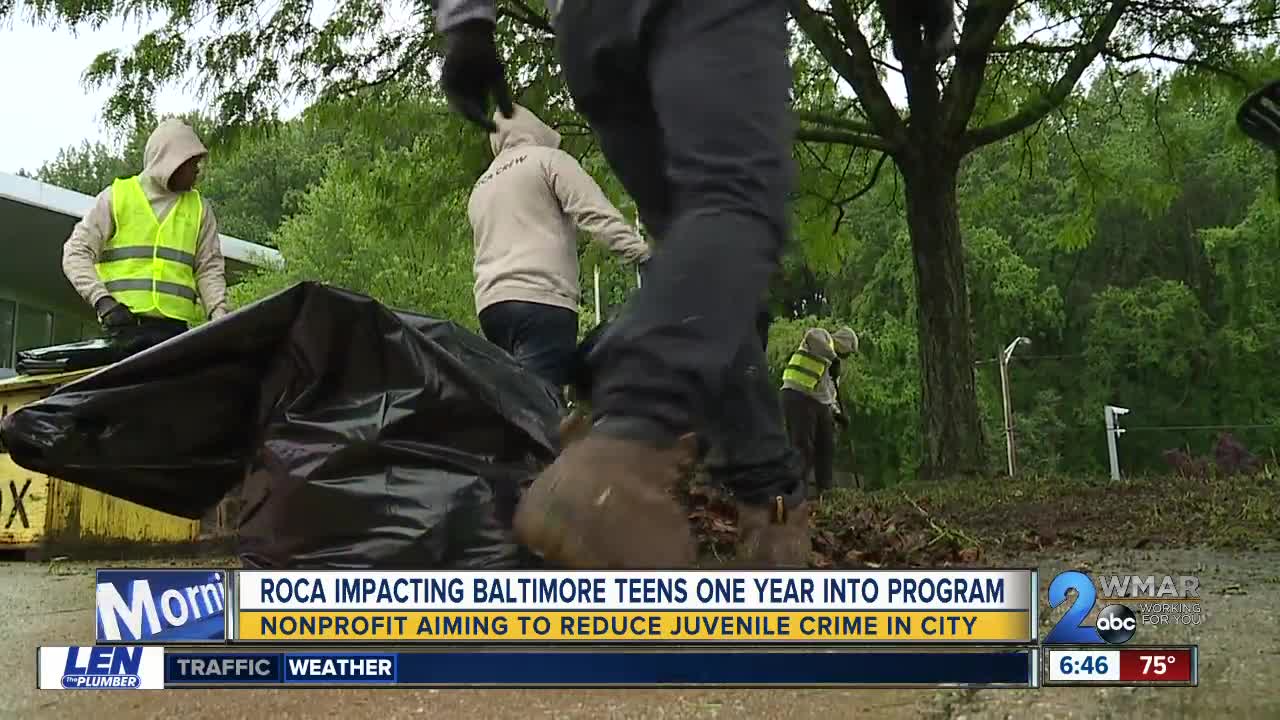 Nearly one year into the program, Roca is already impacting young men in Baltimore working to reduce the narrative and numbers of juvenile crime in the city. 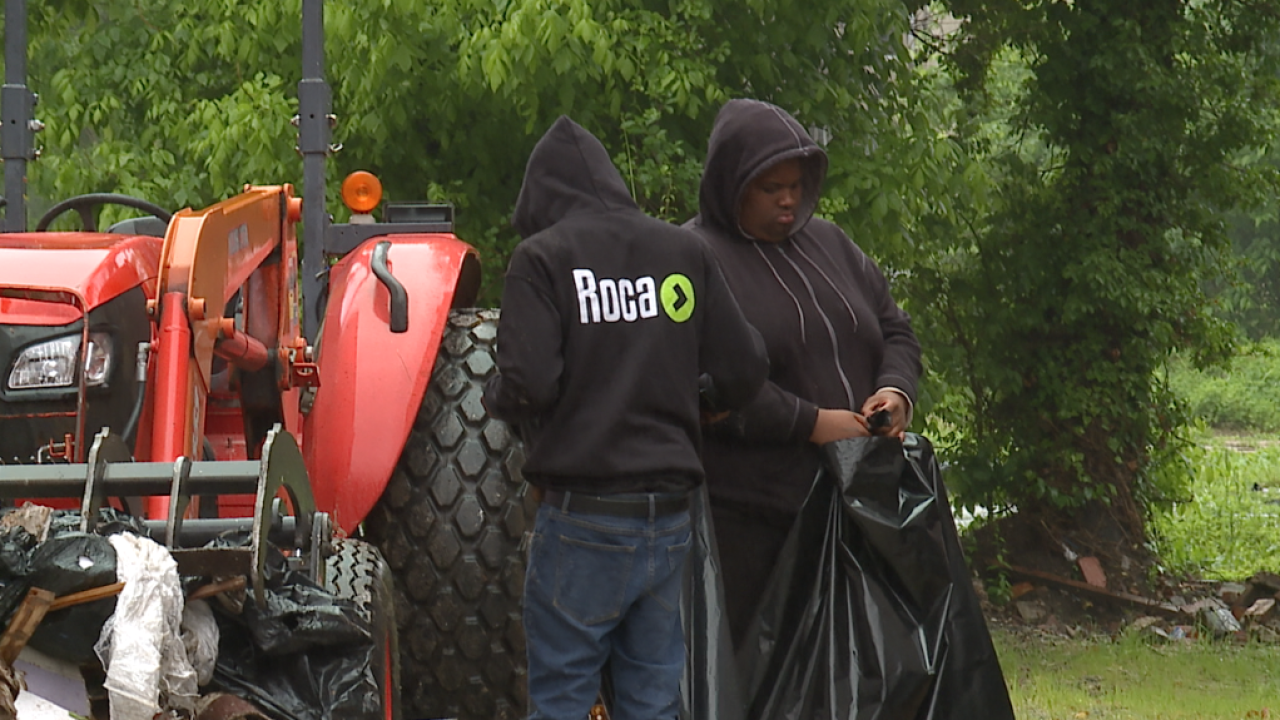 BALTIMORE — Even on a mucky Monday, there's a certain joy within a work crew on Harlem Avenue in West Baltimore.

The joy is in the work and in the road to redemption.

Chase is from West Baltimore.

He takes pride in that, though the temptations and looming trouble there took him in and out of jail and at one time onto a hospital bed.

"I came from Gilmor Homes – home of Freddie [Gray]. When I was 16, I was shot. I was thinking I should find another way to pursue my life and found Roca when I got arrested on a drug charge," Chase said.

In the three to four months he's worked with his brothers, he admits the program changed his lifestyle.

The same can be said for 17-year-old Malachi Chisolm, who's as confident as he is gregarious, but was on a much different path – at one point even dropping out of school.

"I talk to people every day about Roca because I tell people it helped me change my life. I started out rough at a young age – lost my brother, father, at a young age. So I started falling off the wrong path and the people who were there to help me stay on track weren't around anymore. So I kind of fell off," he said.

Roca not only provided him structure, but a road map for a future.

"When I started with Roca, I starting taking my GED. Now what I'm doing now, I passed my GED and now I'm certified with my GED. They helped me get my permit and they have me working now and trying to get another job," Chisolm said.

"The one thing that sticks out to me that the young men that have been involved in the program, is they just thought that we were like everybody else," Timpson said.

In the near year Roca has had boots on the ground in Baltimore, the non-profit has already begun chipping away at the narrative and the numbers.

A report released from the Abell Foundation, a nonprofit dedicated to 'enhancing the quality of life in Maryland – particularly in Baltimore,' showed that while juvenile arrests have been on a steady decline since 2012, the number of kids charged with violent crimes increased those statistics.

Add on the seismic murder rate in the city, and those at Roca fear the influence on its young people can be lasting.

And Baldwin, Palermo, and Timpson believe in that change.

The same relentless outreach and attempts at working at the cognitive behavioral theory that impacts those up in Massachusetts were Roca was founded is having an effect on those in Baltimore.

And it's not only rubbing off on the young men in Roca, but its community partners.

"They don't back down. They're very consistent in their efforts to work with young people so that certainly is a positive," Robert Shipman, with the Maryland Department of Juvenile Services, said.

Shipman is in charge of placing young people in rehabilitative programs after they've made their way through the court system. While he admits he was initially skeptical of Roca, he's now one of the program's biggest champions.

"It's like they expect some push back, some resistance, and yet they still are willing to go forward and work with that young person. That concept in and of itself is what has caught my attention," Shipman said.

"Part of what works is that we're clear in who we are and what we're not. We're painfully truthful, but we know it's possible," Baldwin said.

It's a push on their part to turn the stigma of Baltimore around for now and the future.

"At that point we would have our first completely graduated class, so we hope that those young men, again, are out of harm's way, are working, maybe even talking to some of the young men that we're working with and our team will definitely grow in the next five years, so that's exciting to think about," Palermo said.

It's turning what for some was considered to be hard times into hard work and everlasting change.

"[Work] ain't really hard. Sometimes it gets fun. Sometimes we split each other up and have a little debate of who's going to finish first. It's just fun – however you make the job. If you make it hard, it'll be hard. If you make it fun, it'd be fun," Chase said.

Roca is aiming at getting 100 young men looped into their program by July. They're planning on building more partnerships in the community, and bringing on more volunteers.