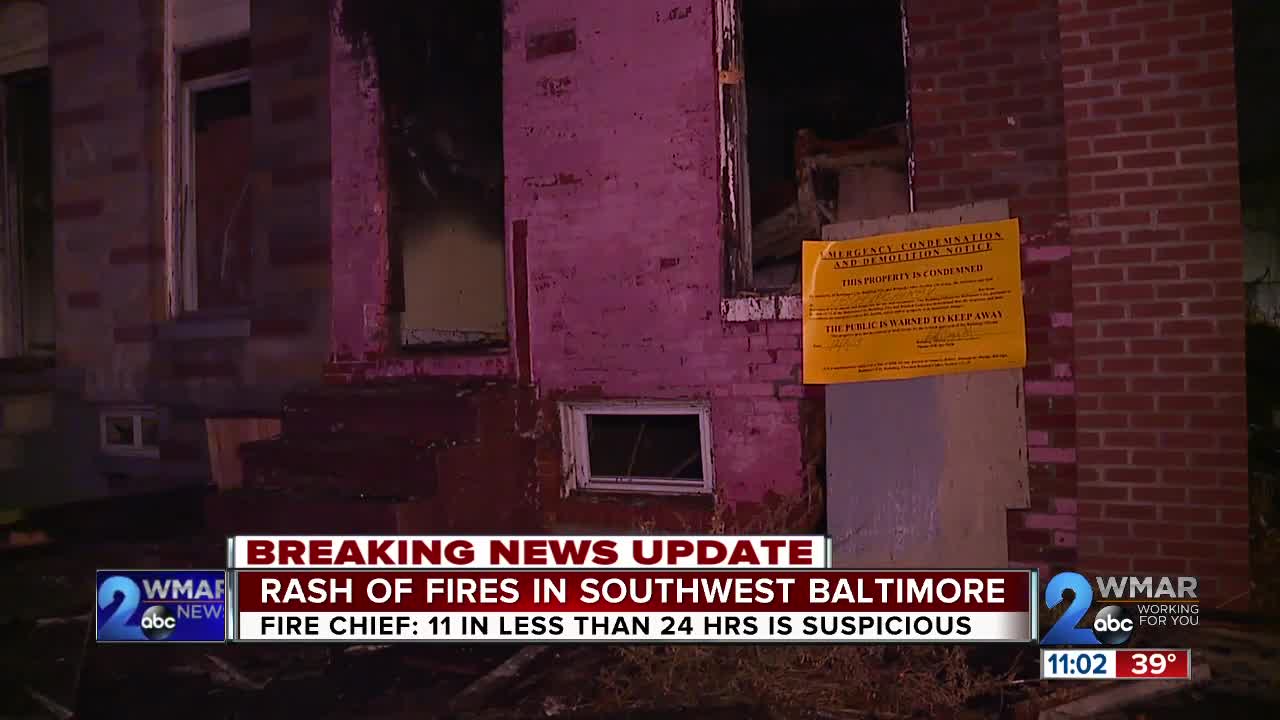 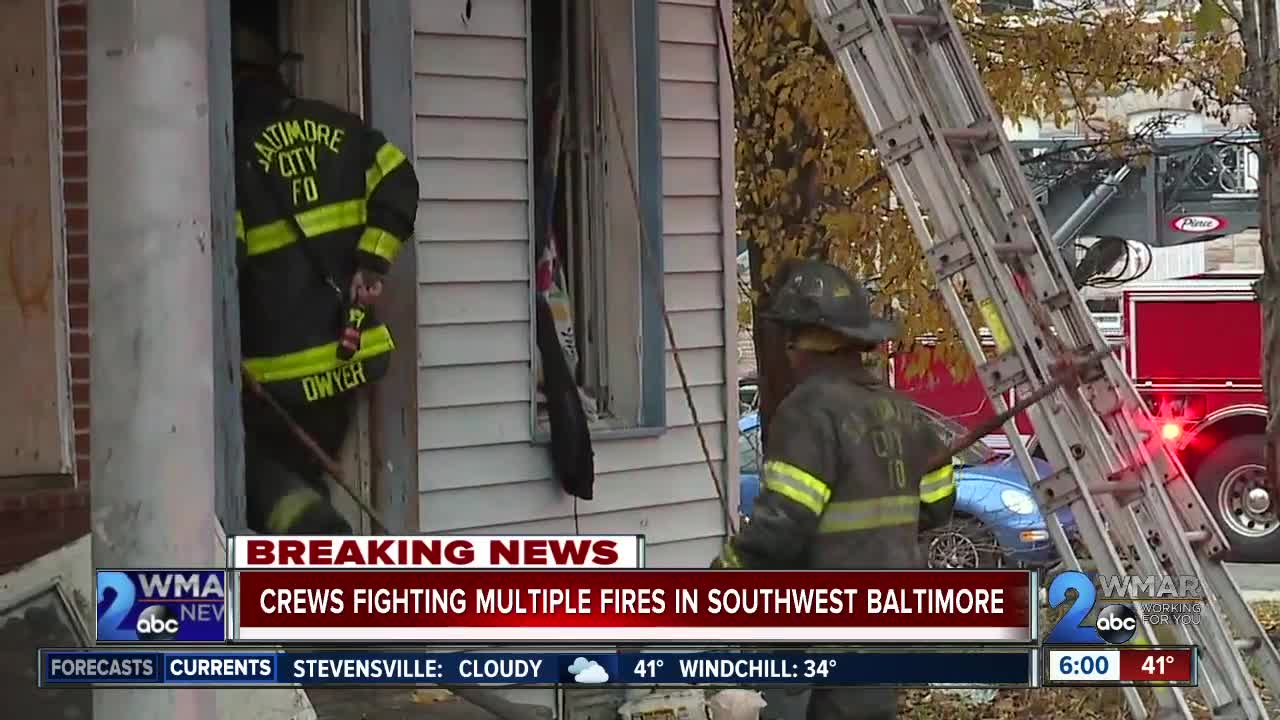 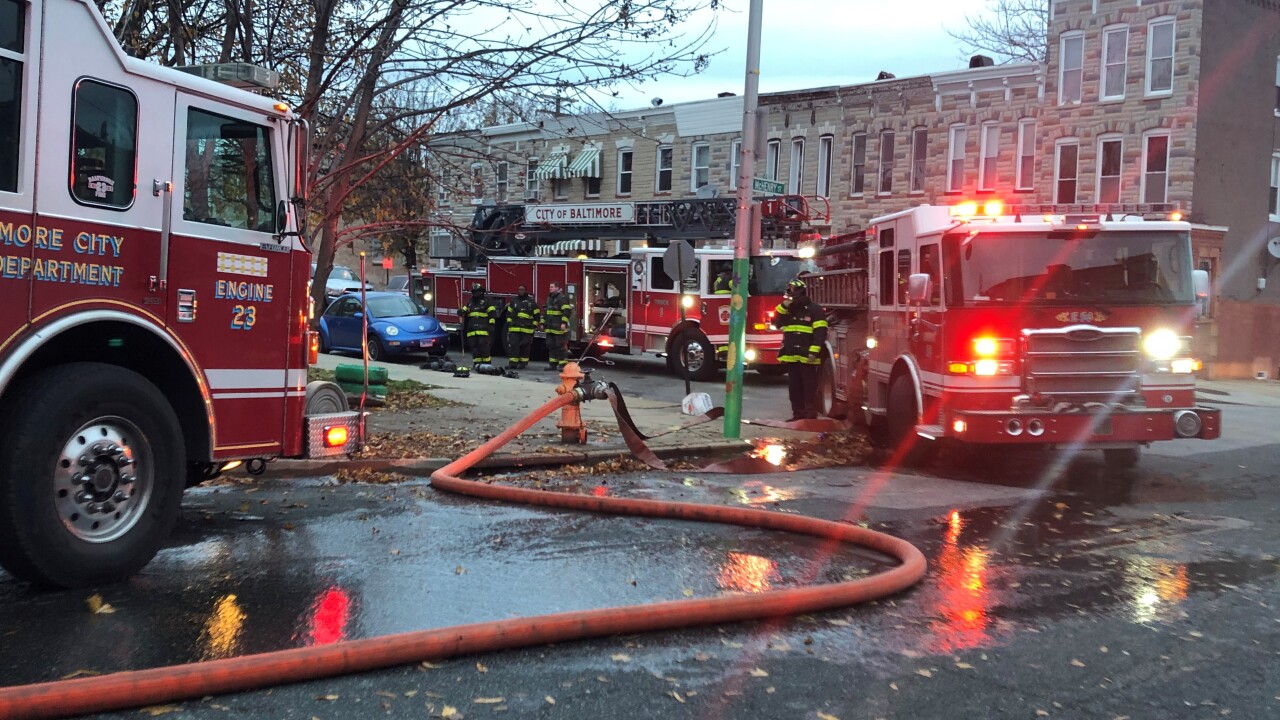 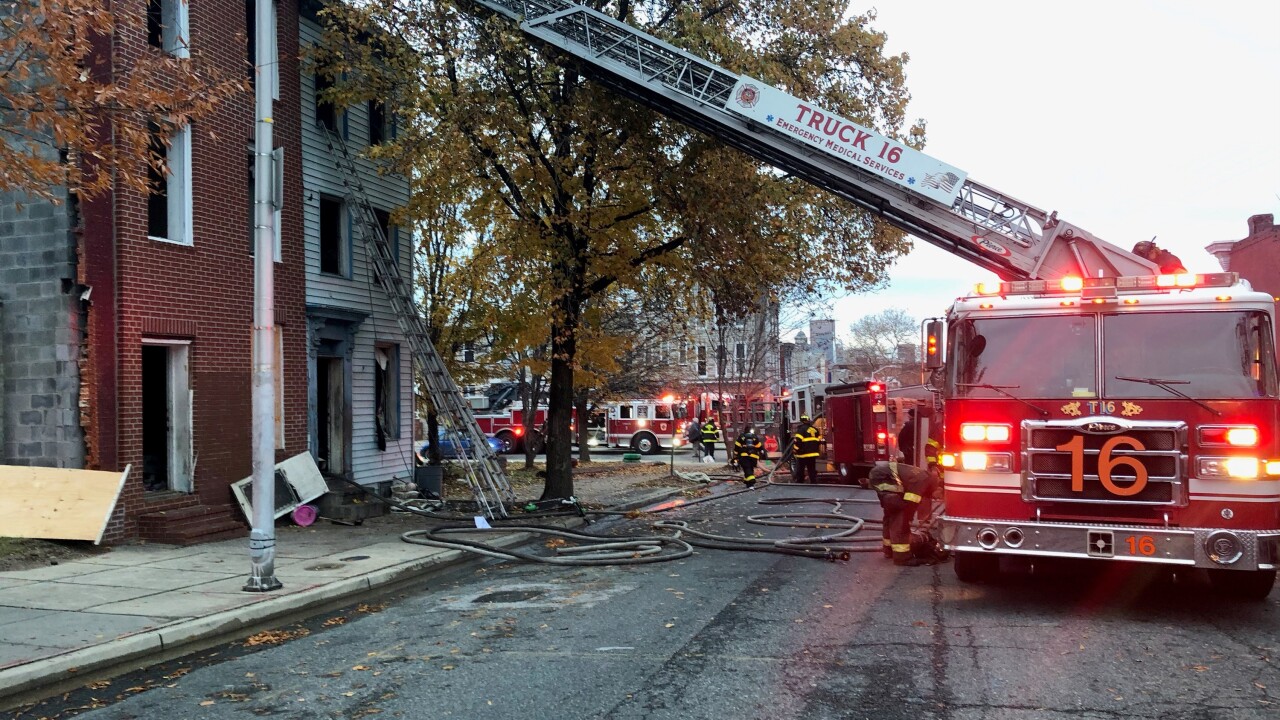 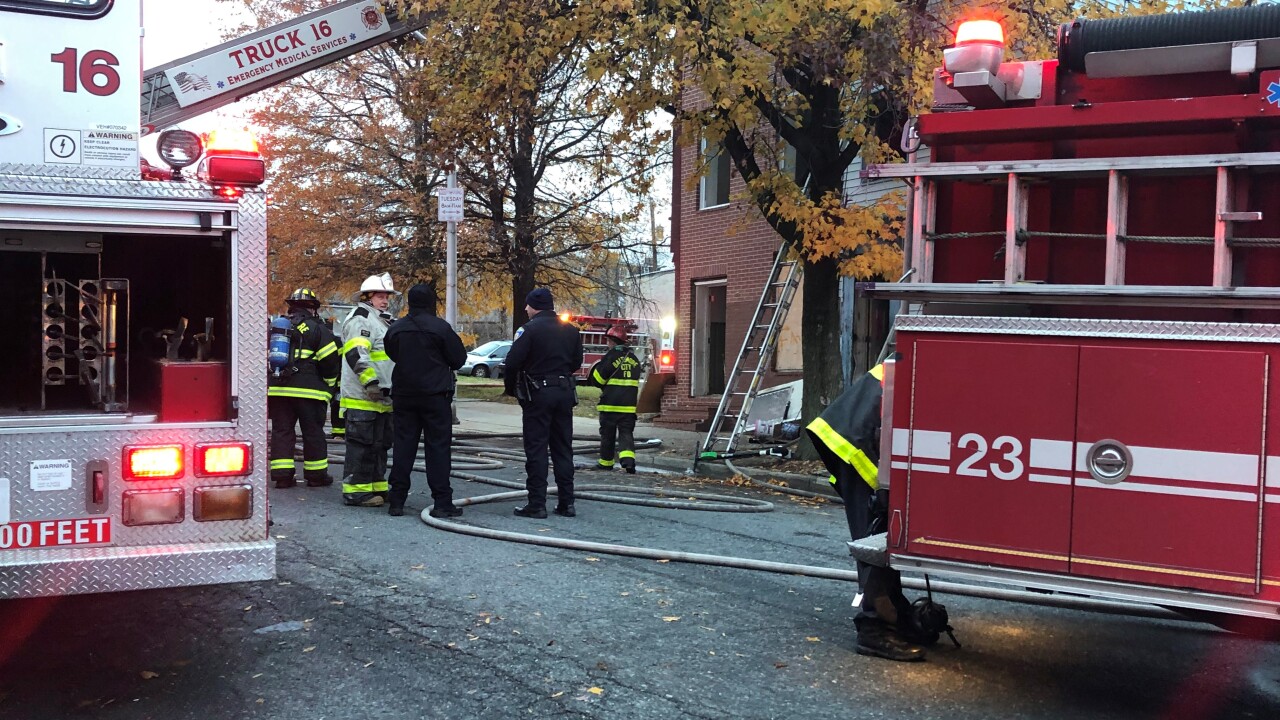 BALTIMORE — Baltimore City Fire crews are investigating a series of fires in the city's Southwest region.

The department told WMAR-2 News that there has been a total of 11 fires in the area from Sunday night into Monday.

"This is a very unusual situation. We had four fires in this area last night. This is the sixth fire within the last hour and half," said Baltimore Fire Chief Roman Clark. He said the fires appear to be suspicious, but fire investigators are on scene working to find out if they are arson.

"This is a very dangerous situation. Our firefighters are going inside of these vacant building and putting their lives on the line to try to extinguish these fires so they don’t spread to other homes that are occupied." said Cheif Clark.

All of the buildings were abandoned homes, none of the fires spread to occupied homes and no injuries were reported. John Stinchcomb who lives in the neighborhood said it's just a matter of time.

"It’s sad. It’s bad for the community and you gotta be scared to death to be in your own house because you don’t know what’s gonna happen," said Stinchcomb.

He wants to see the abandoned buildings boarded up or torn down so this can't happen. He said, "this is getting outrageous because we got fires all over the place. It’s getting crazy around here and they need to do something about it."

Michael Ricketts said those are the only places homeless people have to go. "I've been there. I'm in a shelter now. I'm so grateful I'm not on the streets anymore." Ricketts said.

He doesn't know what happened in the other abandoned home but he believes the one burned on McHenry and Calhoun wasn't arson.

"I know the people who stay there. They don’t have any place to go. I know for a fact that they didn’t start this on purpose because it’s cold, people don’t wanna be stuck with no place to go," said Ricketts.

According to Baltimore City Fire, the fires occurred at:

"I would ask the public to keep an eye out if they see anything suspicious. I would ask they please immediately call 911," said Fire Chief Clark.

WMAR-2 News will update this story with more information as soon as it becomes available.