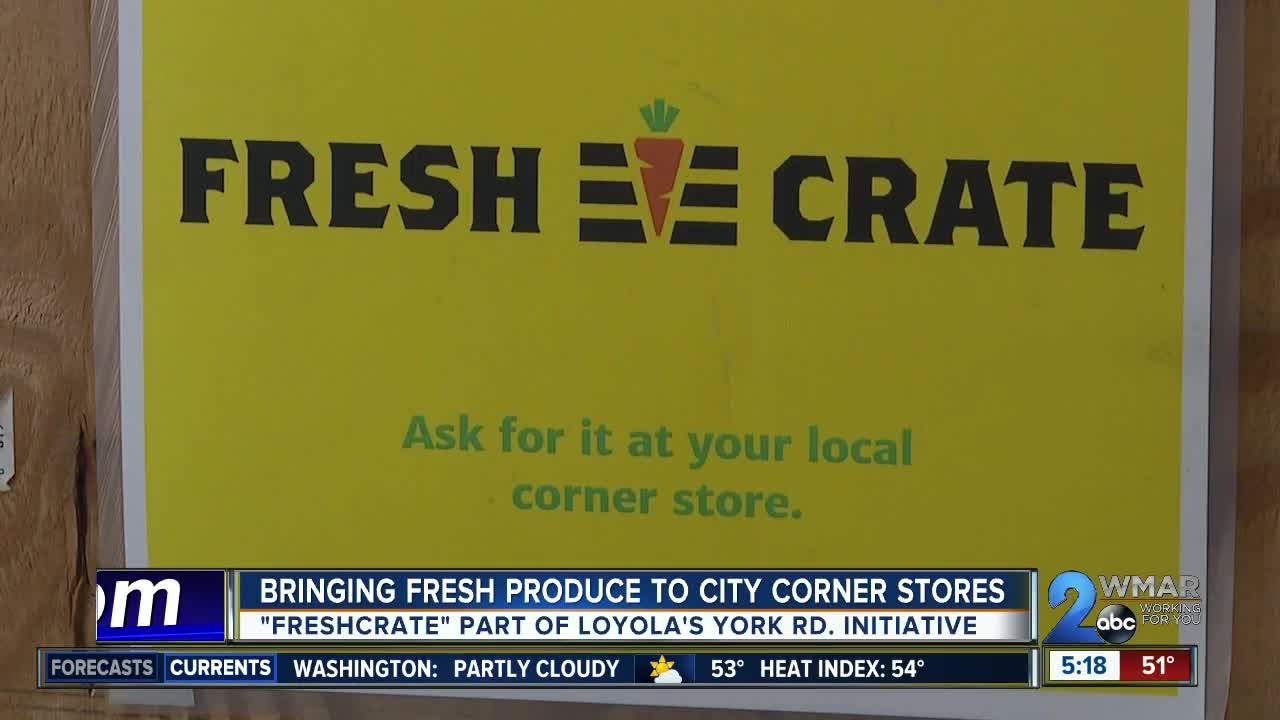 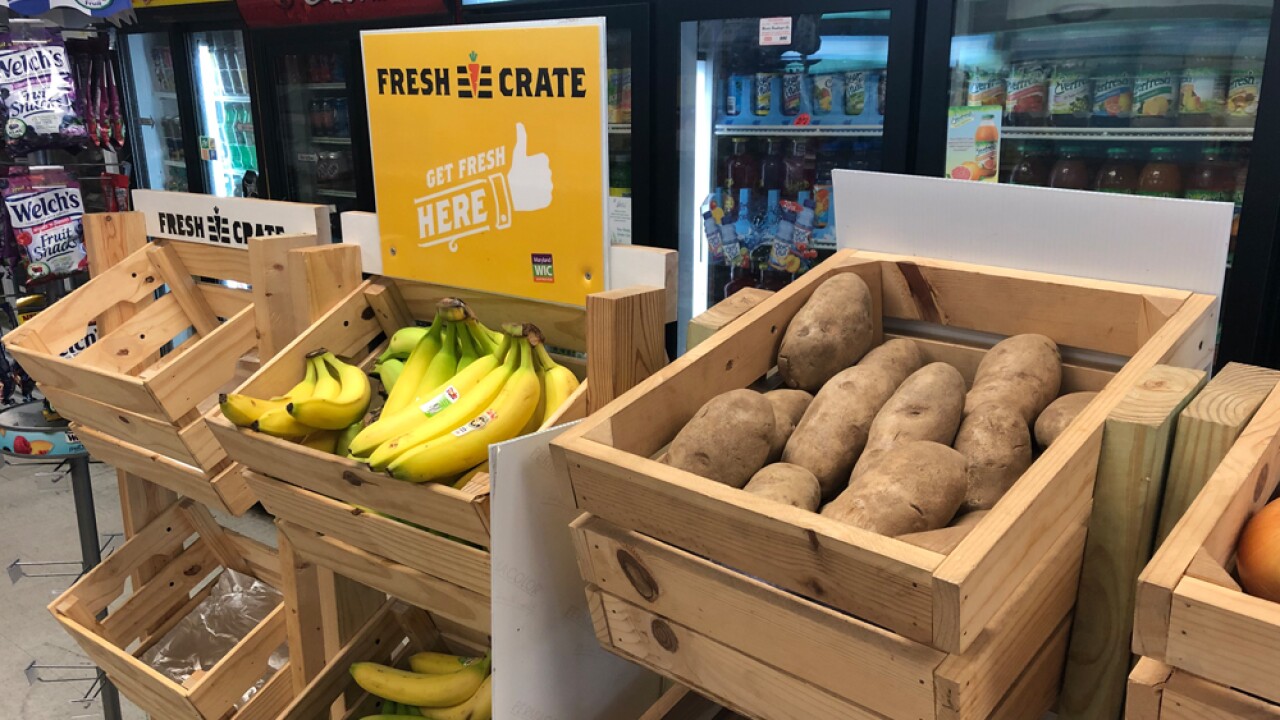 BALTIMORE — At Murray's Family Food Market off York Road in the Govans neighborhood, you can find just about anything you could need.

And if you can't find something, owner Khawar Jamil, a.k.a. Mr. Jimmy, will get it for you.

"Whatever they need, we go and get it," he said.

And that includes fresh fruits and veggies that sit in a display of wooden crates customers see as soon as they walk in the door. The produce is part of the FreshCrate program created by Loyola University Maryland.

"(Customers) come down, they get two potatoes, two bananas, whatever they like and they can get it fresh everyday," said Jamil.

FreshCrate is part of the school's York Road Initiative, which focuses on strengthening the homes and businesses along the York Road corridor in areas like education, commercial revitalization and food access.

"We realized there are amazing store owners in this area like Mr. Jimmy who have been here for decades, who know every single person who is walking through their door," said Marie McSweeney Anderson, the assistant director of the York Road Initiative. "We asked him if he would be willing to carry fresh produce and continue his role as being a neighborhood anchor."

When a store owner buys produce from a vendor, an additional charge is usually applied to a small order, according to McSweeney Anderson. Loyola works as a middleman to get corner stores like the Family Food Market small quantities of fresh produce without having to pay a high delivery charge. They will also help with delivering the produce to the store.

"We try to make it as easy as possible for our local corner stores to carry produce because it's not just a benefit for them and getting people in the door. It's a benefit for the entire community," she said.

McSweeney Anderson said they work with about five corner stores between the 5000 and 5400 blocks of York Road.

Jamil said having the fresh produce is good for business.

"We're getting more customers, the customers are happy, and, at the end of the day, if you make one family happy, that's it," he said.

Loyola alone cannot solve the food desert problem in Baltimore, but it is doing what it can through the FreshCrate program to bring healthier options to neighborhoods like Govans.

Loyola also has a partnership with GEDCO Cares food pantry in Govans. They give out coupons to low income families so they can buy produce at corner stores that have FreshCrate.

The school also runs the Govanstowne Farmers Market, which will restart in June and run through September.