Built Upon a Dream special airing Sept. 7 on ABC2 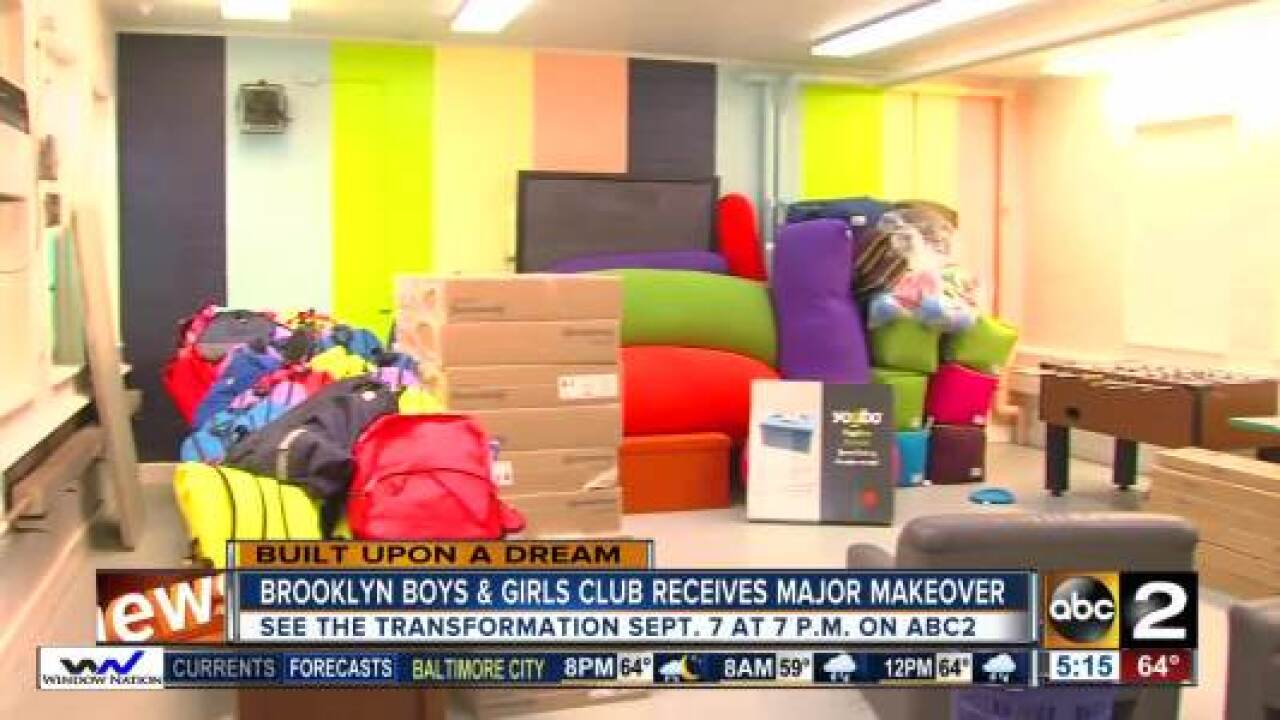 A local Boys & Girls Club is getting a major makeover. The Brooklyn O’Malley Club was selected to be the 2017 Built Upon a Dream recipient.

Every year, ABC2 teams up with local companies to complete renovation projects for a community organization in the Maryland region.

The Brooklyn O’Malley Club was built in the 1950's. It lacked modern-day enhancements, but still served a purpose.

“It was serviceable and our kids had a place to go, which is first and foremost the most important part about this,” said Matt Death, vice-president of corporate partnerships for the Boys & Girls Clubs of Metro Baltimore.

Death said the center worked but it wasn't what the kids deserved.

“It’s no more, ‘well, you get the bare minimum.’ Now they have place where they can call home and really embrace it and grow with it,” said Death.

And thanks to Built Upon a Dream, the many corporate sponsorships and volunteers, the center is getting a full facelift.

A team of workers updated the flooring, painting, furniture, fencing, landscaping, and electrical.

“Oh, it's huge transition from where it was. I mean, the before and after pictures, it's a 180. It really looks nice from where it was before and I think the kids will get really good use out of it,” said Dan Sharpe, managing director and SVP of Manekin Construction, LLC.

“I was hoping that they could have it as an area where they could relax, communicate, talk, and enjoy themselves while they're here,” Sharpe said.

To him and the other dream team members, the renovation is about giving kids a place to go, a refuge, and encouraging environment.

“We are here to make sure that our kids have a safe place to be. We are here to make sure our kids have a meal even when that's not always provided at home and really and truly we need a place where our kids can grow together and learn the right way, whatever that might be whether it's academic, whether that's prevention, whether they're just looking for a safe space” said Death.

The enhancements will also allow the center to welcome more kids.

Before Built Upon a Dream, the club was at capacity and even had a waitlist. The renovations will now allow them to serve about 25 percent more kids, upping their max number from 85 to about 100 kids each day.

“This would've never happened. This would've just been a dream of ours, so fortunately, Built Upon a Dream was actually able to build that,” said Death.

The renovations are scheduled to be complete mid-September.