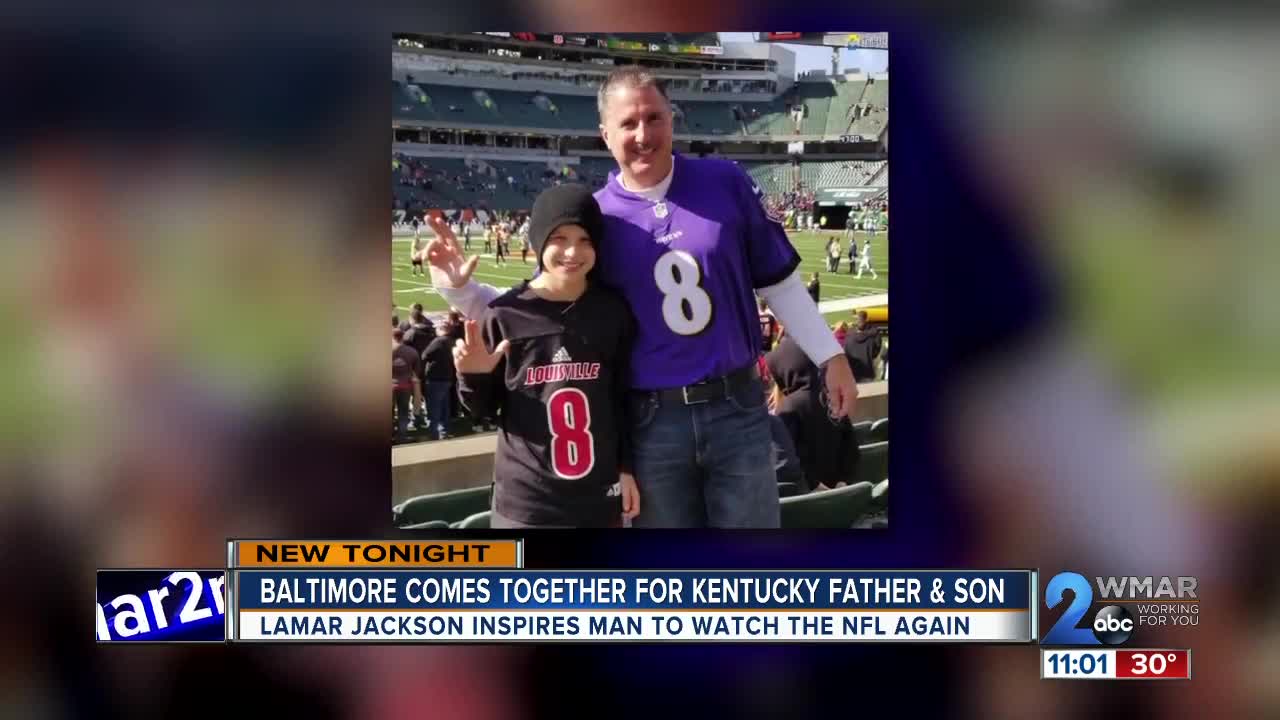 Thursday night football in Baltimore means thousands of fans at M&amp;T Bank Stadium. Among those fans was a father and son from Louisville, Kentucky. 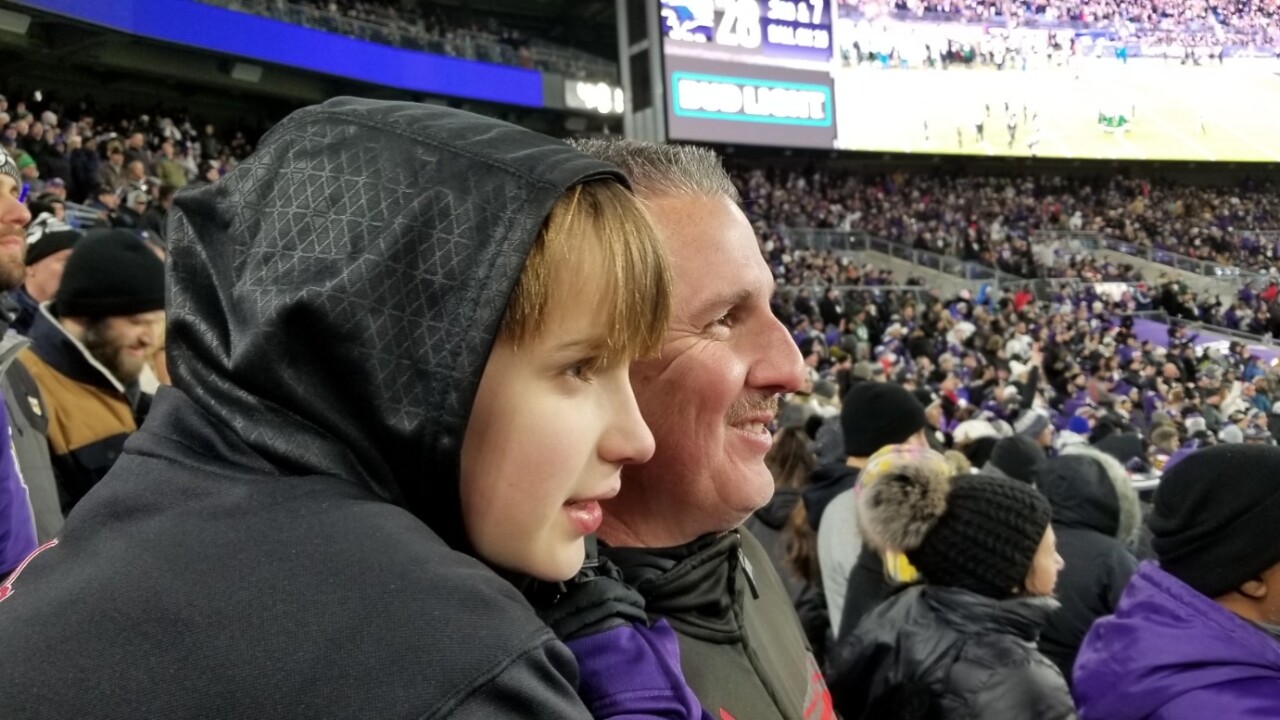 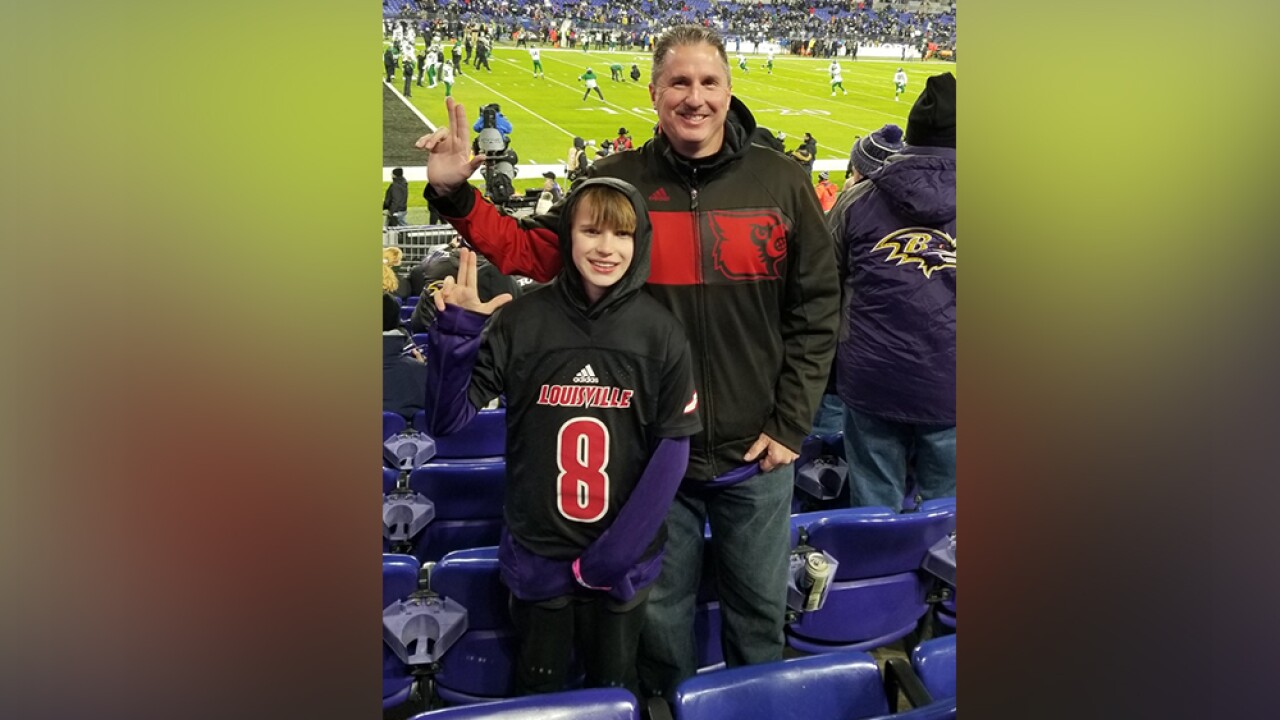 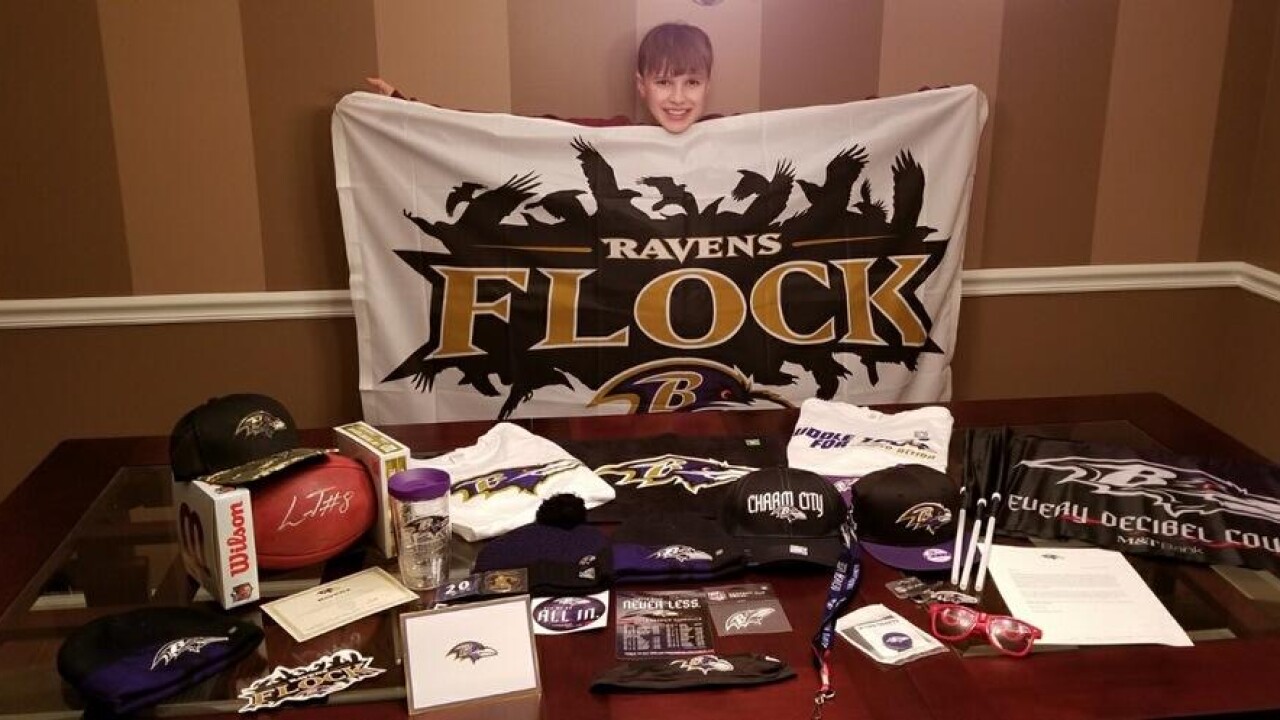 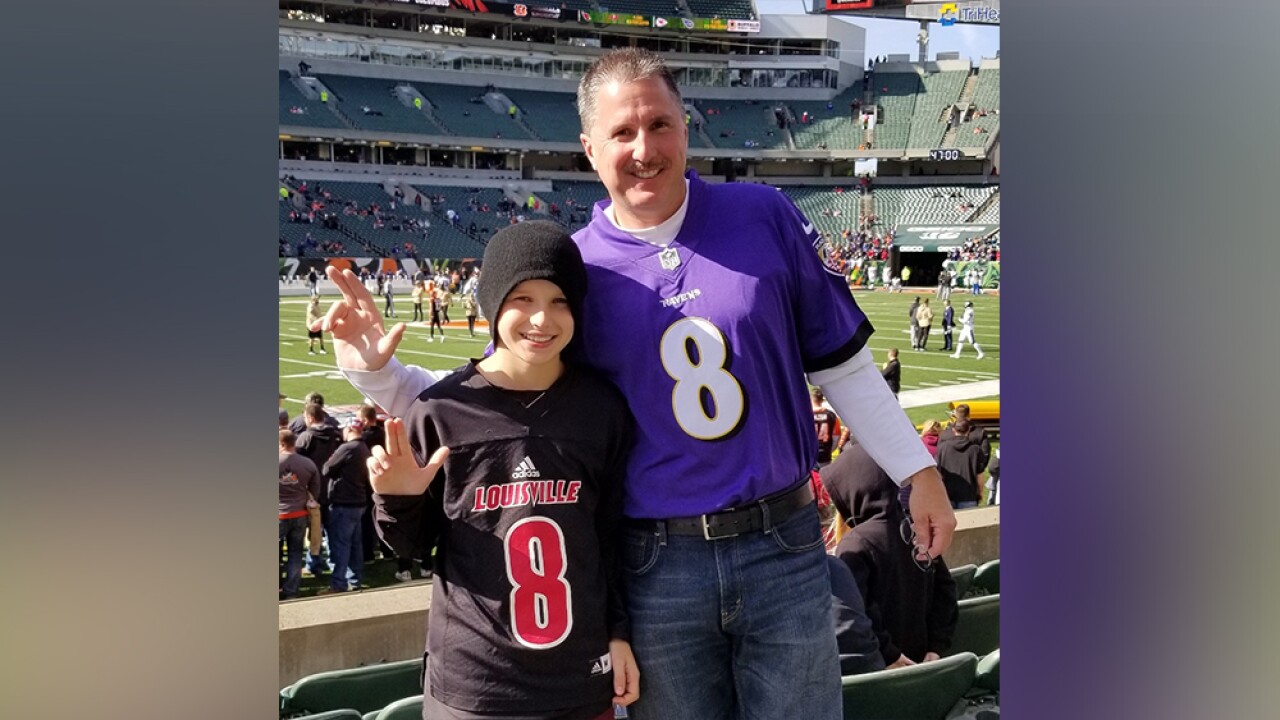 BALTIMORE — Thursday night football in Baltimore means thousands of fans at M&T Bank Stadium. Among those fans was a father and son from Louisville, Kentucky.

Tim and TJ Heil came all the way to Baltimore to see Lamar Jackson play. They watched him throughout his college career.

"We watched Lamar every week and we knew he was something special," said Tim. They even saw Lamar play against the Bengals in Cincinnati, which was an emotional game for Tim.

This was Tim's first profession game. Something he avoided after his father died when he was a teenager.

"On November 3, 1985 we were outside shooting basketball, my father and I. We got into a little bit of an argument about Louisville and Green Bay Packers. He nudged me in the gut. I got mad, said a few choice words and ran off like a normal 15 year old kid would," said Tim. By the time he got home, he found out his dad died of a massive heart attack.

As time went on, he wanted his sports loving son to experience the game he loved with his dad.

"I felt like I was doing an injustice to my son because he needs to experience some of this." So he slowly started incorporating sports back into his life.

"Not that he can go through it with me, it's good," said TJ.

They eventually became season ticket holders to Louisville football games but NFL was still off the table until Lamar Jackson made the Baltimore Ravens team.

Shortly after the Bengals game, he saw Lamar Jackson wearing a shirt that said 'nobody cares, work harder.' He said that phrase reminded him of the day after he lost his dad, when his family was struggling so he posted on twitter.

He posted a picture of TJ and him at the game thanking Lamar and thanking Baltimore.

Thursday night in Baltimore he said, "I had no idea a month later I'd be standing here."

That's where Tony Lombardi comes in. He's the creator of Russell Street Report.

He saw Tim's tweet and tweeted him back, asking if he wanted to share his story in a few more characters than twitter would allow. Tim wound up writing a guest blog and Lombardi took it a step further, making it his mission to get Tim and TJ to Baltimore for a game.

"When I saw this story it touched my heart strings and I said this is why I gotta do this. I gotta do something for this family," said Lombardi. He got the Ravens involved who donated an entire package of gear and a signed Lamar football. Ticket IQ donated tickets for the father and son. BMORE Around Town donatd parking and Fairfield Inn in White Marsh donated a hotel.

"I'm here with my son. We share a lot of Ravens memories. I hope their future holds a lot of things my son and I shared," said Lombardi.

An exciting experience for TJ and a little overwhelming for his dad.

"I just feel like I need to say thank you to every body. Thank you," Tim expressed before they headed into the game.