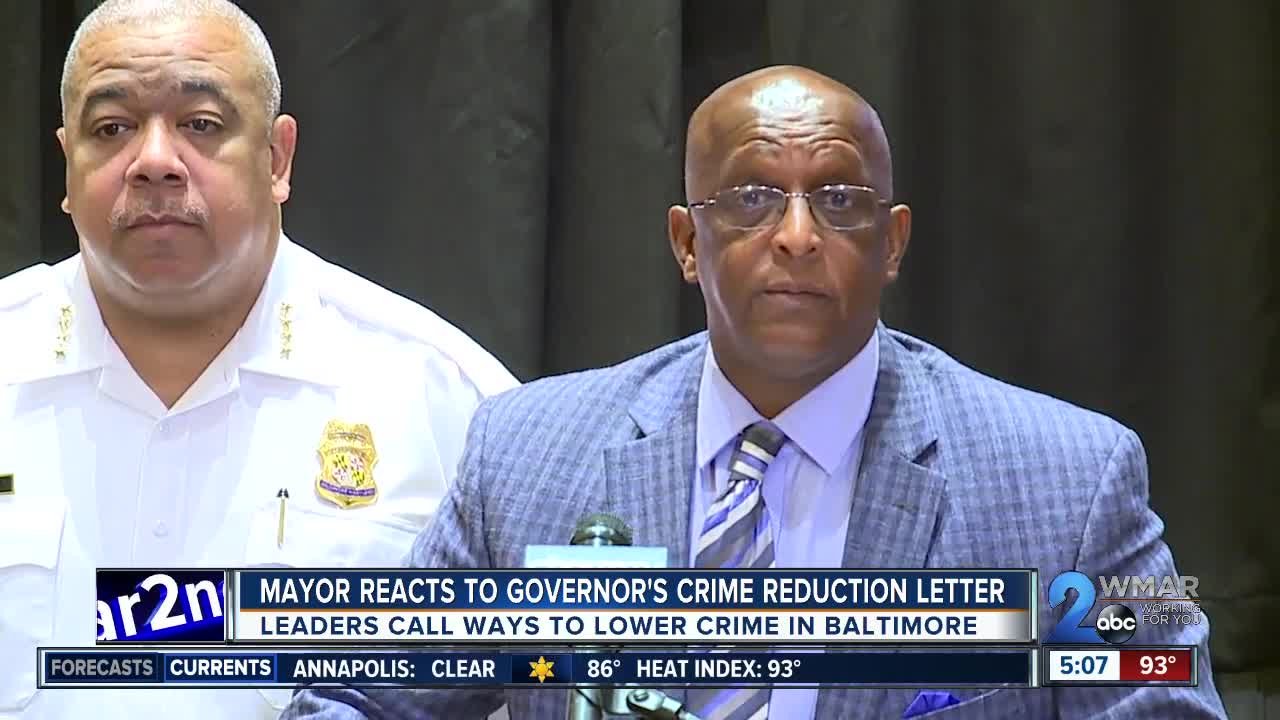 A week after the U.S. Attorney's Office announced plans to invest money and resources into Baltimore to help reduce crime, Governor Larry Hogan says he's willing to put $21 million toward the same issue.

In a letter sent by Hogan to Mayor Jack Young and Police Commissioner Michael Harrison, the governor acknowledged while there is no single solution to the problem, 'a commitment to accountability and transparency' is what Baltimore needs to reduce the numbers.

"There are several items listed in the letter that we're going to sit down with his administration and work through them. The governor pledged his support to me and we're going to keep engaging the state in trying to make our city safer."

The mayor, who'd said he only read the governor's letter Wednesday morning, repeatedly said his office will meet with Governor Hogan's to fine tune both their and Commissioner Harrison's vision for a safer Baltimore.

Beyond the 'status quo' plan, Hogan says, Harrison put out this summer, the governor wants to see more measurable benchmarks to lower crime including getting the homicide number back below 200 -- a statistic the city hasn't seen in since 2011 where the homicide count was 197.

"It's absolutely not a 'status quo' crime plan. It outlines many things that we do no have and have not had. It talks about comprehensive strategies to reduce crime, but it's also a five-year transformational plan and its a plan that we had not had for many years. It's the first of its kind that we've had in many years," Harrison said.

What would be a first, Hogan says, is the proposed 'eye in the sky' -- the surveillance plane that would orbit a third of the city and would be activated when violent crime was reported.

The system, which wouldn't cost the city a dime, was turned down by police initially, but Hogan is urging the city to implement the program, along with using the next legislative session to toughen up on repeat violent offenders, a problem Young says needs to be addressed.

"We have to do something. What that is -- I can't speak to right now. There's nothing that's been introduced as far as I know, so we're going to work with our delegation and the governor to come up with something," Young said, referring to legislation that would create tougher sentences for those violent offenders.

The governor ended his letter saying the time for action 'is now.'

Young and Harrison said they're working on a time to sit down further with Governor Hogan to talk about what's best for the city. Still though, the state is prepared to contribute additional funding as long as the city submits quarterly performance measures to the state.