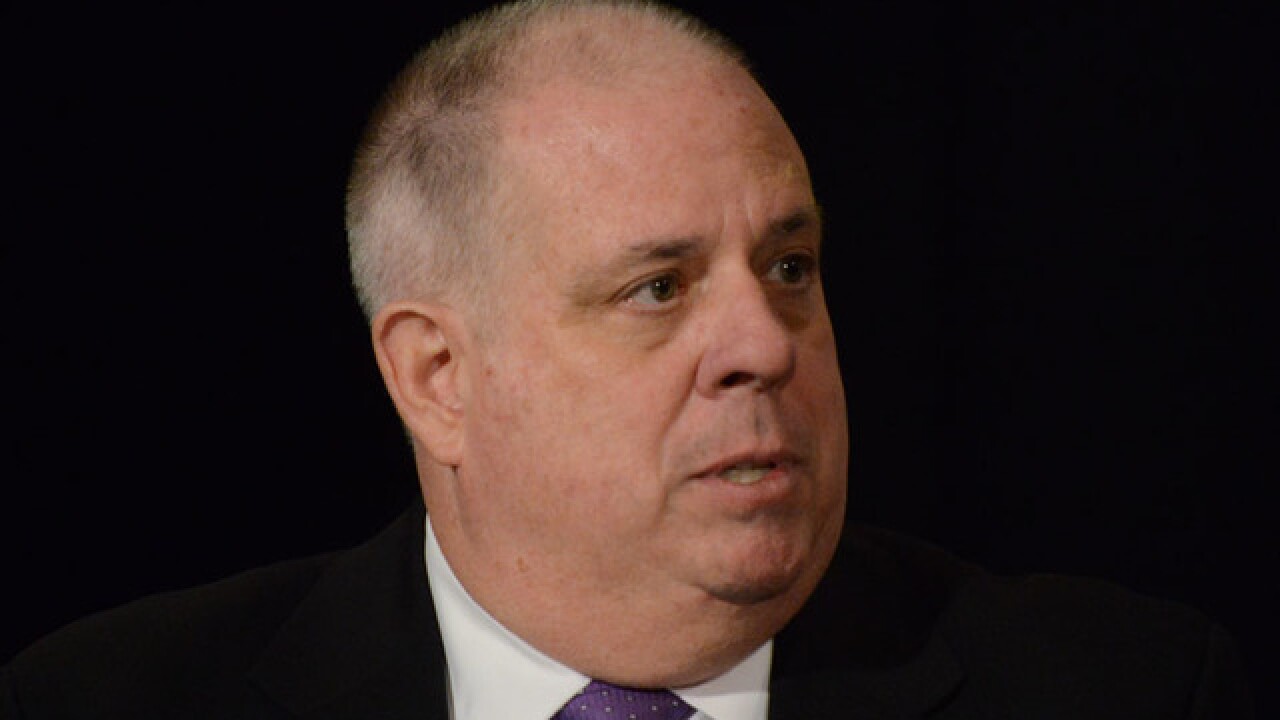 Copyright 2017 Scripps Media, Inc. All rights reserved. This material may not be published, broadcast, rewritten, or redistributed.
<p>Governor Larry Hogan.</p>

BALTIMORE — Governor Larry Hogan sent a letter to both Mayor Jack Young and Commissioner Harrison on Monday, pledging millions to assist the city in fighting crime.

He announced on Monday they will be providing an additional $21 million in state funding for the city, provided that the city submits acceptable quarterly performance measures to the Governor's Office of Crime Control and Prevention (GOCCP), the legislative budget committees meet by October 15, they have quarterly reports thereafter, and create reports on the violent crime reduction targets.

This will also be including the $7 million in requests the city made during the August 23 meeting where Mayor Jack Young, Governor Hogan and Commissioner Harrison went over the Commissioner's crime plan, as well as local law enforcement grants to the BPD and State's Attorney's Office.

To begin the letter, Governor Hogan stated that addressing the violent crime crisis is the "single most urgent issue facing Baltimore City".

He stated that homicides are up 21 percent and non-fatal shootings are up 26 percent.

He stated that while the Commissioners new Crime Reduction Strategy takes some important steps in the right direction, "much of what [they] are proposing represents the status quo and is already being done or has been tried before. The state is already doing much of what [they] recently requested us to do, and we are prepared to do even more. You have inherited a difficult situation, but now is the time to show the people of the city that we are all serious about stopping this deadly violence and getting shooters off of the streets. This must be the focus of our collective efforts."

The Governor urged the use of a sky surveillance plane and encouraged tougher sentences for repeat violent offenders and accountability for violent crime reduction. He also urged officials to set a goal to reduce homicides to below 200 a year.

The full letter can be read below:

When we reached out to the Mayors office they said they have not received the letter at the time of publication and will not have a comment before the end of the day.

A spokesperson for Baltimore Police said that since the Governor sent the letter to both the Mayor and the Commissioner, the Commissioner will not make a comment until after the mayor, per protocol.