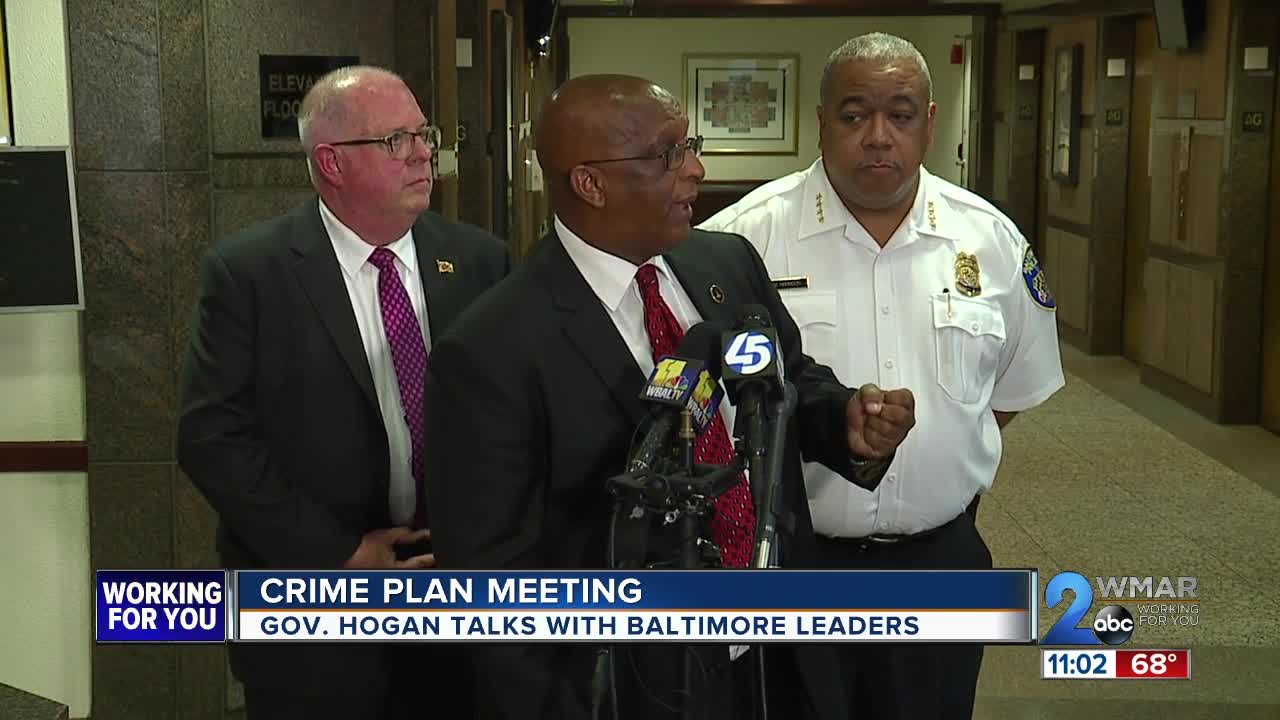 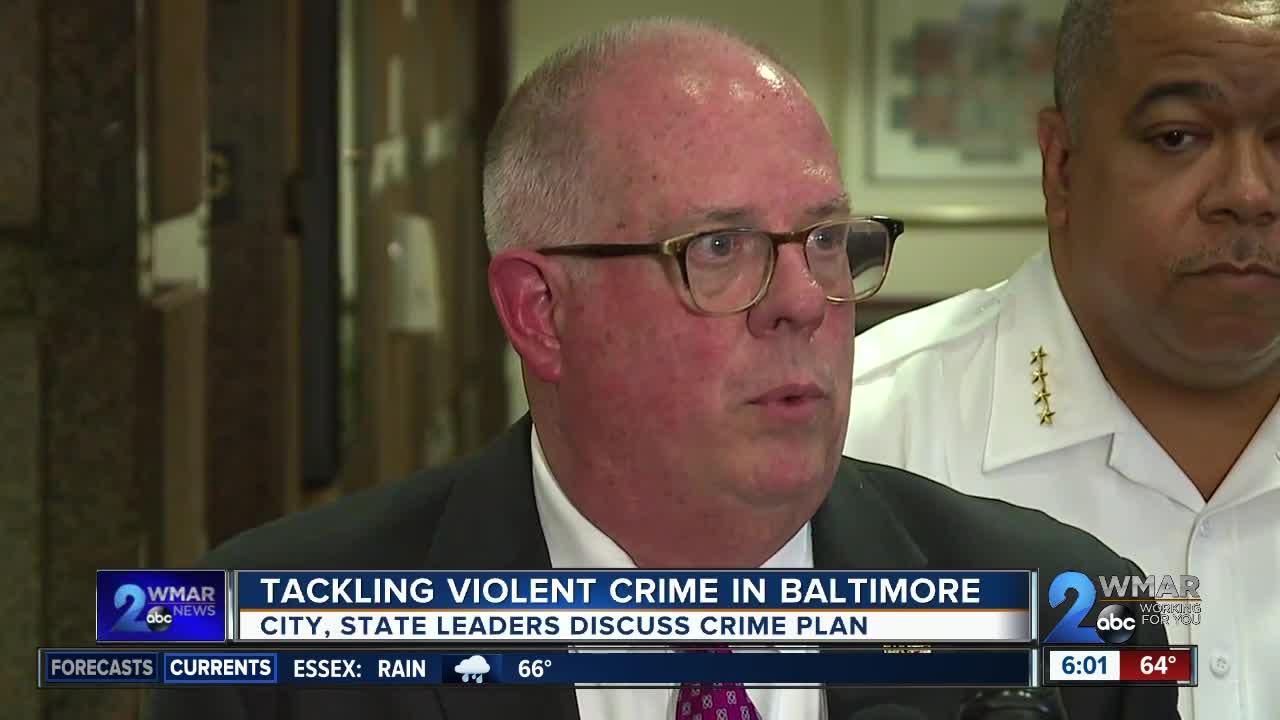 BALTIMORE — Mayor Jack Young, Governor Hogan and Commissioner Harrison went over the Commissioner's crime plan on Friday, at stake is $14 million in funding from the state.

A few weeks ago, Harrison said the first thing he would do with that money is switch BPDS record management from paper to digital.

The staples of the crime plan have been a focus on community oriented policing. One of the strategies that will be implemented is micro zones. Targeting specific areas using crime history over the past five years on gun-related incidents.

The commissioner also put a requirement to not only increase their foot patrols, mandating officers spend 15 to 20 minutes walking around their patrol three times a shift, asking supervisors to log and track those patrols, calling for at least a ten minute response time for all calls and focusing on reducing overtime over time.

The meeting that took place was about an hour and a half and the Governor, Mayor and Commissioner said it was productive.

“We reviewed a lot of great detail in the crime plan that the police commissioner has put together," said Governor Hogan. "We provided input from our team. We talked about some specific requests that they had and how the state might be able to continue to provide assistance to the city.”

In a release following the meeting, Mayor Young said it was a wide ranging and productive conversation about the vision for Baltimore moving forward, public safety and infrastructure concerns as well as how to improve the school system and innovation in youth development.

Requests from the Police Department included:

During the press conference, they spoke about the confidence they have that they can allocate $7 million in funds for technological advancement.

"I think a lot of the specific requests with respect to technology and additional funding we are going to be able to assist them with," Hogan said. "We don't want to get in to a great deal of detail but we're certainly going to follow up from this meeting with our two teams respectively and try to meet any of the needs and many of the requests."

Commissioner Harrison says this is both a short and long-term plan with 5 years set as the goal.

“I am both encouraged and hopeful that collaboratively we’ll be able to make a difference working together in the city of Baltimore and I look forward to working together,” Harrison said.