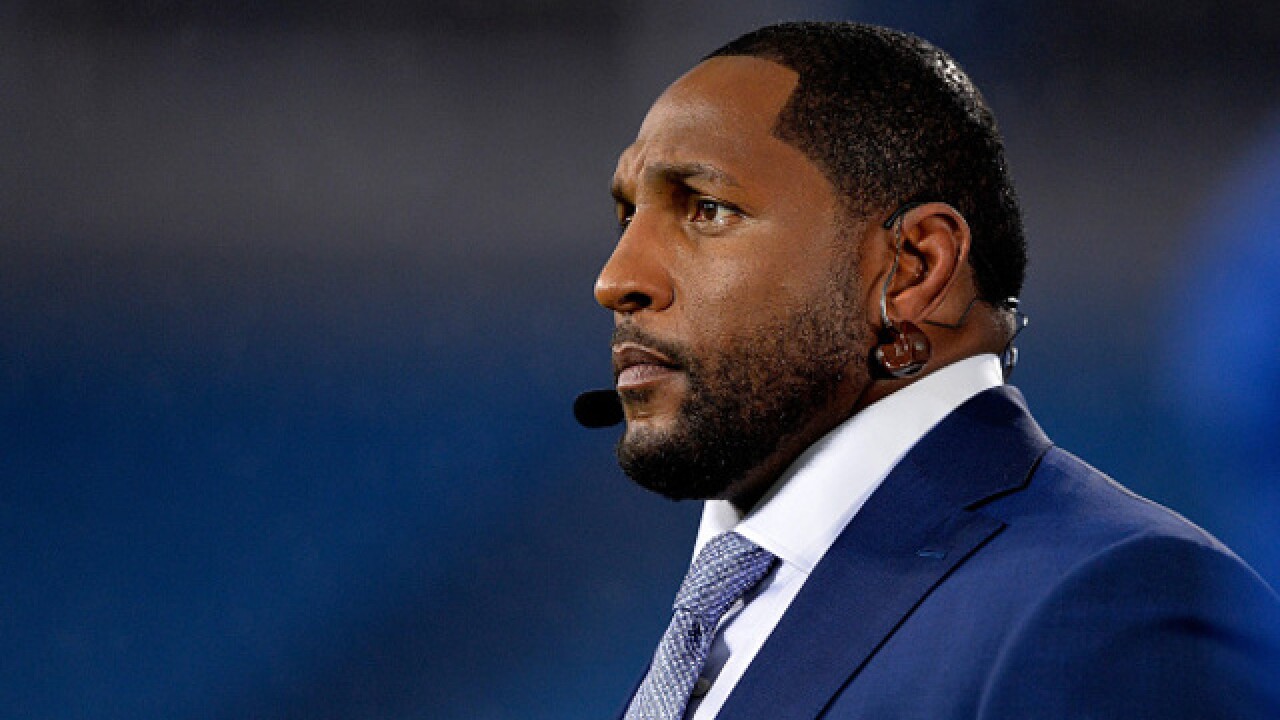 Copyright 2017 Scripps Media, Inc. All rights reserved. This material may not be published, broadcast, rewritten, or redistributed.
Grant Halverson
<p>CHARLOTTE, NC - NOVEMBER 02: ESPN personality Ray Lewis watches warmups before the game between the Carolina Panthers and the Indianapolis Colts at Bank of America Stadium on November 2, 2015 in Charlotte, North Carolina. (Photo by Grant Halverson/Getty Images)</p>

BALTIMORE — Former Baltimore Ravens linebacker, Ray Lewis, announced on Good Morning America that he will be joining the cast of the 28th season of Dancing with the Stars.

Lewis will be among 11 other celebrity contestants taking on the stage to win the Mirrored Ball Trophy.

The ABC show will feature the following celebrities:

RELATED: Ray Lewis preparing for Hall of Fame enshrinement: 'You can't get cut from this team.'

Lewis was part of the first draft class in Ravens history in 1996. He quickly built one of the most feared teams in the NFL, 'The Baltimore Ravens.' On his first year of eligibility, Lewis was voted into the Pro Football Hall of Fame Class of 2018.

Let's see if Baltimore's crown jewel has what it takes to bring home the dancing title! You can catch the new season of Dancing with the Stars on Monday, September 16 at 8/7c only on ABC.