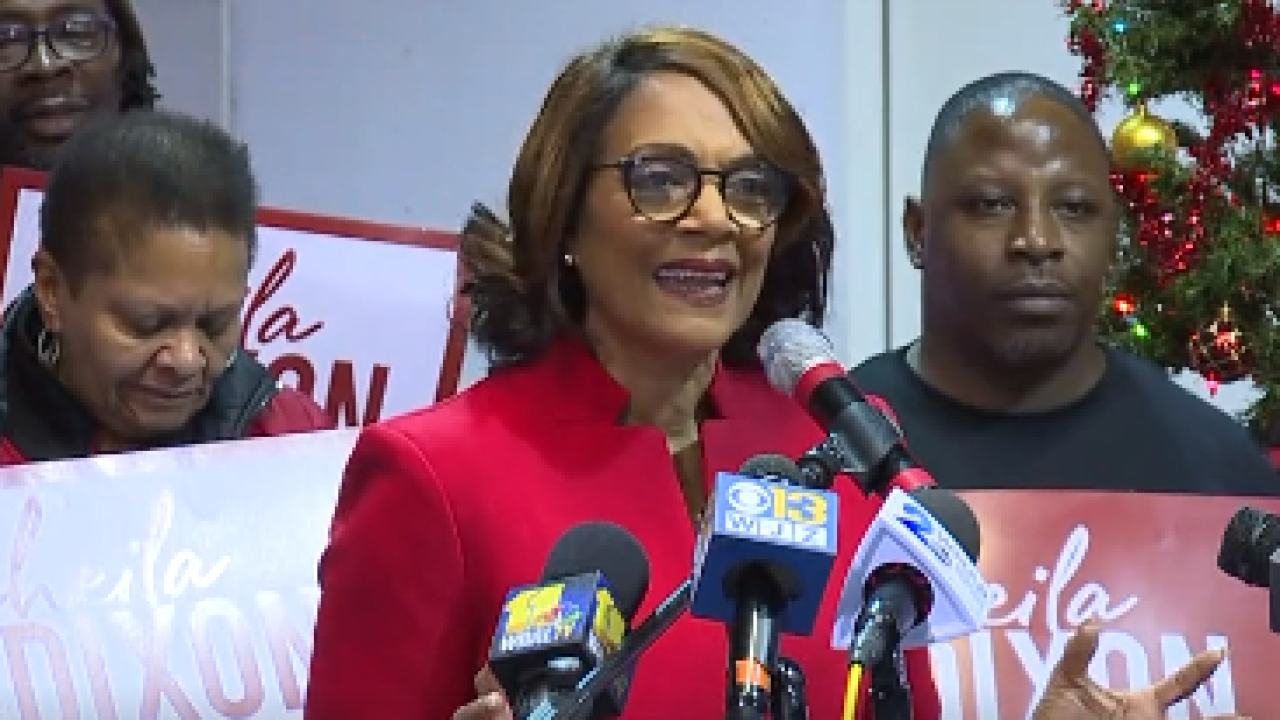 BALTIMORE — Former Mayor Shelia Dixon announced Saturday morning at a West Baltimore rec center that she is throwing her name in the race to be the city's next mayor.

Dixon served as mayor from 2007 to 2010. She resigned after being indicted and convicted of embezzling hundreds of dollars of gift cards.

In 2015, she made her way back on to the political scene when she decided to run in the 2016 election. Dixon lost to Catherine Pugh.