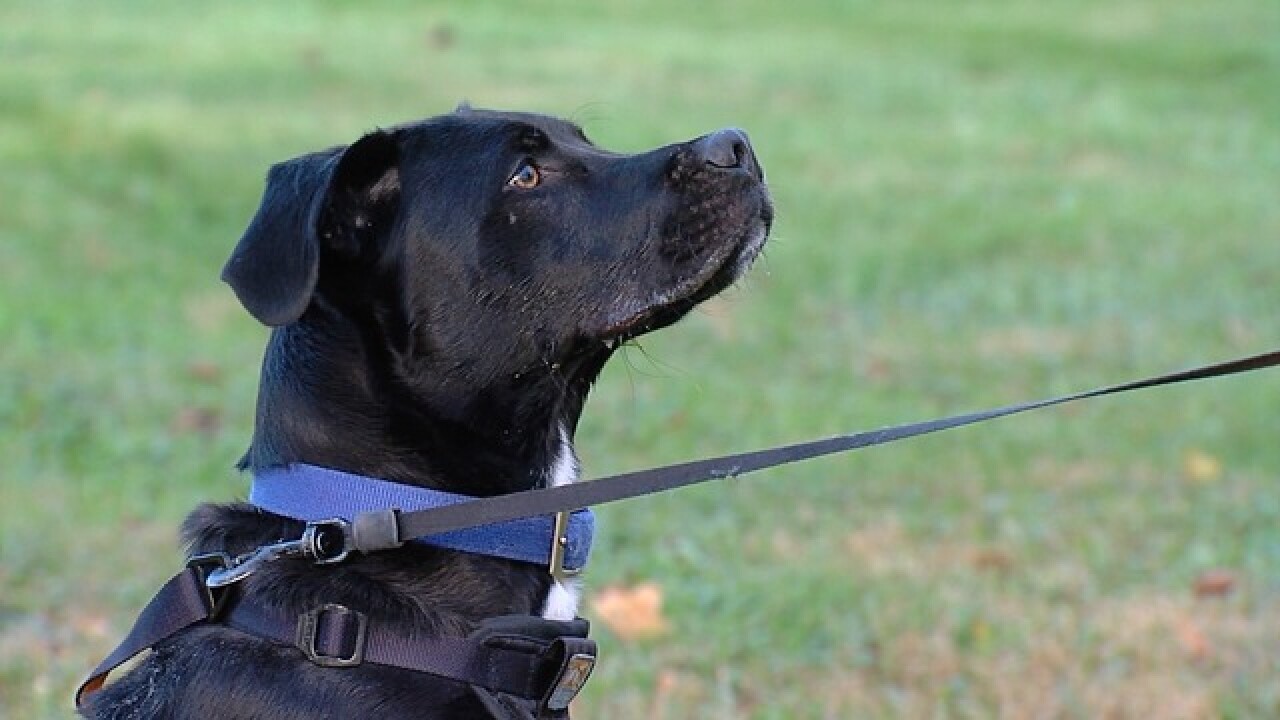 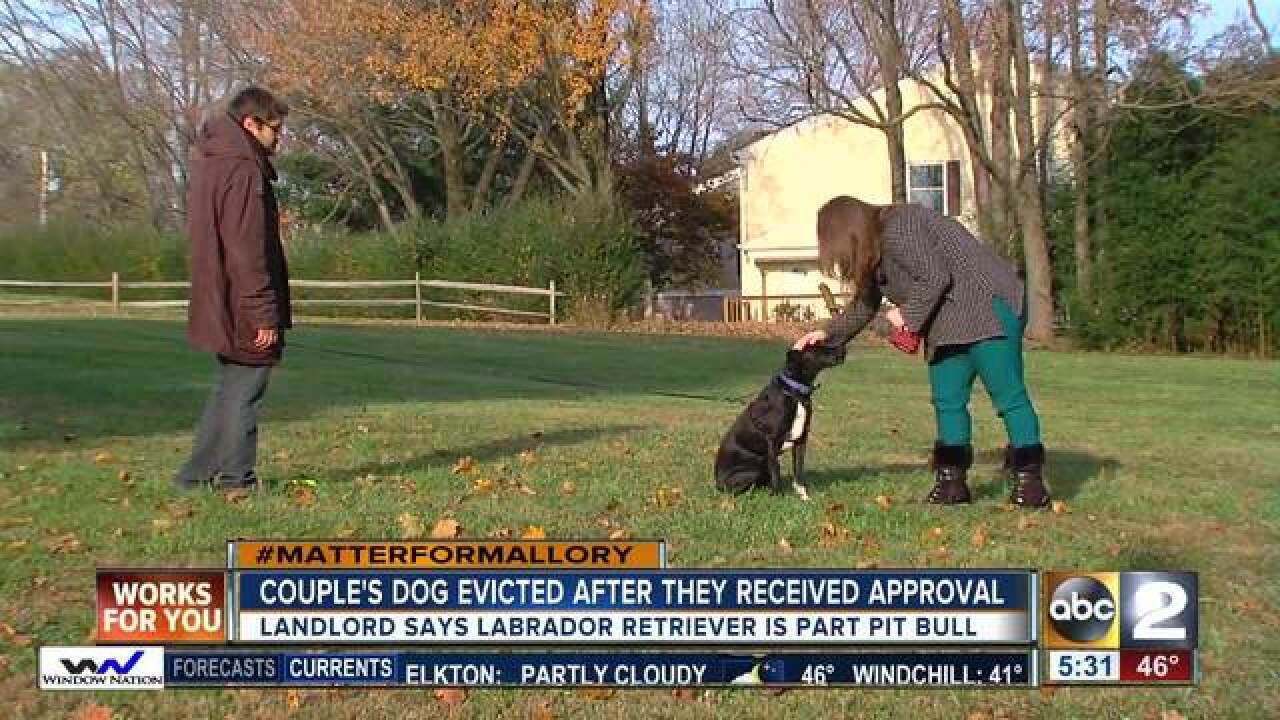 “He goes where we go, he follows us around everywhere. He's our puppy,” said Samantha Doughty, Bacon's owner.

Doughty and her husband adopted their Labrador retriever mix from a rescue organization. They were looking for a new place to live and made sure to find somewhere they could take Bacon.

They settled on Southwood Townhomes in Brooklyn, Md. The property is owned by Maryland Management Company. On their website, they advertise that their residences are pet-friendly.

“We had to fill-out a form that talks about the breed, the age, the weight of him, and give pictures. And we had to give all this to the leasing agent before we could even sign the lease,” said Doughty.

Maryland Management Company has certain restrictions, no dogs over 75 pounds and a ban on 11 breeds including any kind of pit bull mix.

The pet addendum for Bacon was approved. The couple moved in, then several weeks later they got a call asking for more information on Bacon. That was followed by a visit from the property manager, and then a letter from the company’s attorney arrived in the mail.

“The letter showed up that said it's a pit bull. Get out, or get him out,” said Doughty.

Maryland Management Company does not permit pit bulls or mixes because according to the letter, they are "aggressive and dangerous."

The couple's understanding is that they have three options: remove the dog and keep their lease; keep the dog and risk being evicted; or leave with their dog, break their lease, and potentially pay a penalty.

“If they had said no, you can't move in that's one thing, but we did. We paid all the moving expenses, we got settled in, we've been there for almost two months now. We've been paying our rent on time, the dog has not done anything wrong. The neighbors come out, they pet him and he's quiet. We're doing what we can. We've contacted their lawyer, tried to many times, and the situation is now she's seeing if the property will let us out of the lease without penalty,” said Doughty.

Doughty said she last heard from the lawyer around November 6.

ABC2’s Mallory Sofastaii also contacted the lawyer but did not hear back. She went to speak with Gary, the property manager, and he did not want to comment on the situation. She also left a message with Maryland Management Company, who did not immediately return her phone call.

It is a property owner's right to decide which pets, what size, what kinds they allow. However, a 2014 Maryland law reversed a court's ruling that pit bulls are inherently dangerous. The law made owners and landlords liable in dog-bite cases if they had knowledge that the dog had a history of aggression.

“In light of that law, there’s absolutely no reason for landlords to have breed discriminatory policies. It’s reasonable for them to have policies that prohibit dogs with a history of aggression, but breed-based classifications are unnecessary and difficult to enforce,” wrote Matthew Liebman, the director of litigation for the Animal Legal Defense Fund.

Doughty said the property manager identified Bacon as a pit bull based off what he saw. The National Canine Research Council refers to studies that show eye witness breed identifications are unreliable.

“There's nothing special I think about any breed over any other. They all need homes, they all have their own personalities no matter what they look like, no matter where they come from, just like people. And we didn't care. We just wanted an addition to our family,” said Doughty.

For the time being, Bacon is staying with a different family member while the couple works through their options.

If you're having a problem with a landlord, you can contact the Maryland Office of the Attorney General. They receive over 20,000 phone calls a year on these kinds of issues.

If you have a Matter for Mallory, she wants to hear from you. You can email her at Mallory@wmar.com.