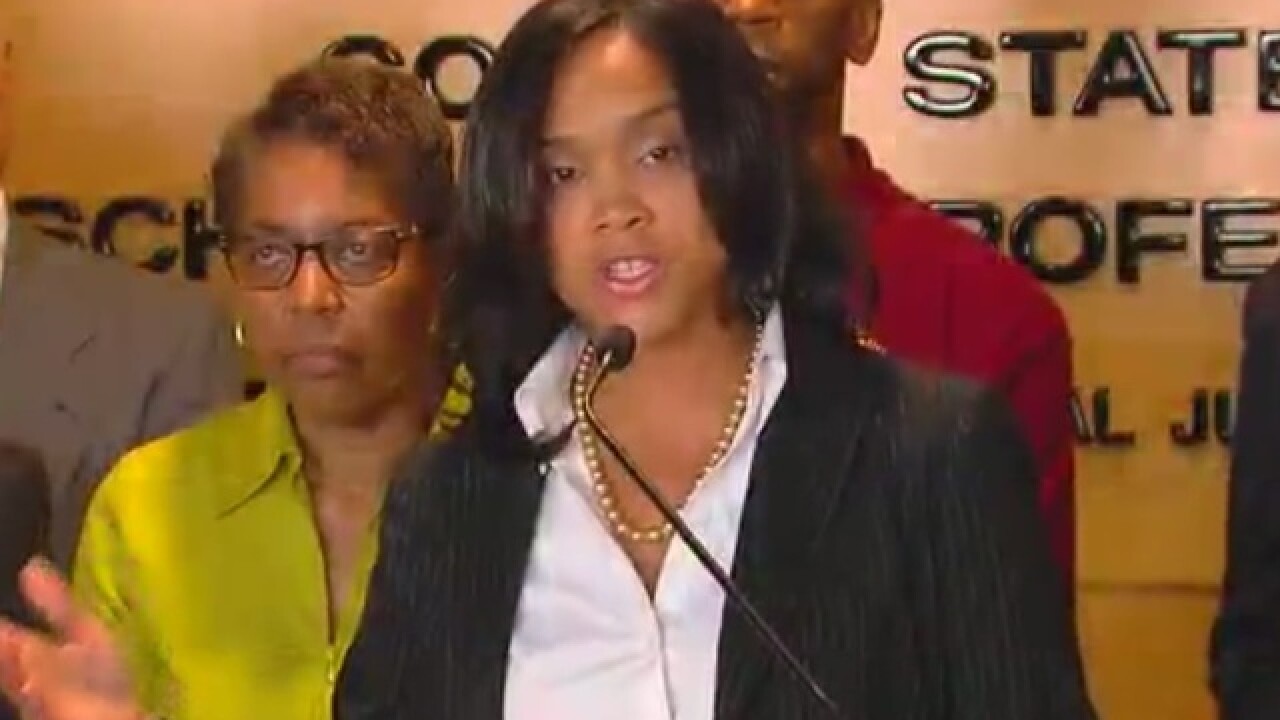 Mosby begins by stating that she was "completely stunned to learn from the media that [Hogan] instructed Attorney General Brian Frosh to take over the prosecution of suspects."

She stated that she has attempted to meet with the Governor on "several occasions" to discuss how they can work together to address the level of violent crime in the city.

"While I do not agree with the action you have taken, I’m encouraged that you are showing a sense of urgency in addressing the violent crime that has taken too many lives and destroyed too many families in our community," Mosby wrote. "I welcome your interest in how we can work together as Marylanders to stop the cycle of gun violence. I also value partnerships with other agencies throughout the state, and in particular, I have enjoyed working on the Governor’s Council on Gangs and Violent Criminal Networks and welcome Attorney General Frosh to the Council"

Mosby continued, stating that over the past five years the city has confronted unprecedented challenges and enormous obstacles, continuous change.

"Frankly, we have not received enough support, financial or otherwise, from the Governor’s Mansion," Mosby said. "This is not about finger pointing, because I am thrilled to have your attention and your commitment so that we all can now roll up our sleeves and work together."

In the spirit of cooperation, Mosby offered a few suggestions on how to tackle the gun violence together and how state support could be the most helpful.

Mosby's letter can be read below: