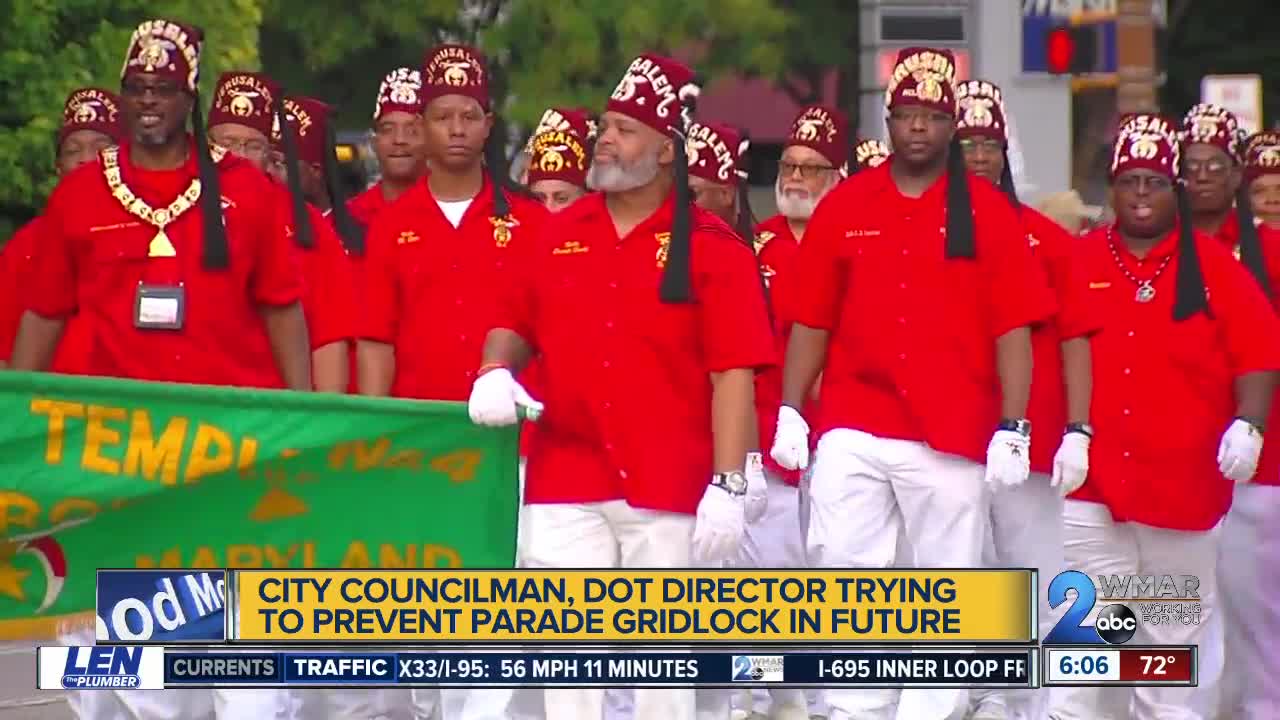 BALTIMORE — A parade through a main artery of Downtown Baltimore during rush hour made a bad commute worse.

A Shriners parade shut down Pratt Street between Howard and President Streets Wednesday evening. The event had a lot of people questioning the decision to allow it, considering the evening commute is bad enough on a normal day.

All city leaders agreed they are in favor of parades in the city but it's the timing of the march from Wednesday that some people didn't understand.

Baltimore’s Department of Transportation approved shutting down parts of Pratt Street between Howard and President Streets for four hours and has been planning for this event for weeks.

DOT officials said they approved the parade for after 6:00 pm because they wanted to wait until rush hour was nearly over. This decision wasn't under the current DOT director's administration.

Mayor Jack Young said it didn't matter after being questioned about the parade falling on a weekday during rush hour.

"It's just something that we do and people just have to change where they have to drive. I have no problem with parades, said Young."

Other city leaders don't see it like that. Councilman Eric Costello said the decision made "no sense whatsoever."

The Shriners will be in Baltimore for the rest of the week for their annual convention.