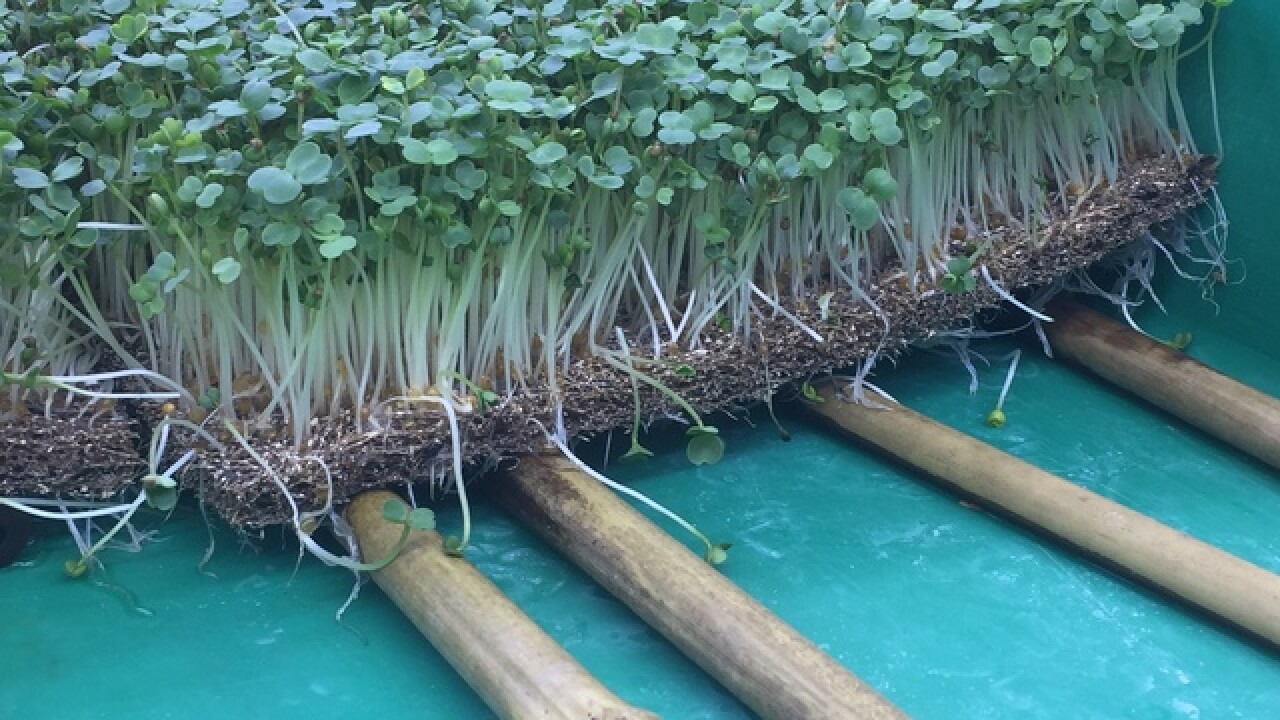 Copyright 2017 Scripps Media, Inc. All rights reserved. This material may not be published, broadcast, rewritten, or redistributed.
<p>Coconut fiber is used to grow the microgreens instead of soil, plants are sprayed with water</p> 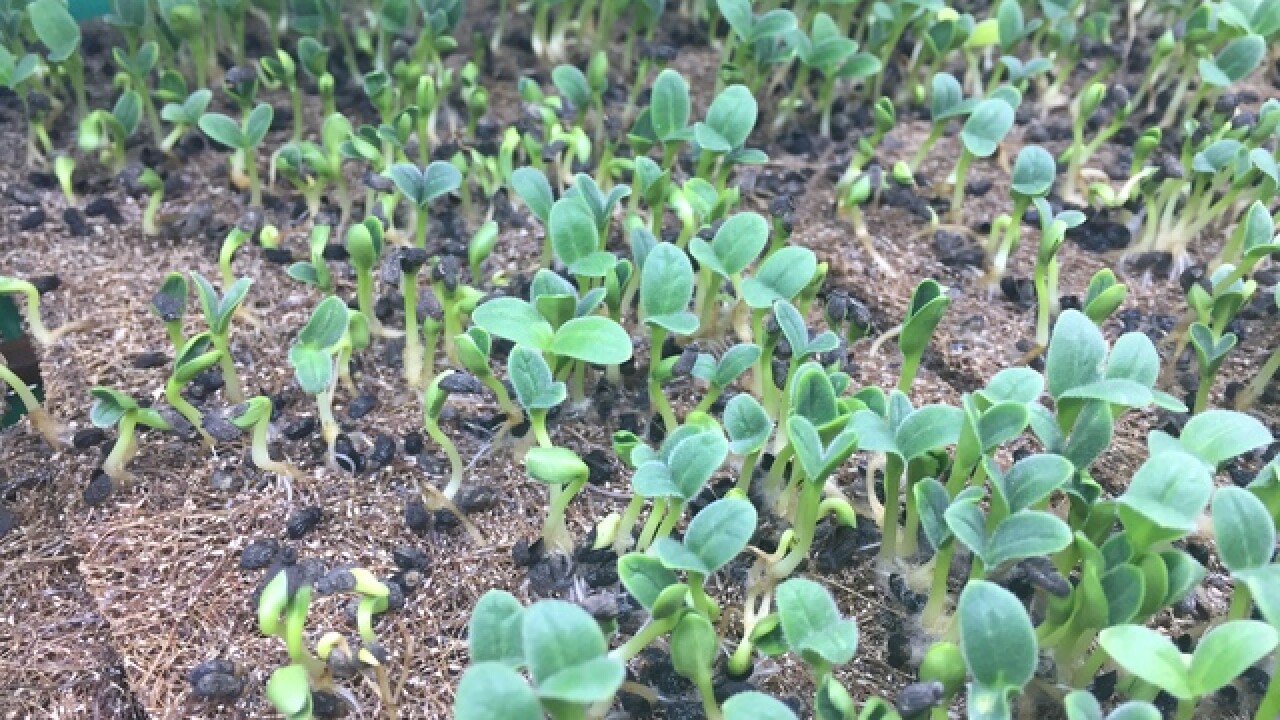 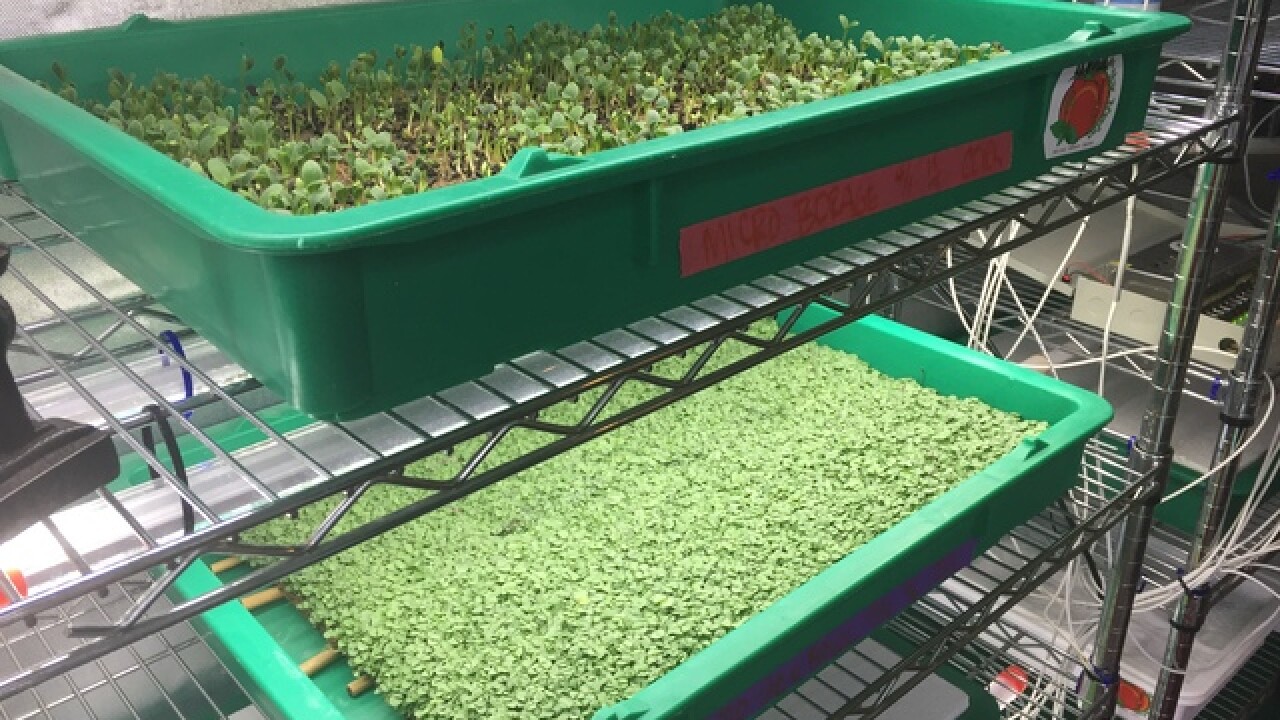 From the outside, the row home in Fells Point doesn't look anything like an urban farm.

Then you walk up to the second floor of Larry and Zhanna Hountz's home and what was a bedroom is now their microgreens growing operation.

"I woke up one day and I wanted to start growing things," Larry Hountz said.

Together with his wife, Larry started City-Hydro in 2011. It's a vertical farm where they grow dozens and dozens of microgreen varieties inside their home. He started growing microgreens not long after getting into a serious accident which left him with post-concussion syndrome.

"I can be having a bad day with lots of headaches and when I come into this room, I get this huge amount of energy and it's just an amazing feeling."

Another issue Larry was dealing with was obesity. At one time he weighed more than 300 pounds. He decided to cut out the junk food and start eating right, including his microgreens. In three months, he dropped 50 pounds.

Microgreens are the first true leaves of a plant and are not the same thing as sprouts. They taste just like the vegetable they would eventually grow to become, they just don't fully mature. Hountz grows carrots, radishes, herbs, celery and broccoli, just to name a few.

The microgreens typically take seven to 10 days to grow and they're ready to eat. They are high in vitamin C, E and K and beta-carotene, and they are higher in nutrient density than their mature version.

Hountz sells trays to restaurants in his ZIP code uncut, so the chefs can harvest them as they need. Hountz says he has no plans to grow and sell microgreens for restaurants outside his neighborhood.

"We're a mom and pop, small, ZIP code-based operation that wants everyone to grow microgreens and everyone to eat microgreens because the more the merrier and the healthier we'll be," he said.

So for chefs who are outside of their neighborhood, the couple will sell kits to them so they can grow their own microgreens inside their restaurants. City-Hydro also sells kits for individuals to put in their home kitchen.

The microgreens are easy to grow and require little space and resources. The Hountzes designed their own LED lights, which they sell in their kits, and use purified city water. The trays are food-grade safe and they use coconut fiber, not soil, to grow the seeds.

"I think as our cities grow and become more and more populated, the fuel costs become much higher, this is the future."