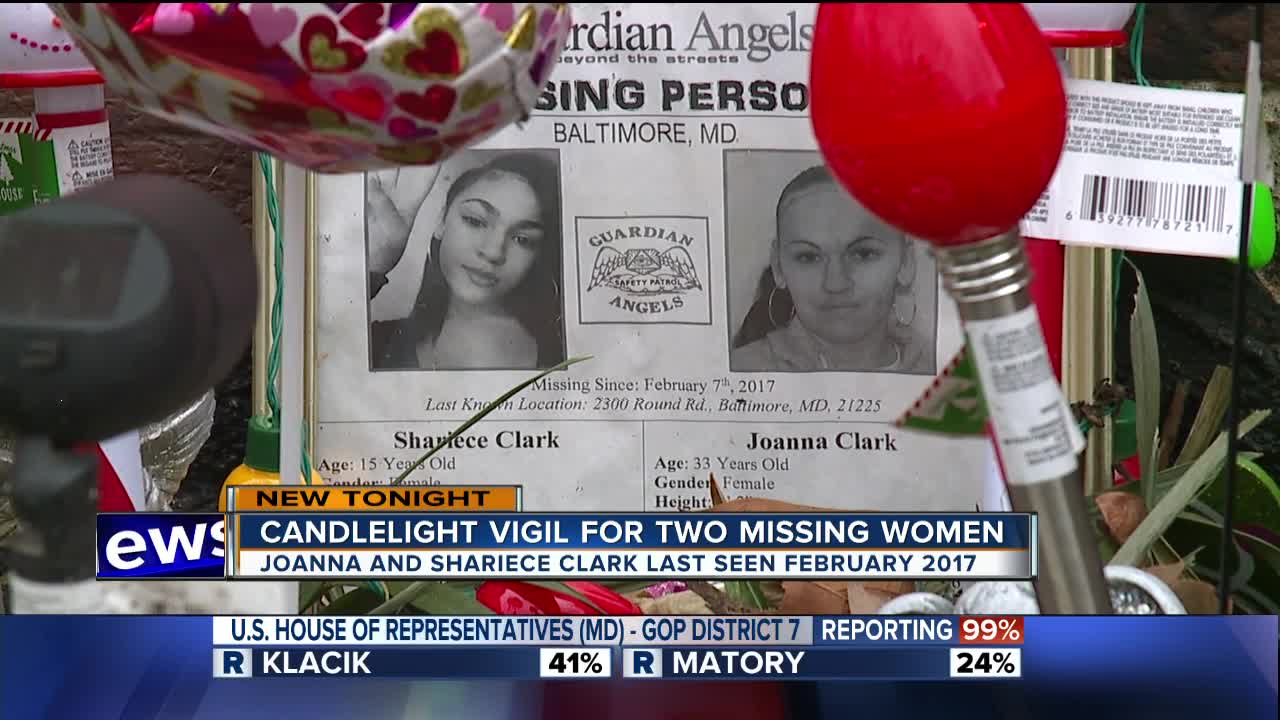 Friends and family came together Tuesday for a candlelight vigil in honor of a mother and daughter who disappeared 3 years ago.

The vigil was held in the same place where the Clark’s were last seen, which was near their home in the 2300 block of Round Road. Loved ones added to a memorial that was put up to remember them.

The Clark’s went missing on the same day, but at two different times. Baltimore Police believe their cases are connected. They also suspect foul play. But, there’s been little to no leads to help solve the case. No arrests have been made.

In the years since they vanished, Margaret Tucker, Joanna’s mother and Shariece’s grandmother, has worked with organizations such as the Baltimore Regional Guardian Angels to help generate leads on her family’s whereabouts, but not much has come in.

Tucker says she lost hope that the two will ever return home alive.

"I don’t sleep too much. I don’t eat anymore. I loss a lot of weight realizing they are not coming back,” she said. “I just miss them so much.”

The family held the vigil to keep their names alive and to urge someone to come forward if they have any information to help in the case.

Anyone with information on the women should call CrimeStoppers at 1-866-7-LOCKUP.