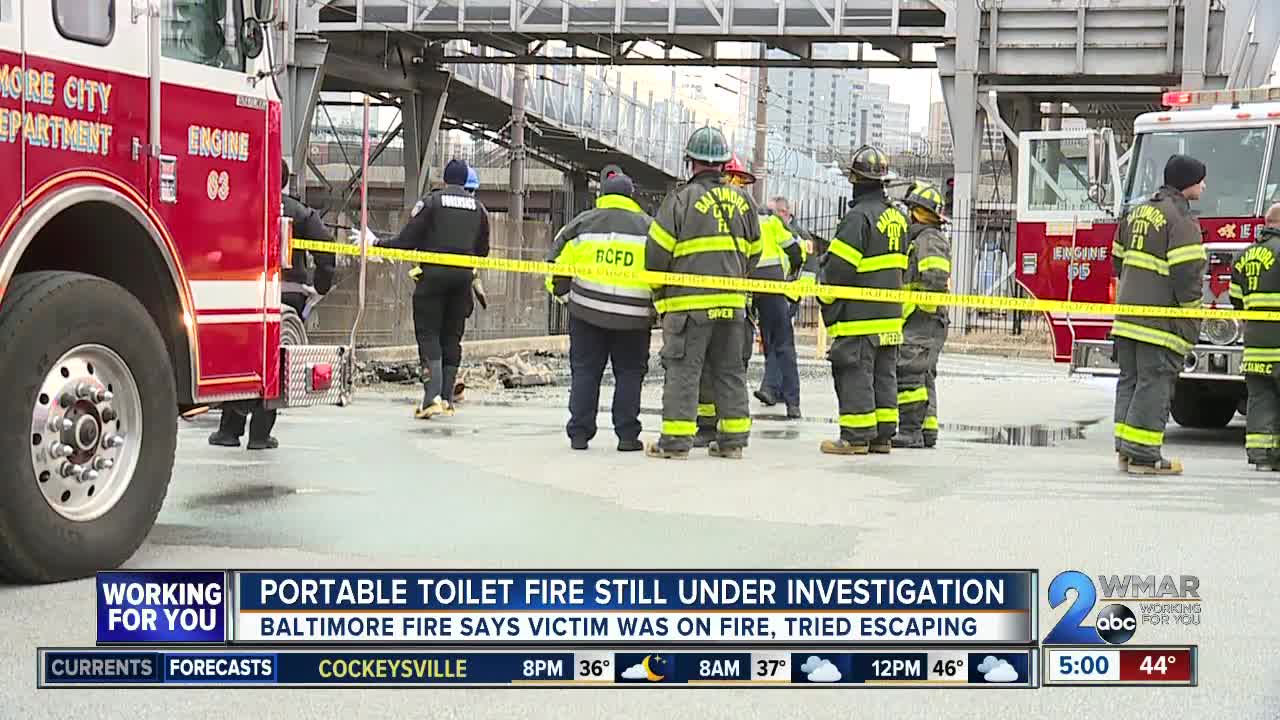 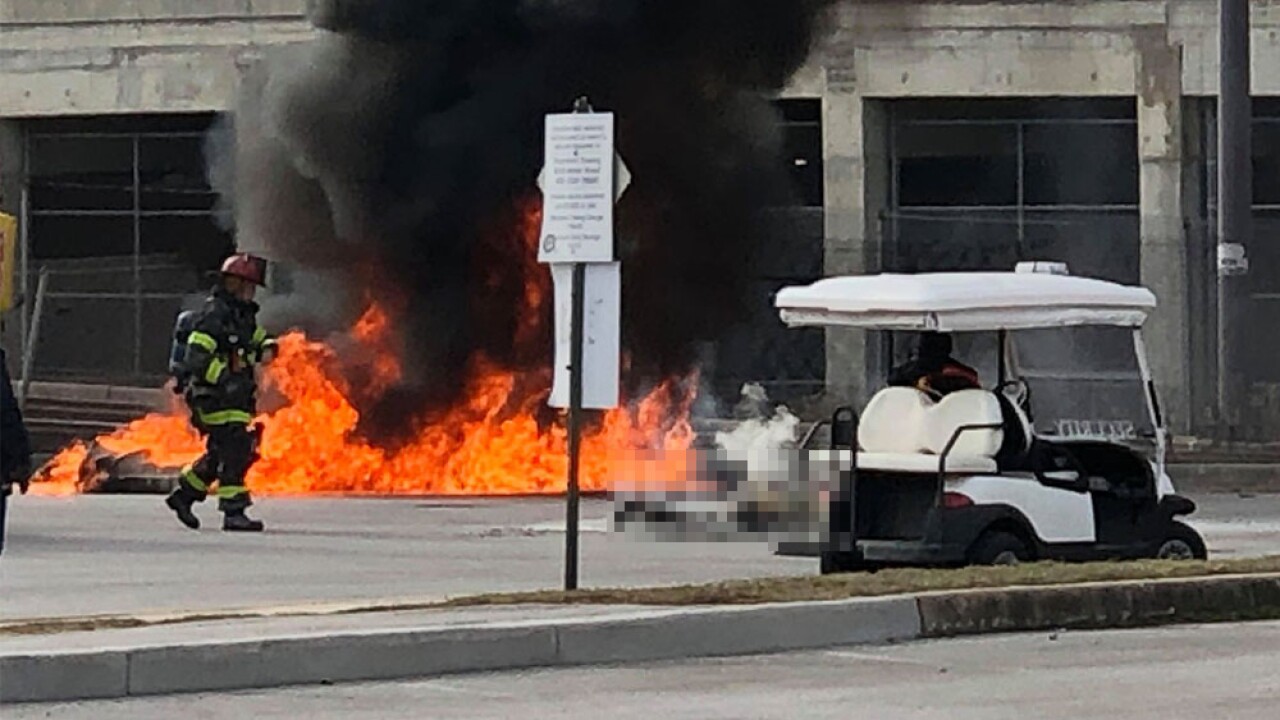 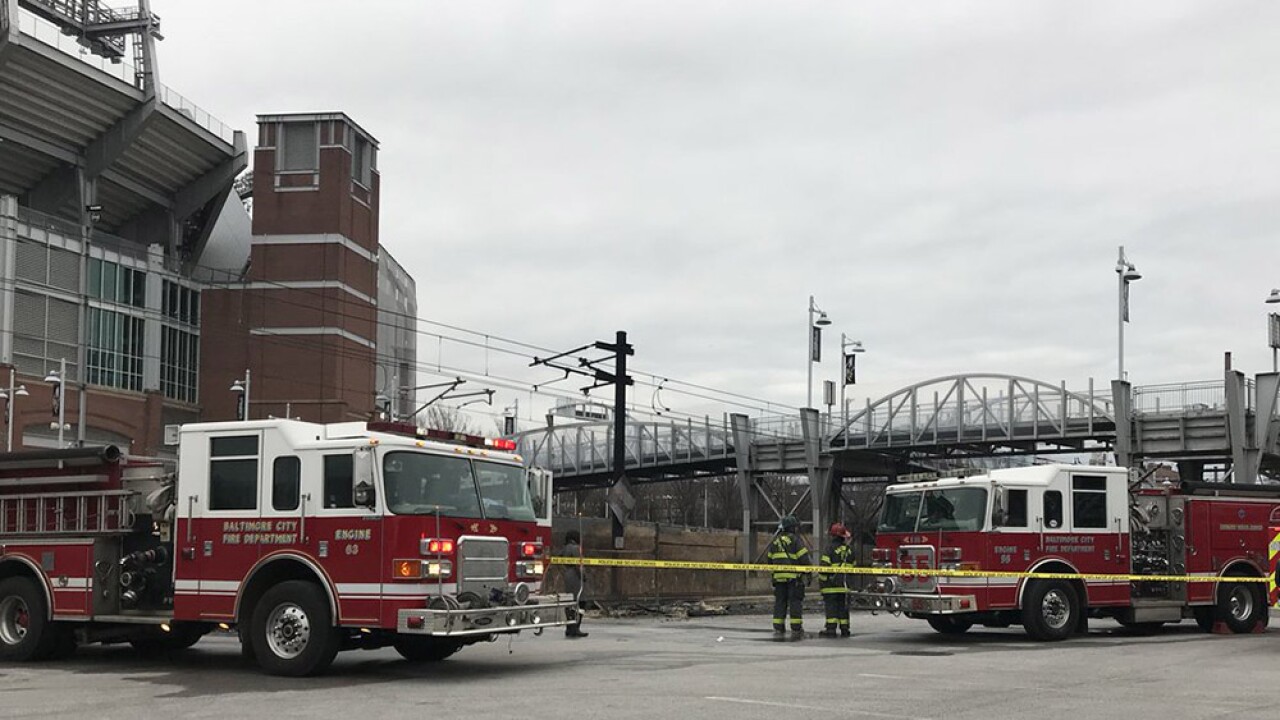 BALTIMORE — Police currently do not believe foul play was involved in a man's death Sunday after he was badly burned by flames that engulfed a portable toilet in a parking lot near M&T Bank Stadium.

The fire broke out at about 3 p.m. in Lot H, off of W. Ostend Street. Officials say a man was seen coming out of a portable toilet "on fire." The man then collapsed and died.

NOW: @BaltimoreFire investigating a man killed after a Port A Potty next to Ravens stadium caught fire. BCFD says a man was seen on fire coming out of one of the stalls. He collapsed outside, died. 3 Port A Potties were engulfed in flames. Cause under investigation @WMAR2News pic.twitter.com/yI8WUksyoV

WMAR 2 News' Skyler Henry spoke with a few people at a nearby shelter who claimed they knew the man as "Reggie." They said he was known to use propane tanks to keep warm in the colder winter months. Some wondered if a mishap with one of those heaters may have resulted in a tragic accident.

Sean Praglowski was riding his bicycle in the area at the time of the fire when he captured video on his phone.

"I saw smoke and a fire coming from the stadium while I was out on a bicycle ride and as I got closer to the fire like I was just casually filming the fire on my Instagram Story and then I zoomed in and actually saw what was on fire."

Baltimore Police say they're continuing to investigate the incident, but aren't considering it suspicious at this time.