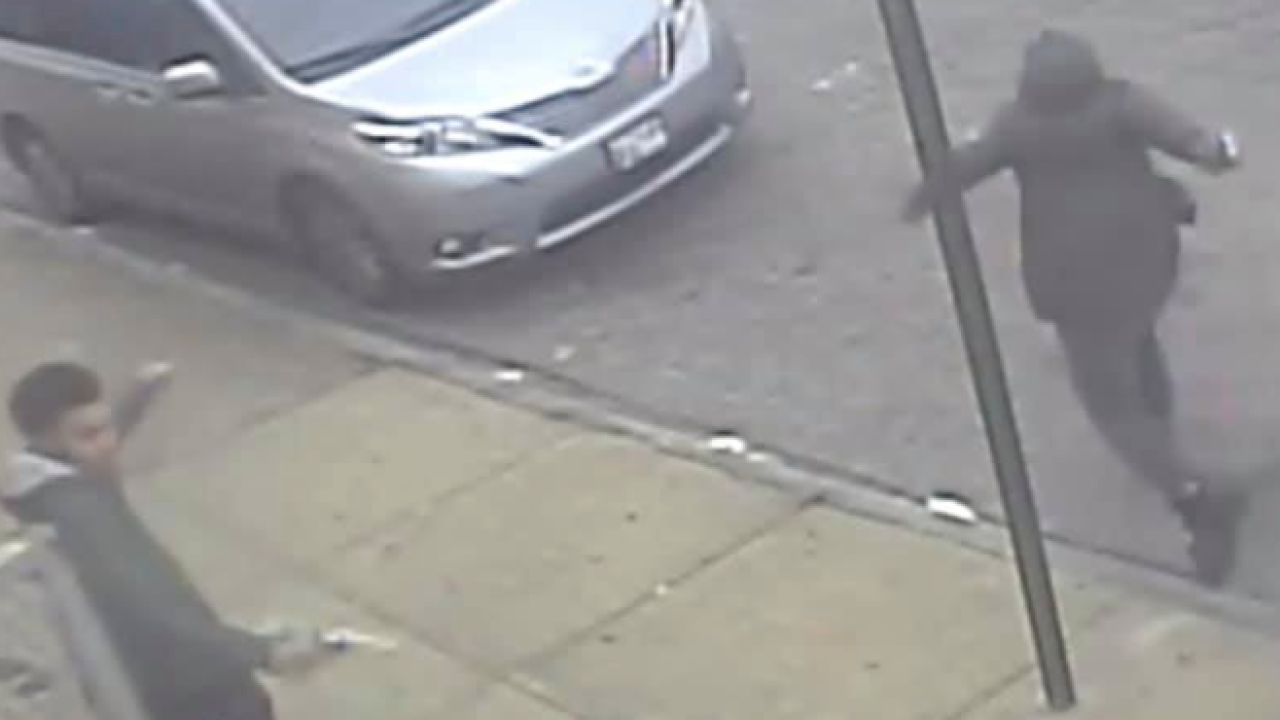 BALTIMORE — Police are looking for two suspects involved in a shootout that injured a woman in West Baltimore on Wednesday.

On Wednesday at about 4:35 p.m., a 72 year-old woman was shot when she was caught in the crossfire in the 2200 block of Baker Street at Smallwood Avenue.

Western District shooting detectives obtained a photograph of at least two of the shooters.

Anyone who recognizes either of the suspects seen in this picture is asked to call detectives at 410-396-2477 or call Metro Crime Stoppers at 1-866-7lockup.