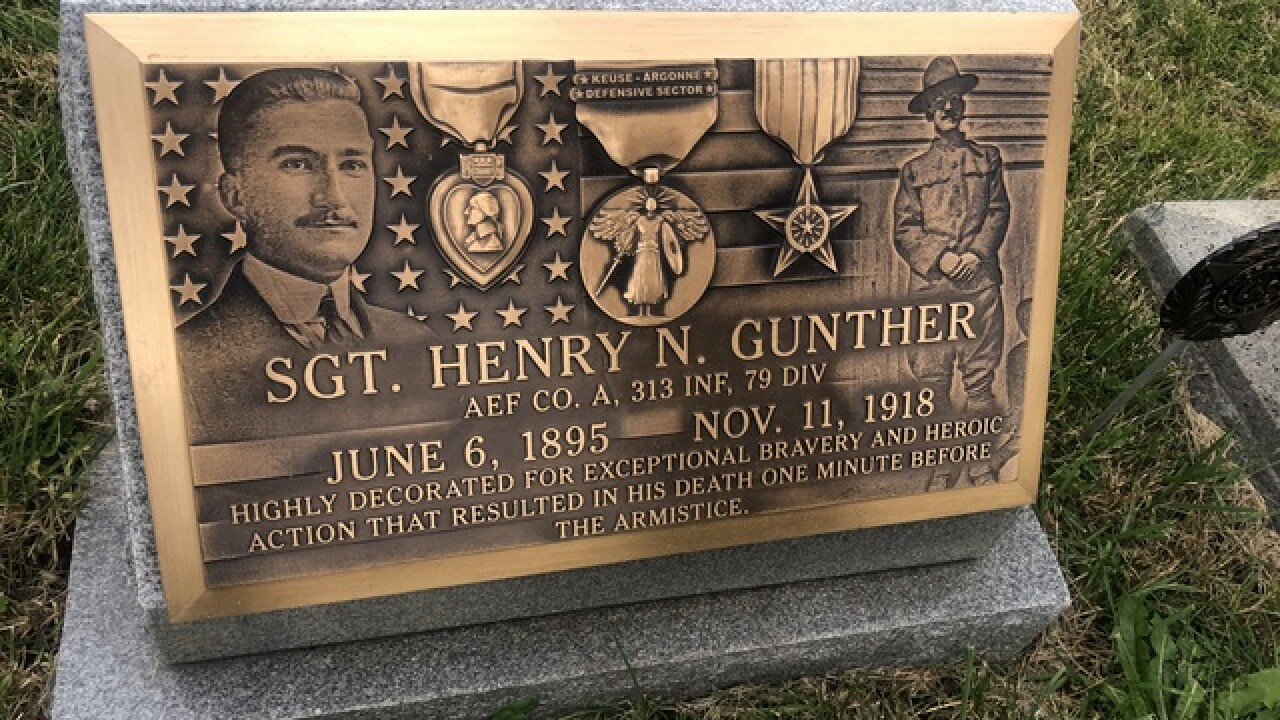 Copyright 2018 Scripps Media, Inc. All rights reserved. This material may not be published, broadcast, rewritten, or redistributed.
<p>Photo by Christian Schaffer</p> 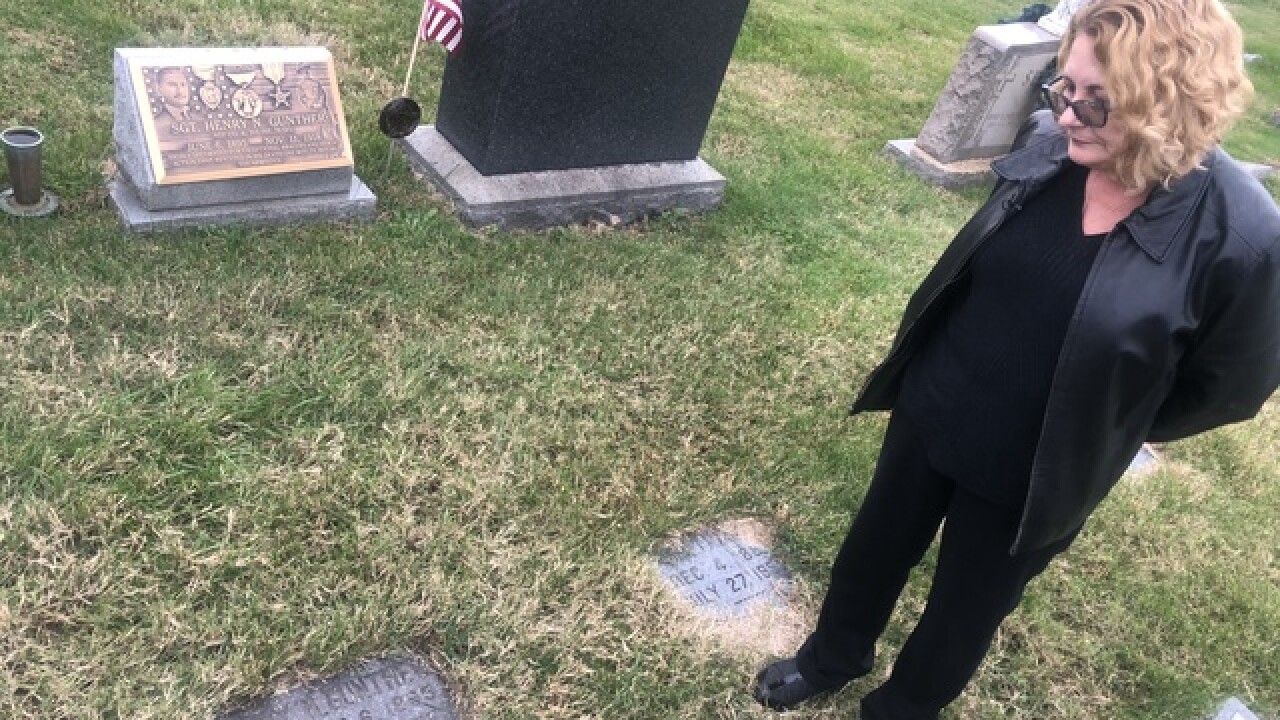 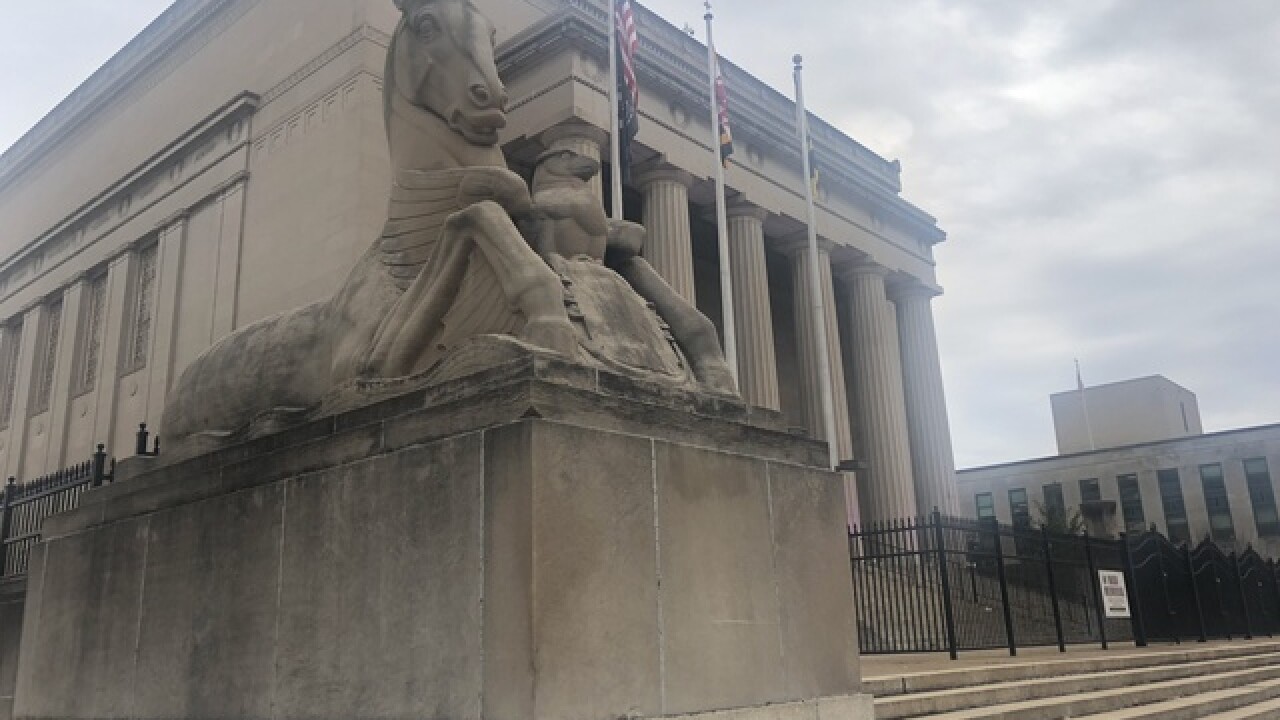 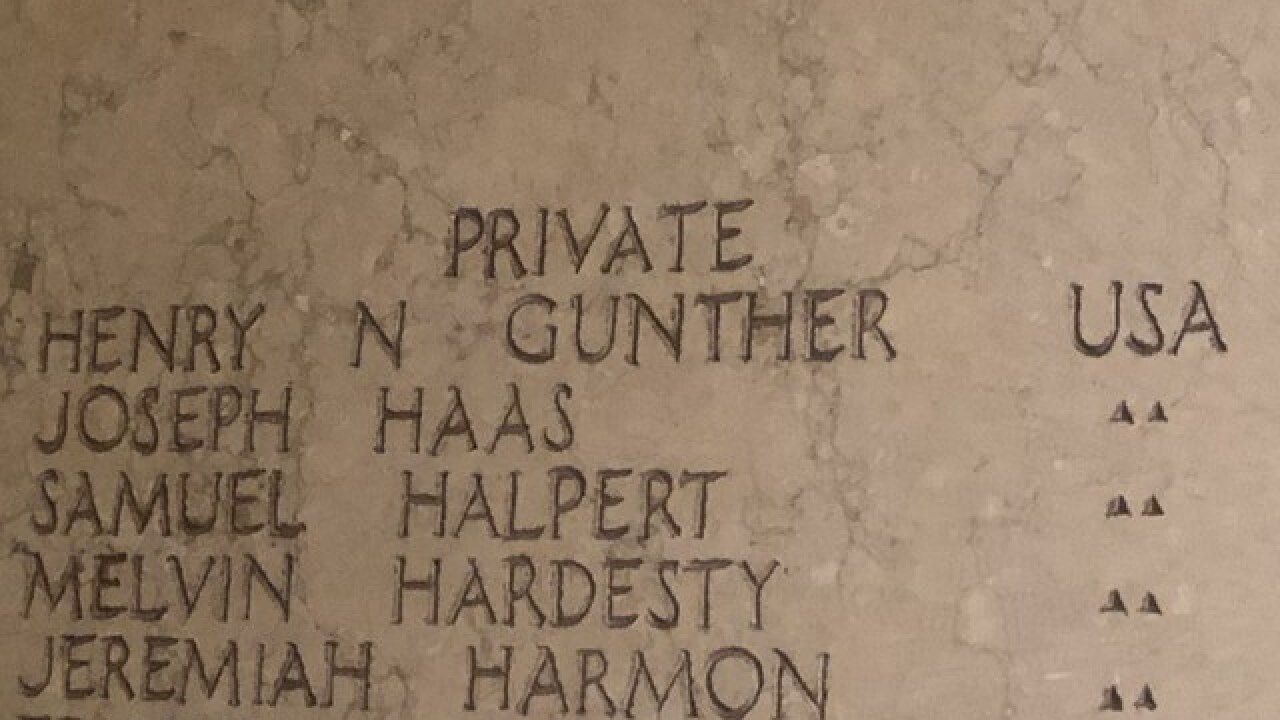 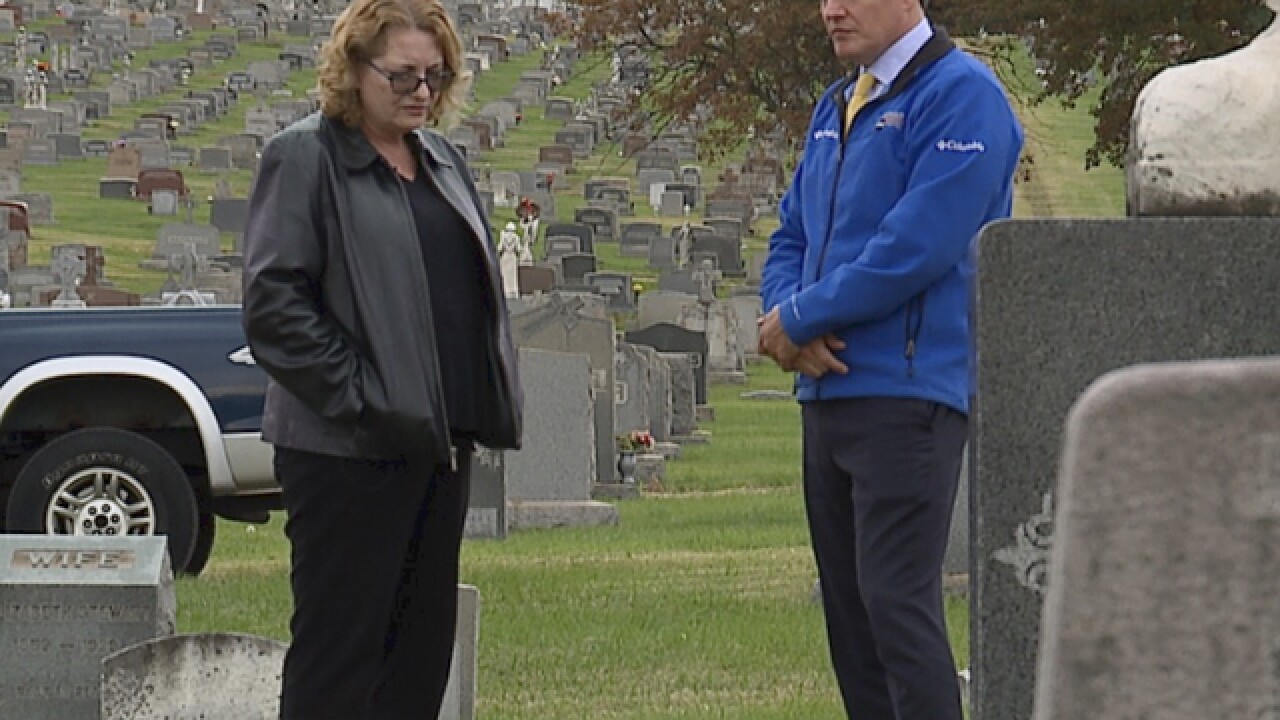 Sunday is the 100th anniversary of the Armistice that ended World War I.  Up until 1954 we called the holiday, “Armistice Day” now we call it Veterans Day.

There are 1,752 names etched into the marble walls of the War Memorial in Downtown Baltimore, under an eternal flame.

“We have U.S. Army, we have U.S. Coast Guard, U.S. Marine Corps, and U.S. Navy," said Joshua Bornfield, the operations manager for the Baltimore War Memorial.  ”The whole point of this room is to remember all of these soldiers.”

The men were from Baltimore City and every county in Maryland.  They died thousands of miles away from home, in World War I.

In all, more than 9-million service members died.  Baltimore's War Memorial was commissioned in 1919 and dedicated in 1925.  Above all those names there’s an inscription that reads: "To the veterans who gave their lives in the World War"

Nobody thought there could ever be another one.

“Because a world war had already been fought and the scale would never be replicated. It was destruction unlike anyone had ever imagined,” Bornfield said.

The destruction ended at 11 in the morning, on November the 11th, 1918 – just too late for one of the names on the wall.

Henry Gunther grew up in a German-American family, in Baltimore's Highlandtown neighborhood.

“There was always a remembrance of him. We always got together as a family a lot and had, my grandmother would make a lot of home-cooked meals, good German food, sour beef and dumplings and things like that. So we would talk about him,” said Carol Aikman, who is Henry Gunther’s great-niece.

Gunther was a bank teller before being inducted - drafted - into the Army and sent to France.  He's buried at Holy Redeemer Cemetery in Northeast Baltimore.

“As a child, dad would come often, and I would come with him,” Aikman said.

Aikman’s dad was also named Henry Gunther, after his uncle.  Her father was born in 1923, the same year the body of his namesake was buried at Holy Redeemer Cemetery.

“I think he felt the connection mainly because he was named after him. And there was often a lot of talk in the family about what happened to him, how it was sad but yet it was an honor at the same time,” Aikman said.

An honor and a unique distinction. On November 11th, 1918, the French and the Germans had agreed to the Armistice that would end the war - including the time it would go into effect - 11 in the morning.

Word spread through trenches dug across Northeast France.  American, British, French -- and German -- soldiers, began hearing about the coming Armistice from their commanders.  But the fighting continued.

“They didn't want to actually let go of it,” Aikman said.  “And if they had let go of it sooner I think that more people, including him, may have been alive.”

In fact - nearly 3,000 soldiers died on the very last day of the war.  Henry Gunther was with his unit near a town called Verdun, about 170 miles east of Paris, when they saw Germans manning a machine gun.

Gunther charged their position.  The Germans are even said to have been waving him off, knowing the war was about to be over.  But the soldier from Baltimore kept charging and wound up being shot in the head.

“He was going to do what he had to do to help,” Aikman said.  “So I think that says a lot in terms of his perseverance and his dedication.”.

Historians and members of Gunther's family say he may have been trying to prove his bravery.  Gunther had been demoted from sergeant to private, after a letter he had written to a friend, complaining about conditions in camp, had been intercepted and read by American censors.

That final, fatal charge may have been something Gunther felt he had to do to restore his family's name.

“The way dad says it, he kind of volunteered to do whatever he could to try to redeem himself if you will,” Aikman said.

In France, Henry Gunther's bravery is remembered. The bank teller from Baltimore is the last soldier to die in World War I.  There is a memorial to him - at the site of his death, a place called Chaumont-devant-Damvillers.

Several years ago, another memorial was added, to Henry Gunther's gravesite at Holy Redeemer Cemetery.

It features the Purple Heart, and other honors he was awarded posthumously.

The name on the plaque reads, “Sgt. Henry Gunther” – his rank was restored.

Carol Aikman says her father always knew that what his uncle did, meant something - for their family, for his city and his country - the end, of the war to end all wars.

There is a large Veterans Day ceremony planned for Sunday morning, Downtown at the War Memorial.  There's also going to be a smaller ceremony at Holy Redeemer Cemetery, in honor of Henry Gunther, shortly before the 11th hour.