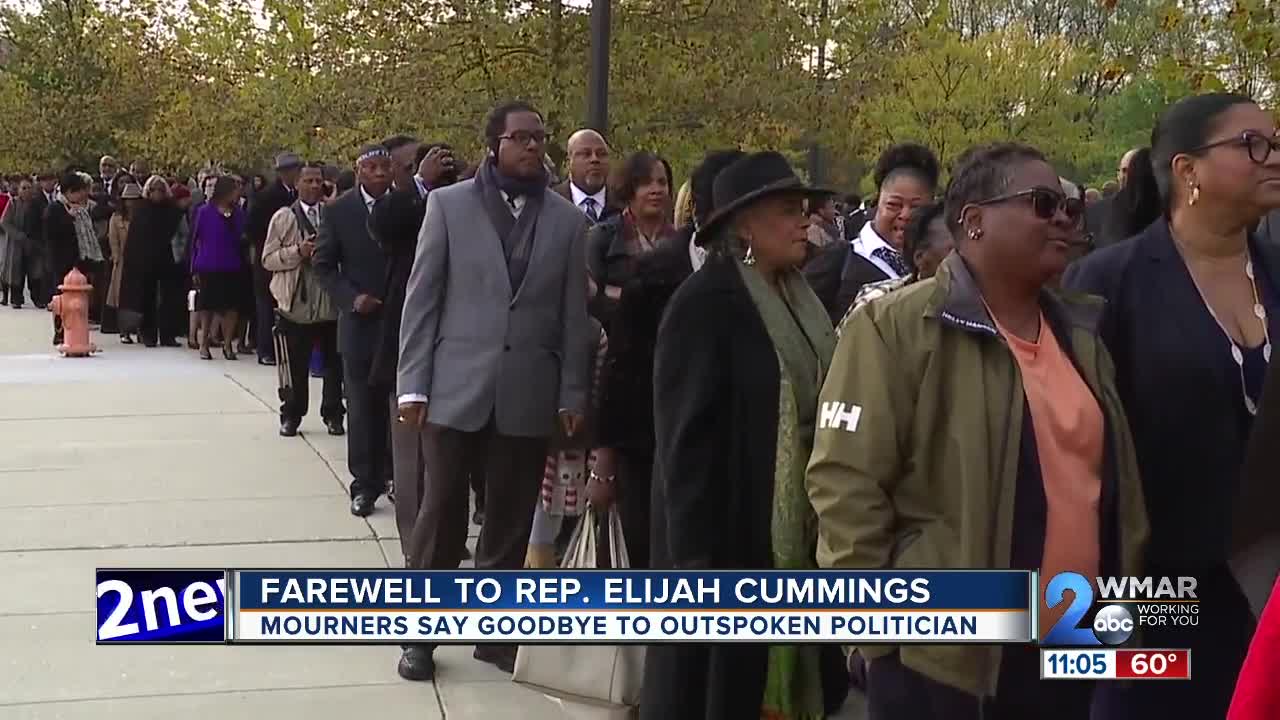 Thousands of people made their way to Baltimore on Friday for the funeral of Congressman Elijah Cummings. 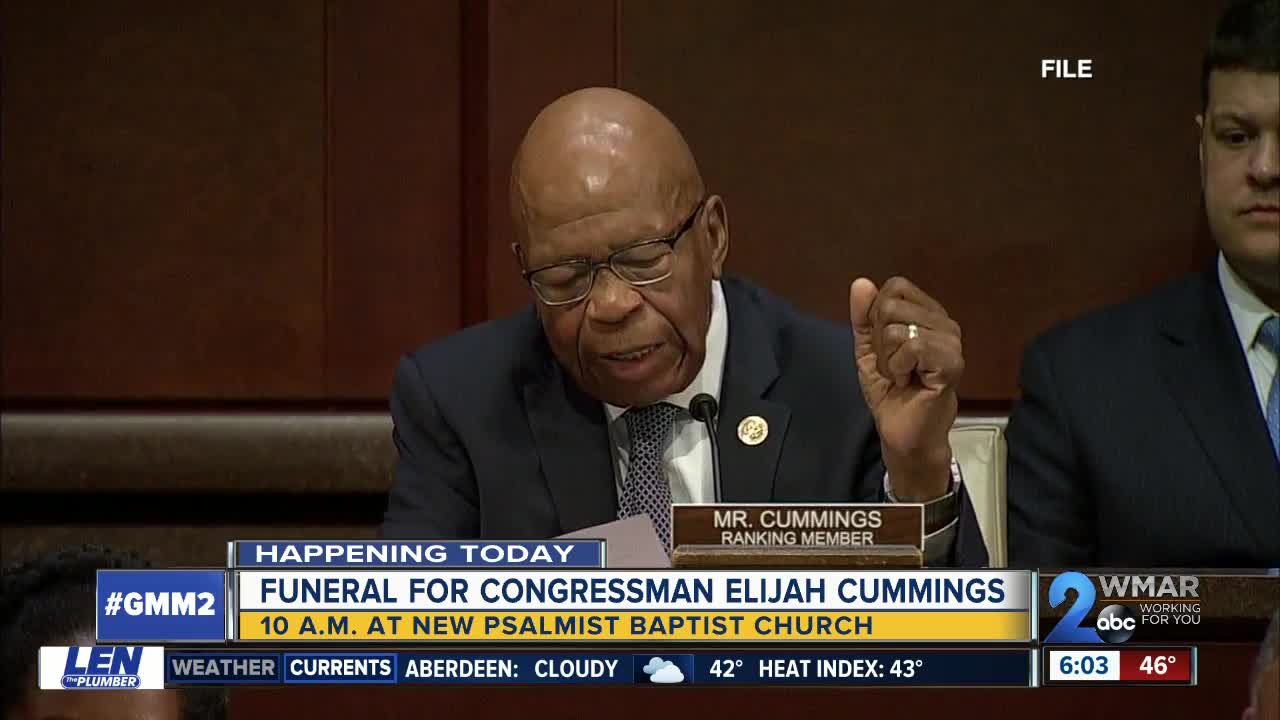 BALTIMORE — Thousands of people made their way to Baltimore on Friday for the funeral of Congressman Elijah Cummings.

Elijah Cummings made a career of pursuing social justice while anchored to the streets of West Baltimore. He died last week at the age of 68 after battling cancer.

Over 4,000 people including friends, family and high profile politicians, including two former presidents, attended the service at New Psalmist Baptist Church in Northwest Baltimore, a place where Congressman Cummings came to worship for decades.

“Our Elijah was a true champion of truth, justice, and kindness in every part of his life. His integrity and character, his can-do spirit made him a guiding light in the congress. He pushed back against the abusive power, and he was unwavering in his defense of our democracy,” said Hillary Clinton.

“Elijah was a proud man, proud of his heritage, proud of Baltimore, and proud of America. He always appealed to our better angels and to the promise of America holding us to live up to our principles for a higher purpose,” said Nancy Perosi. “He held himself to a high standard, and that is why I’ve called him the North Star of Congress, our guiding light."

“I spoke with Elijah over the past few months many times. As his health faded, he continued fighting for justice with the same persistence as that 18-year-old student who in 1969 was determined to integrate his high schools Hall of Fame. I have lost a dear friend as he now enters America’s Hall of Fame,” said his mentor Larry Gibson.

“You were so many things to so many people, you touched so many lives, and that’s because yours was not only one of duty and service, but one of compassion and empathy," said his daughter Jennifer Cummings. "You truly saw people and they saw you. No matter their lot in life, no matter their politics, no matter anything that made them different from you. As you often said to me, ‘Thank you for being you.’”

“My dad would text me, sometimes at 3 a.m., just to tell me he was proud of me or to give me words of encouragement. Whenever I call, he would always answer, ‘Hey beautiful'' and I could tell that he was happy to hear from me,” explained his other daughter Adia Cummings.

This funeral is the final day of what has now been three days of mourning. There was a public viewing at Morgan State University on Wednesday, and on Thursday people came to Capitol Hill to pay their respects.

Cummings is the first African American lawmaker to lie in state at the Capitol, and dozens of elected officials from both sides of the aisle stopped by, sharing their stories and memories of the late congressman and the impact he made on their lives.

"He was such a gentleman that sometimes we felt he needed protectors because he was so willing to bend and support members on both sides of the aisle," said Delegate Stacey Plaskett from the Virgin Islands. "Members that you would think were his arch enemies were really broken at the thought of not having him there. He was a giant and he was a prophet on the hill for so many of us."

The wake started around 8 a.m. and is followed by the funeral at 10 a.m.

At this time, we have not heard where Congressman Cummings will be laid to rest.