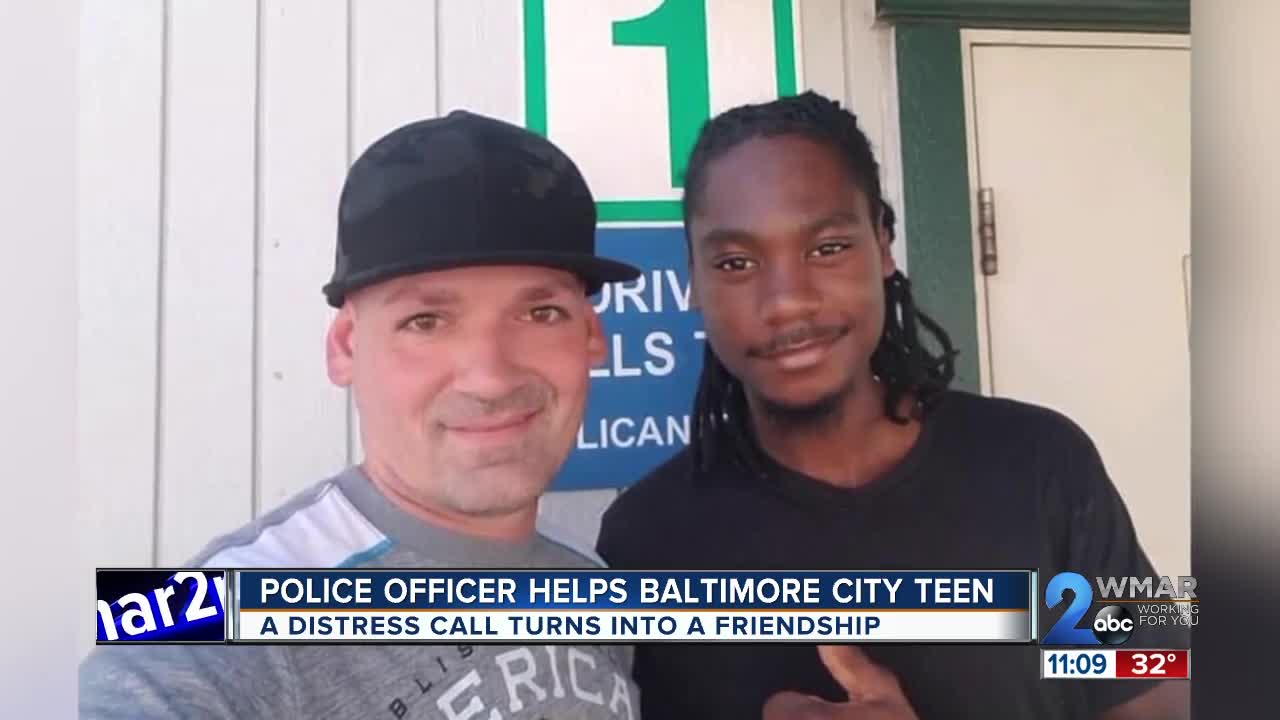 19-year-old Micaiah Henderson grew up in Baltimore City with his mother and his brother. In September, he was having a rough day. 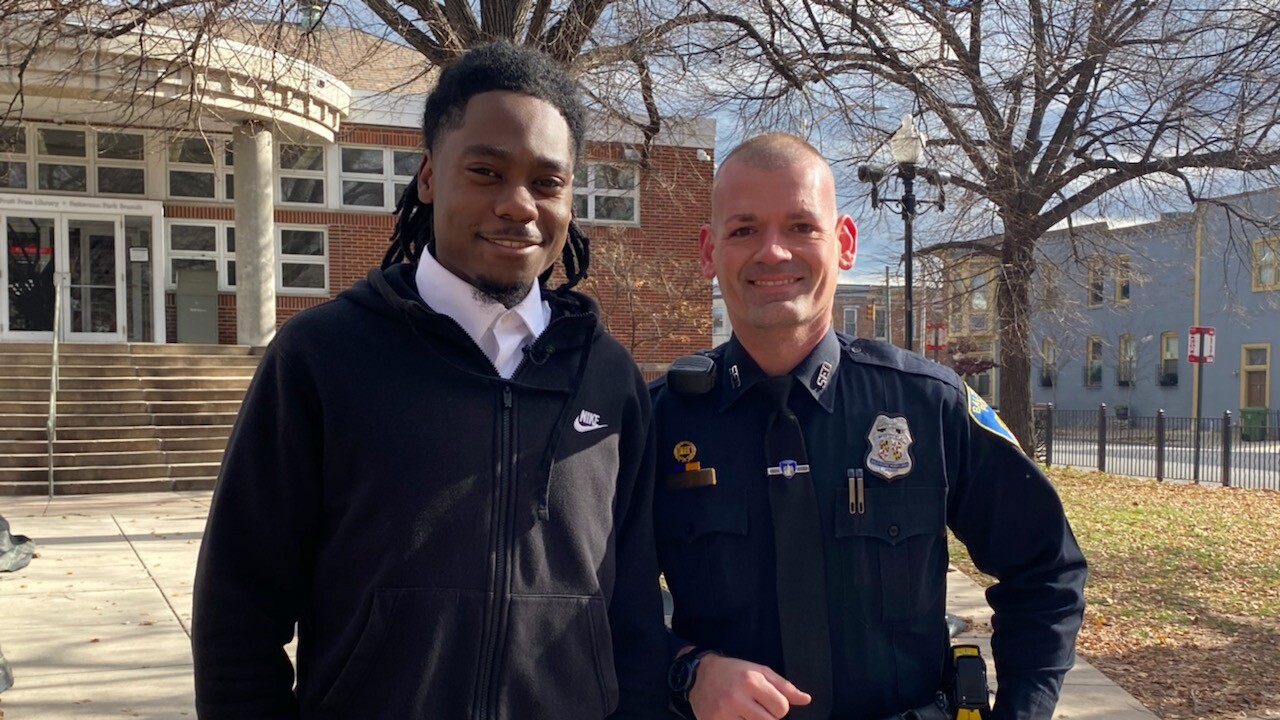 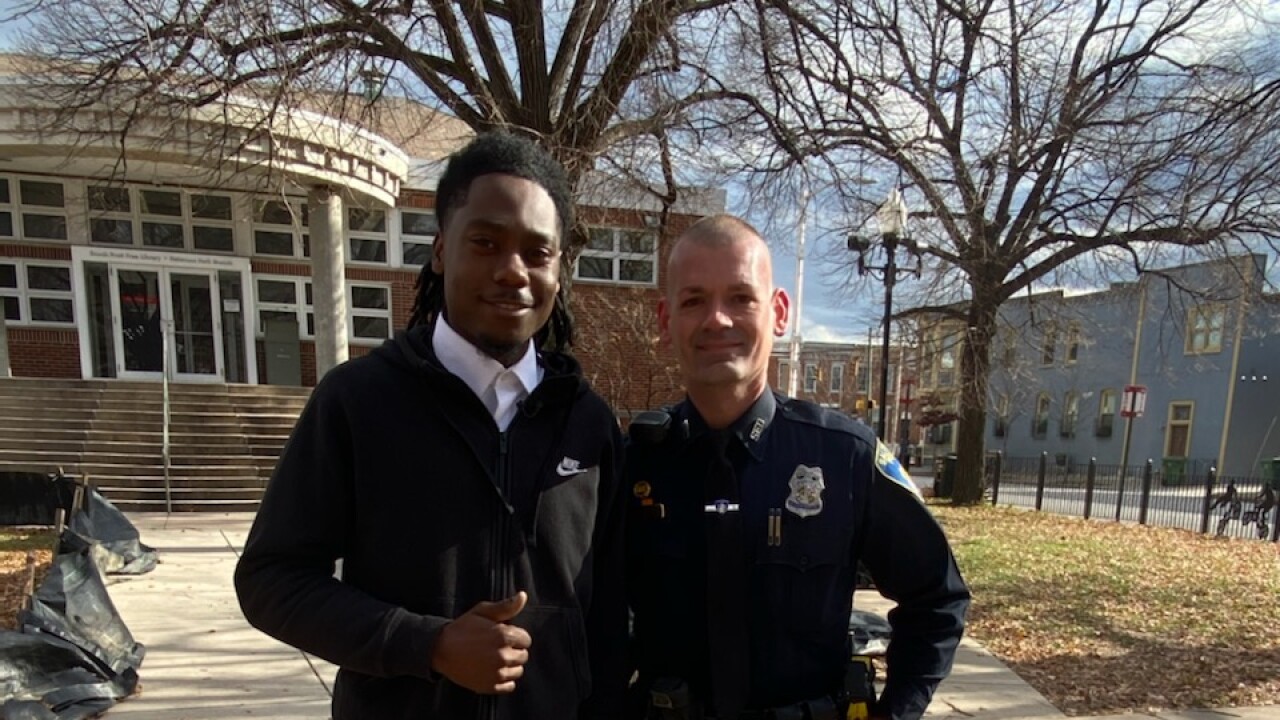 BALTIMORE — 19-year-old Micaiah Henderson grew up in Baltimore City with his mother and his brother. In September, he was having a rough day.

Baltimore City Police Officer Johnathan Harris was one officer who responded to that distress call. He searched the area in South East Baltimore, with the help of other officers, and eventually found Micaiah at Pratt Library on Linwood Avenue.

"We wanna do whatever we can to help you. I don’t want you to feel like you’re alone because you’re not," said Officer Harris, caught on one of the other officer's body cameras. Officer Harris explained he knew where Micaiah was coming from, since he grew up in the same neighborhood and struggled on the streets of Baltimore too.

"I know what it’s like to have people look down on you your entire life and tell you you’ll never be nobody or nothing. Especially when you don’t have that support there," Officer Harris said. "So I’m gonna step up for these young guys, men and women in our community because this is our future."

That's why he said he chose this career.

"If I'm not making a difference in someone's life, I'm not doing my job," said Officer Harris. That day, his priority was saving Micaiah.

"Your worth more than you can ever imagine," said Officer Harris, caught on the body camera footage. "If we gotta be that foundation for you, I'm gonna say go ahead and step on me because I'm gonna support you."

At first, Micaiah thought Officer Harris was just doing his job and quickly learned it was much more, that he was just a normal guy who cares underneath the uniform. They exchanged number that day and Officer Harris kept his word and has kept in touch over the last three months.

Micaiah said Officer Harris showed him he doesn't have to do everything on his own.

"My mindset has changed that there are people that want to help you and can help you," said Micaiah. "There are good cops like Officer Harris. I'm glad I met him."

A distress call that turned into a friendship.

Now, Micaiah plans to head to the Air Force. He said he passed all the appropriate tests and hopes to go to training at the beginning of the year.

Officer Harris said he'll just have to wait for an invitation to his graduation.