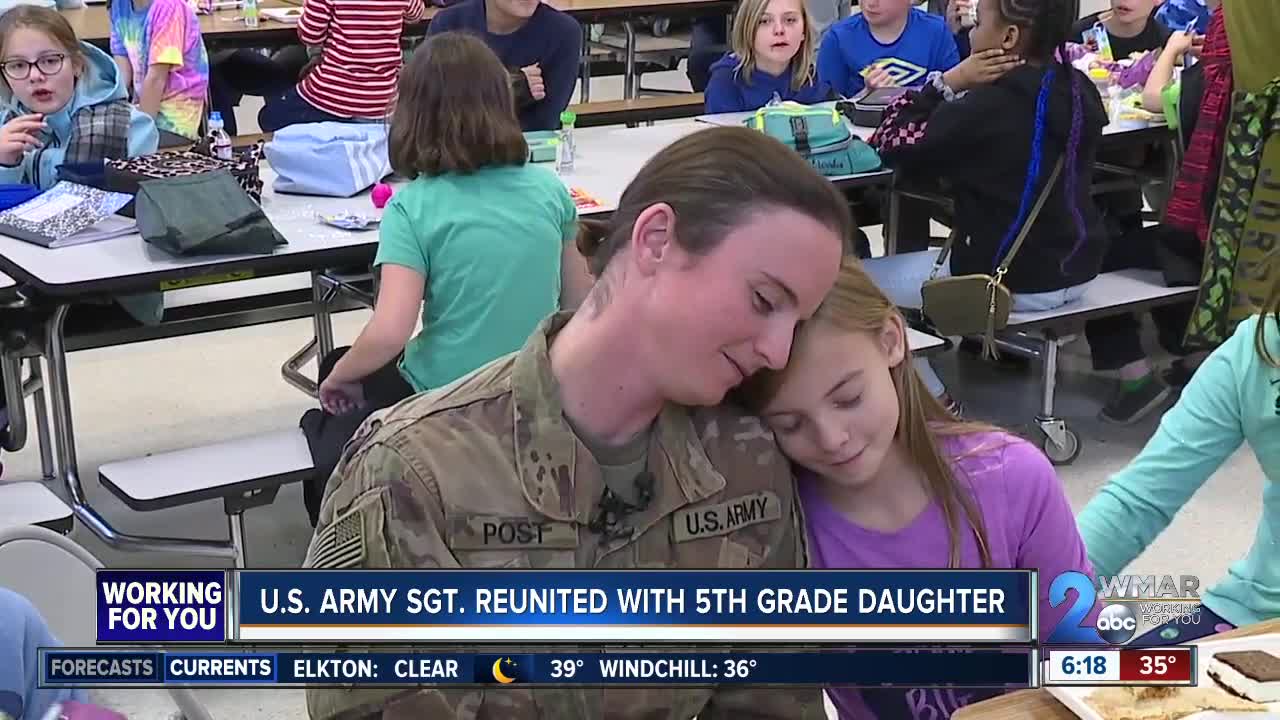 US Army Sergeant Brianna Post-Burkholder has been in the army reserves for 11 years. 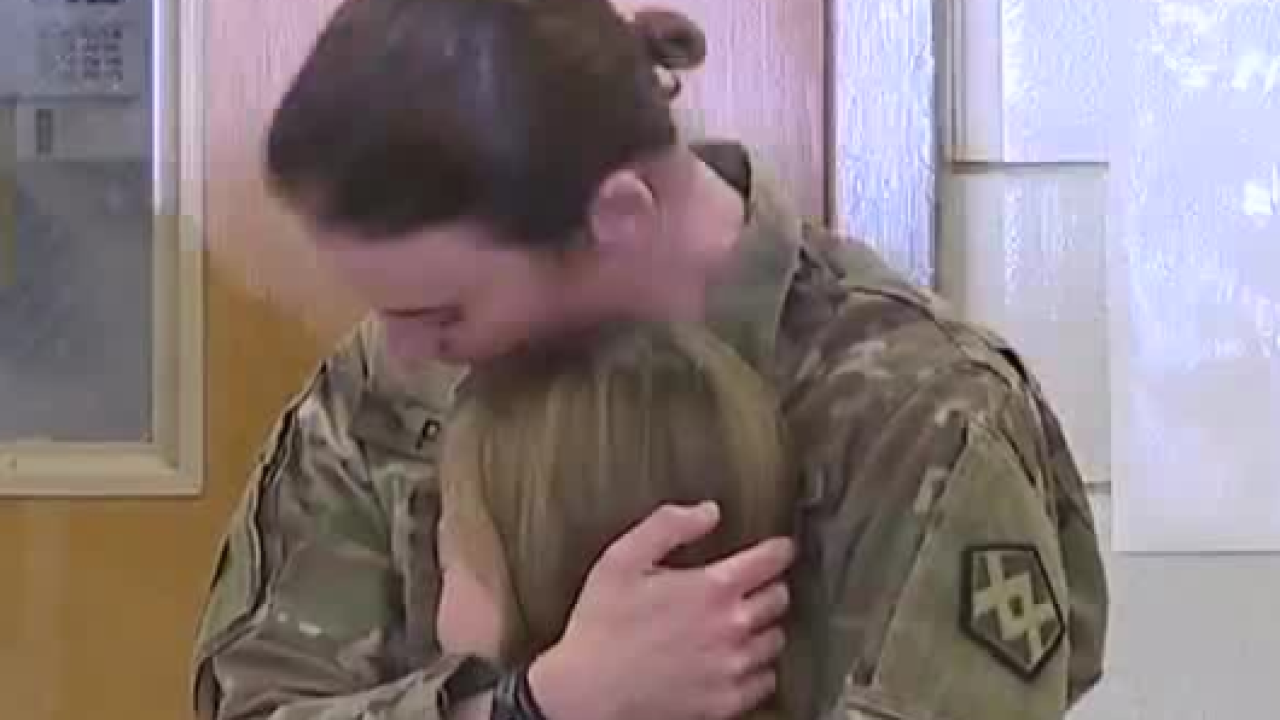 ANNAPOLIS, Md. — US Army Sergeant Brianna Post-Burkholder has been in the army reserves for 11 years.

WMAR-2 News' Don Harrison was there for the happy reunion between the mother and daughter that missed one another greatly.

Sgt. Post-Burkholder didn't know exactly when she would be able to come home. Kaylee was told it may be after Christmas.

This surprise came on quickly, she didn't find out she was traveling until last night.

"We just had a formation and they said,'Here's everybody's plane tickets and see you at 2 o'clock in the morning,'" Burkholder said.