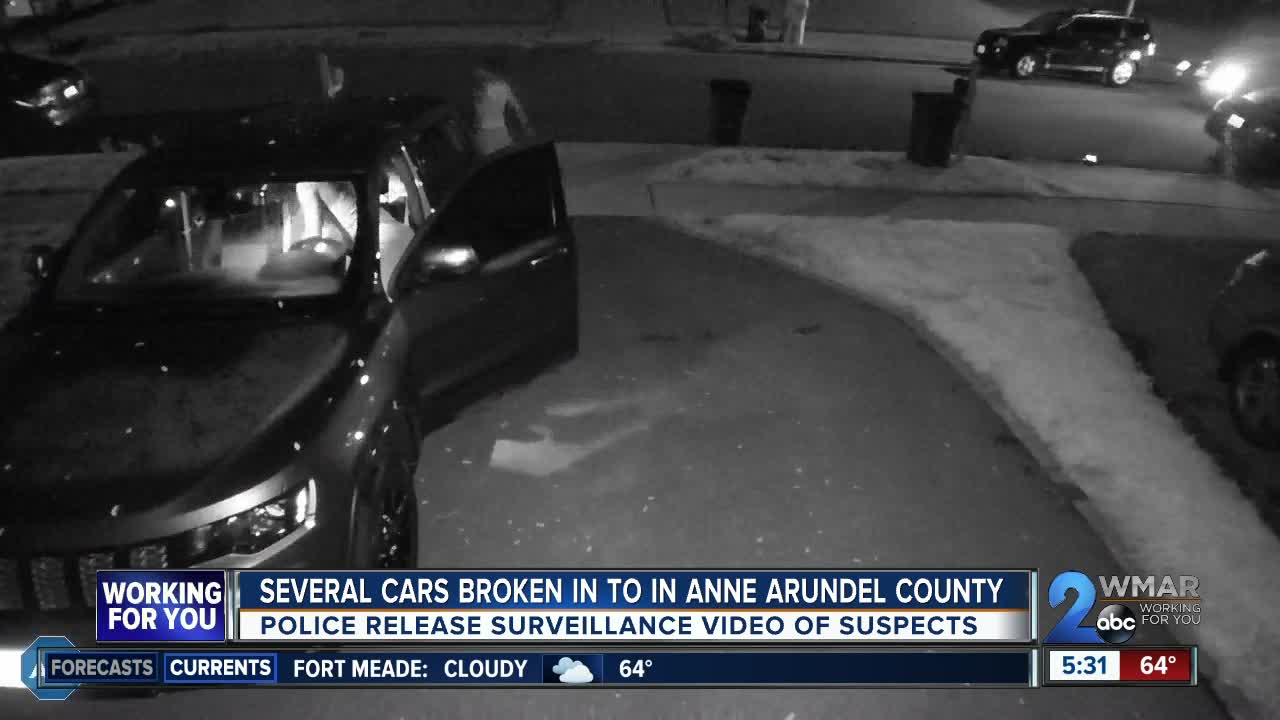 ODENTON, Md. — Some commuters woke up on Friday to find their cars had been broken into early this morning.

Detectives say more than a dozen cars were broken into. Many of the cars were unlocked and some had their window smashed in. Some of the cars were on Hallock drive and Saltoun drive in Odenton. At least two home owners were able to record these crimes on their security cameras.

County police say that crimes like this are some of the easiest to prevent.

"One is leaving high dollar valuable in plain view. if you lock your car and you have a laptop on your front seat, that's going to be very, very tempting to smash your window to take that lap top or take those valuables," Davis said. "The second thing is just leaving your car unlocked. Even if you don't have anything valuable in there they are checking the car doors, opening the glove box looking for the toll money you have kept in there from the summer and steeling it out of there.

If you have any information or think you may have seen something, contact Anne Arundel Police.