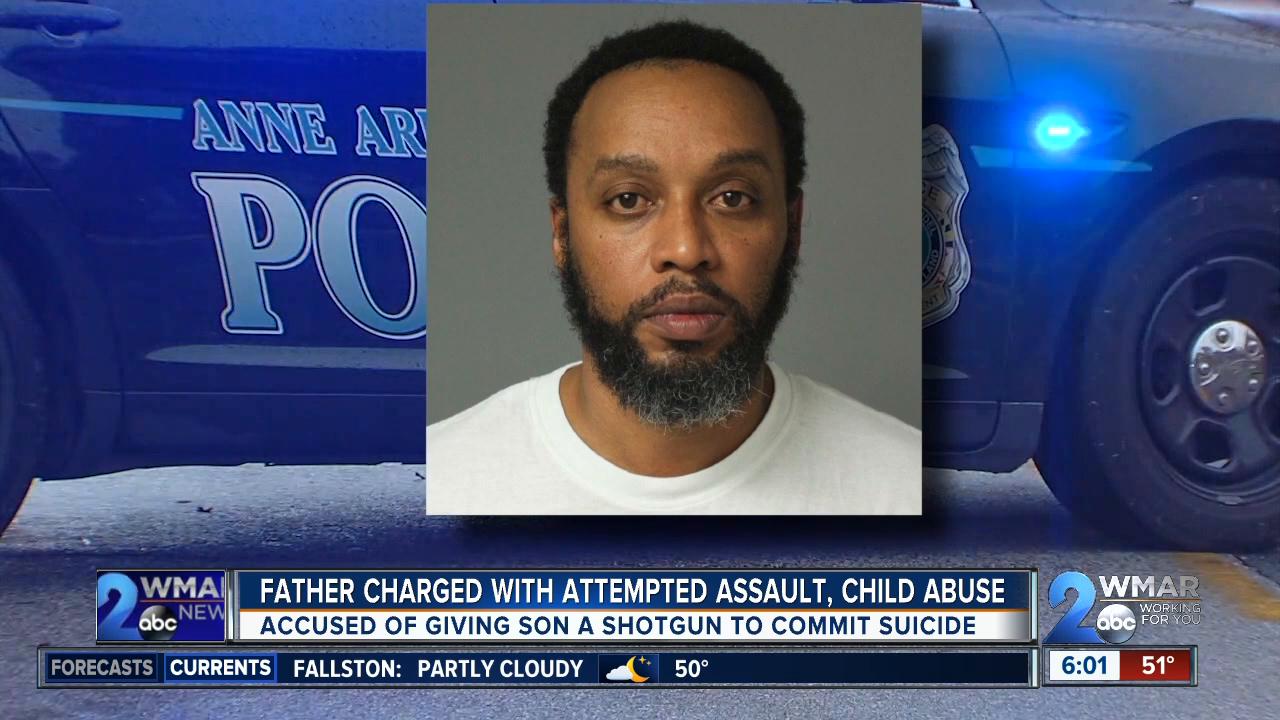 An Anne Arundel County teenage son confided in his parents about having suicidal thoughts.

ODENTON, Md. — An Anne Arundel County teenage son confided in his parents about having suicidal thoughts.

His father in response handed him a shotgun and told him to "Just do it." Now, that father sits in jail.

Anne Arundel county police arrested Anthony Lewis of Odenton and charged him with attempted first degree assault and child abuse among others.

The charging documents for Lewis paint a bleak picture at Lewis's home for his wife and teenage son. Police say Lewis's 14-year-old son told them about abuse from his father for some time now.

Documents say from January of this year to the end of June, the child recounted at least three times his father hit him with a belt or extension cord more than 20 times on each occasion causing bruises and welts. Most recently Lewis's son told police that he admitted to his parents he had been having suicidal thoughts. At that point the report says, Lewis shoved a shot gun into his sons arms and forced his sons hands over the trigger and said, "Do it, just do it."

At that time, charging documents said, the teenage boy left the room and went into his room and locked the door.

Kathryn Mattison works for the health department and deals with family matters such as this. She says life is confusing for a young teenage brain and to have suicide in the mix makes it much more difficult on a teenager.

"Most people don't want to die but, they are in so much pain that they need to connect with another person," she said.

During the first time the teenager said he was beaten by his father he said he was strangled by him as well, his son said "l saw weird colors in my eyes and it started turning black." Mattison says the fathers reaction was the opposite of how someone should react when someone admits they have had thoughts of suicide.

"You absolutely in every case have to take it seriously and the correct response to a child who expresses those suicidal thought is to be open hearted and curious and want to know more," Mattison said.

Court records say all the alleged abuse happened at home. Lewis was denied bail and is still in jail waiting for a trial to be scheduled.