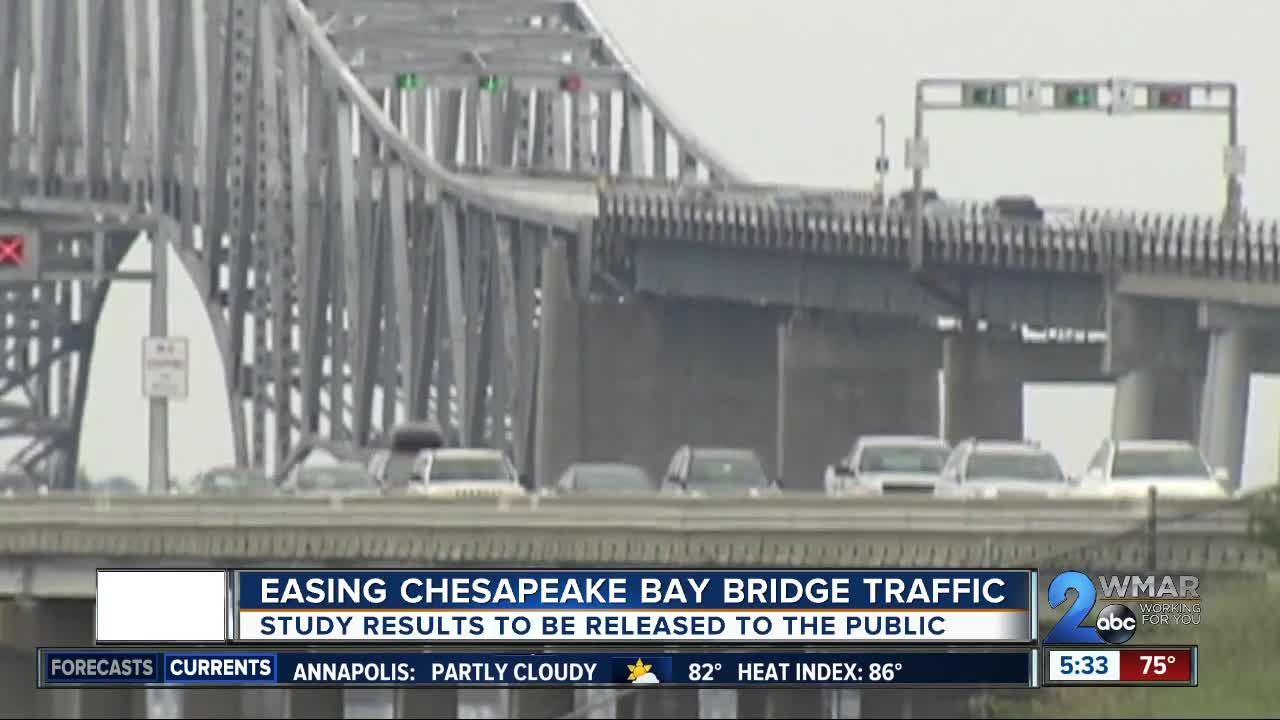 That subject has been on the minds of state officials for a while and they have released proposals for a new Bay Bridge.

These ideas have upset some, including Anne Arundel County Executive Stuart Pittman as all three of the ideas come right through his county.

The traffic is comparable to a bad dream and finding a solution for it has become a nightmare for those in control.

Previously the state released 14 different locations for a possible new Bay Bridge crossing, now it has been narrowed down to 3 locations and a no-build option.

All three build proposals go right through Anne Arundel County and that has County Executive Stuart Pittman wondering how his already overgrown, heavy traffic corridor can take any more.

He said he thinks other options can be looked at as well including bus, rapid transit, rail and ferries to move some of the traffic off the bridge.

Some estimates put these proposals from $5 to $10 billion. Even Governor Hogan has weighed in on the subject.

"There is only one option I will ever accept: adding a third span to our existing Bay Bridge," said Hogan. "While the federal process requires multiple proposals, the data is indisputable this option would maximize congestion relief and minimize environmental impact."

This issue of a new bay bridge has been going on for a couple of decades in Annapolis and people recognize it's a complicated situation.

Pittman says there are things that should have been done already, like removing the tolls and use EZ pass readers like on the 95.

It's common, we have the technology to do it. So that we don't have to stop at the tolls," Pittman said. "I don't know understand why that has not been done yet."