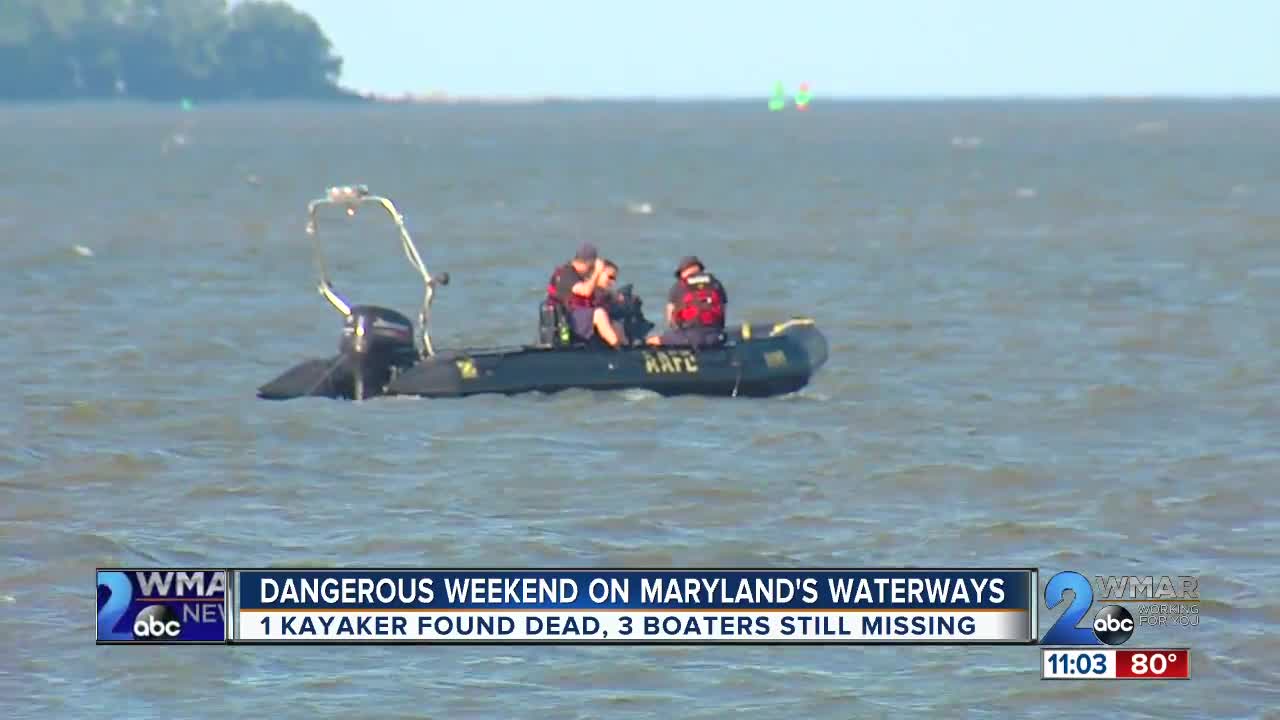 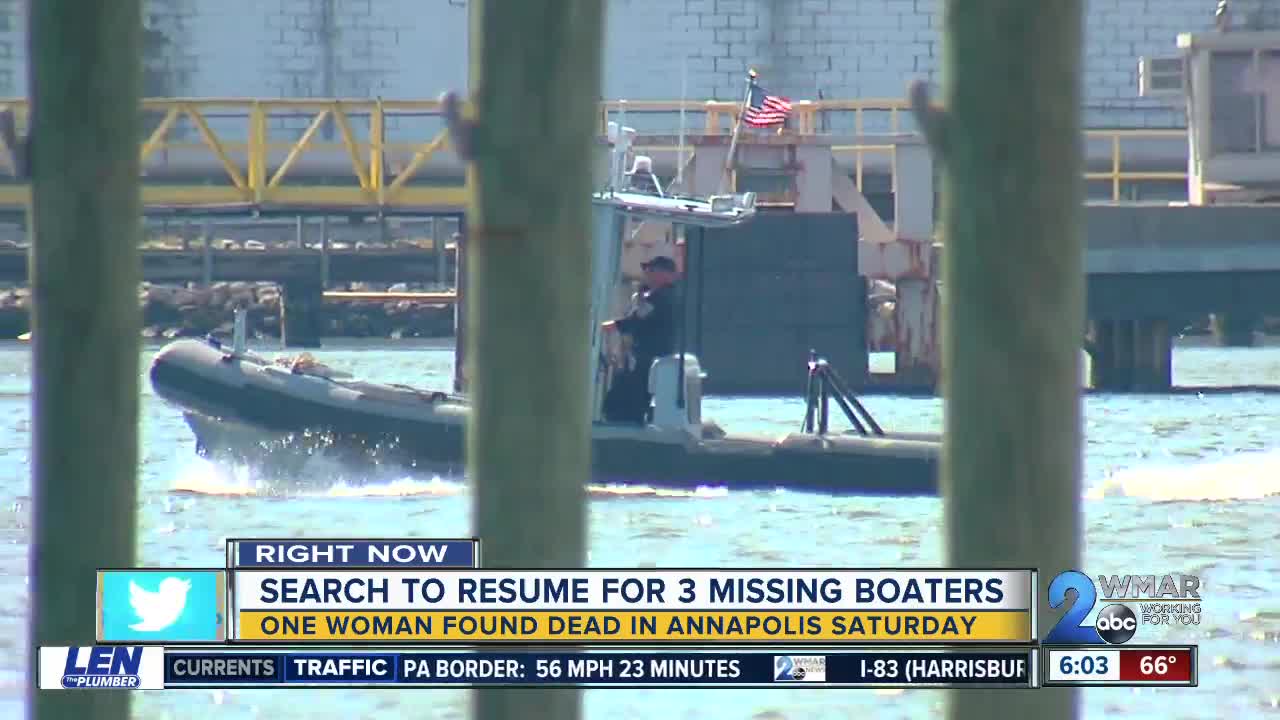 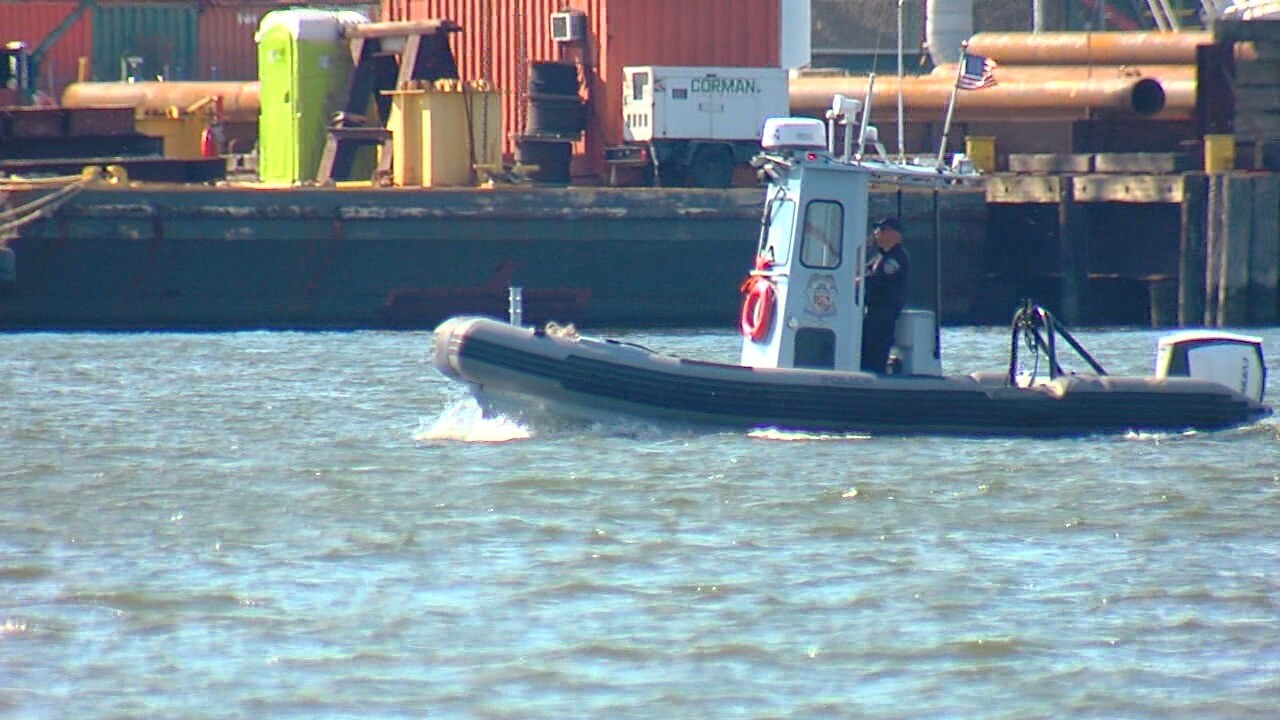 PASADENA, Md. — It was a dangerous weekend on Maryland's waterways. 13 people needed to be rescued; one woman was found dead and some are still missing.

By air and by water, rescue crews searched all Sunday for three men, a boat mechanic and two crabbers, who went missing out on the water Saturday.

“We worked extremely closely with our remarkable state and local partners to do everything we could to return Mr. Van Dyke to his family,” said Capt. Joseph Loring, commander, Coast Guard Sector Maryland-National Capital Region. “Despite the extensive search effort, we were unable to locate him. Our hearts go out to Mr. Van Dyke’s loved ones.”

All day, crews also searched the Patapsco River in between Stoney and Rock Creeks for two missing crabbers. Saturday evening, a boater told Coast Guard officials they found concerning debris out in the water: like empty beer cans, a flotation device, a cooler and a gas can.

Officials linked it back to two 27-year-olds, Mark Vetock from Glen Burnie and Tevin Calhoun from Pasadena.

Maryland Natural Resources Police say they don't have a good search area yet because a storm hit before the debris was found.

"It could have been moved around significantly from the storms so we would love to have the public's held if anyone saw two individuals in a small Jon boat yesterday out in the weather, where we could get some information to help narrow the search," said NRP Captain Melissa Scarborough.

Late last night, NRP also found the body of the 40-year-old woman who went missing while kayaking in Spa Creek in Annapolis. Police say she was not wearing a life jacket, and they don't know if the boater or crabbers were either.

As summer sets in and a holiday weekend approaches, police want to make sure people stay safe out on the water.

She says above all else, wear a life jacket.

"Regardless of if you're a good swimmer, regardless of the weather conditions, anything could happen at any time," said Scarborough.

NRP also suspended the search for the crabbers Sunday evening but say crews will be back at both locations Monday, conducting searches along the water's surface.

Police say weather did not play a factor in the incidents with the boater and kayaker, but they're not sure about the men out crabbing. The Coast Guard is investigating the cause of the Curtis Bay incident.