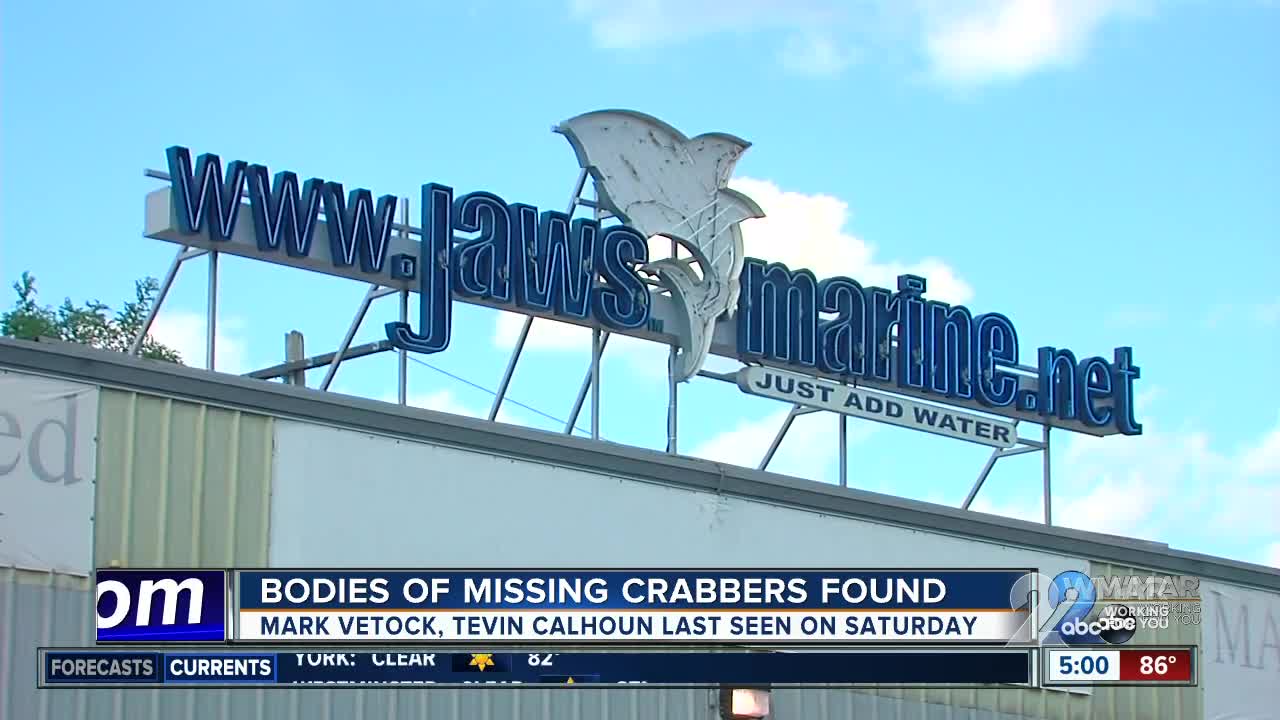 The two 27-year-old men, Mark Alexander Vetock of Glen Burnie and Tevin Leviticus Calhoun of Pasadena, were reported missing when they took their 14-foot long Jon boat out into the waters in Silver Sands Saturday afternoon. They were reportedly heading towards Dobbins Island. Roughly two hours later, another boater flagged down a passing Coast Guard vessel to say some “concerning debris” was found near the Brandon Shores Power Plant. The boater had found a gas tank, a flotation device, and Vetock’s wallet.

Family held out hope the men would be found, saying that they would never leave each other in distress, and that the boat was supposedly outfitted with the flotation devices. By late Sunday, authorities had suspended their search from an active rescue operation, pivoting to a recovery mission. Police returned to the area again Monday to look for any signs of the men.

Monday afternoon MDNR reported they had found two bodies, but they did not confirm where they were discovered or who they were. A few hours later, police confirmed it was the two missing crabbers.

Maryland Governor Larry Hogan tweeted that he and the First Lady are saddened by the loss of Calhoun and Vetock, and are praying for their family, friends, and loved ones.

The deaths rise the total to three people who were killed in boating accidents this weekend.