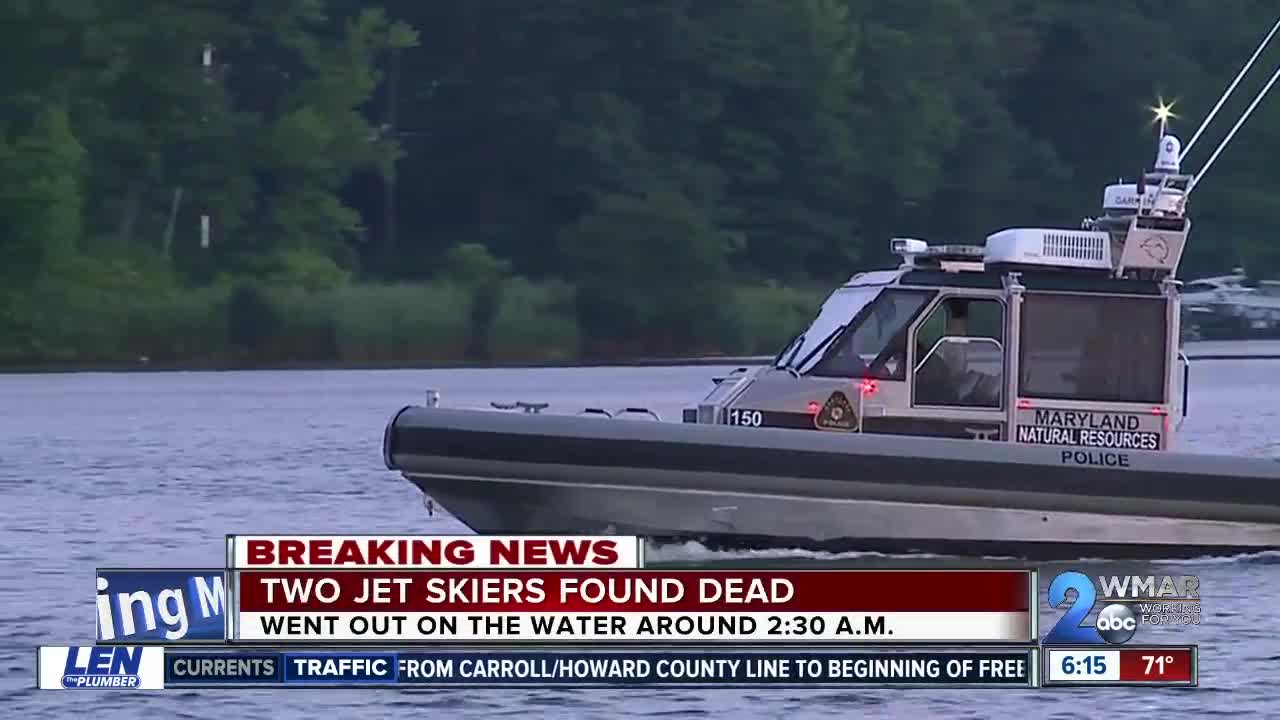 The Anne Arundel County Fire Department recovered the bodies of two jet skiers during a water rescue in Edgewater.

Crew were called to the South River, just off of Edgewater Drive, around 2:30 a.m. Wednesday. Officials said a man and a woman went out for a ride on the water around 1:30 a.m. Moments later, witnesses told officials that they heard a collision.

The department tells WMAR-2 News that when crews arrived they found a damaged jet ski, but not the two passengers. Investigators believe the jet ski crashed into a water pylon.

Just before 6:00 a.m., authorities told WMAR-2 News that the two were found dead.

This comes after six people died in water related incidents over the weekend in the county.

We will update this story with more information as soon as we get it.