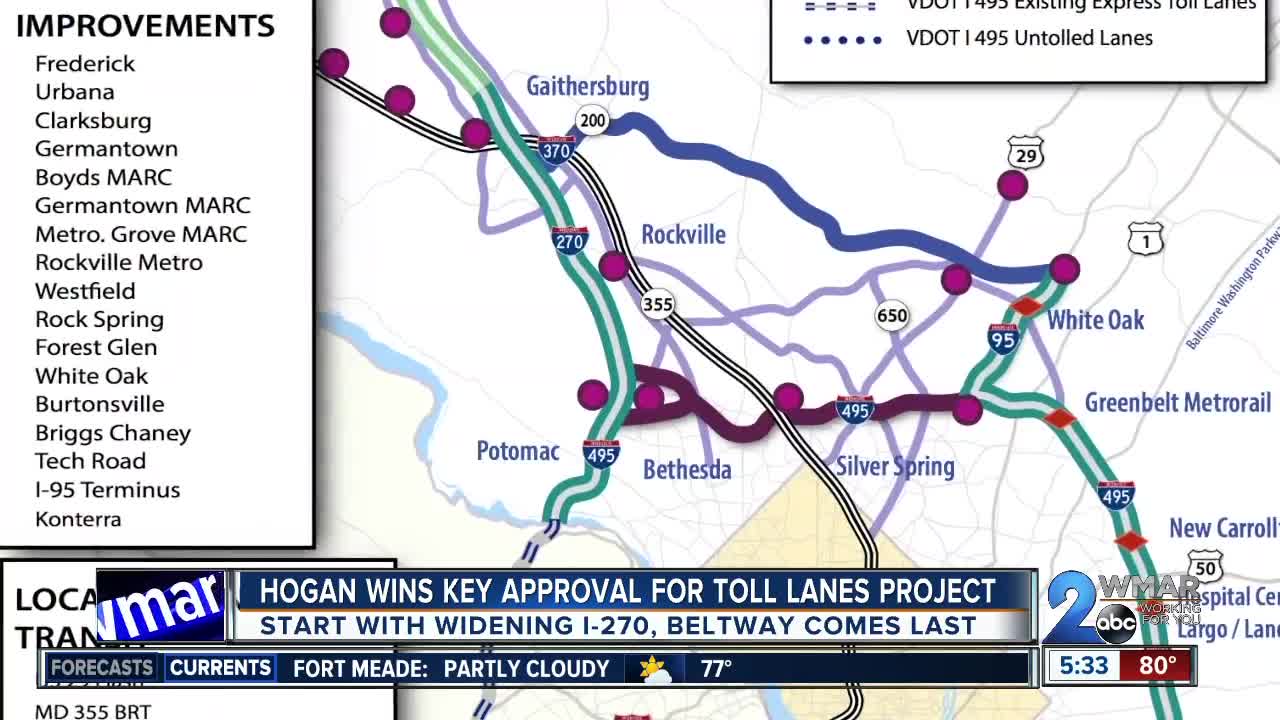 The Board of Public Works voted on a $11 billion road construction plan Wednesday morning. The plan would add lanes to the beltway between I-95 and MD 270 and expand 270 as well.

ANNAPOLIS, Md. — The Board of Public Works voted on what the governor described as the biggest P-3 contract in North America.

A P-3 contract is one consisting of a public/private partnership. It is an $11 billion road construction plan for the Capital beltway. The plan is to add more lanes around 270 and improve the beltway between 270 and 95.

Before the Board of Public Works meeting, a group of people not fond of the massive road construction project met to voice their thoughts. Some feel the project is moving too quickly.

"And he should slow down to get the facts before shoving another massive highway expansion down the throats of people who don't want it," said Josh Tulkin, MD Sierra Club.

"That kind of massive infrastructure investment of fossil fuel based dinosaur solutions is the ultimate thinking in the box," said Kai Hagen, Frederick County Councilman.

Governor Hogan says keeping cars moving will mean the cars will be off the road quicker and not in bumper to bumper traffic emitting toxins.

"Countless studies have shown that getting cars moving more quickly and out of stop and go traffic will significantly cut down on emissions and wasted fuel," said Governor Hogan.

The project passed by a 2-1 vote, Treasurer Nancy Koop was the only dissenting vote.

"Only additional new and optional express lanes at no cost to the tax payers will be tolled," said Governor Hogan.

The governor says this is just one of a three-part process to alleviate what some call the worst traffic in America.