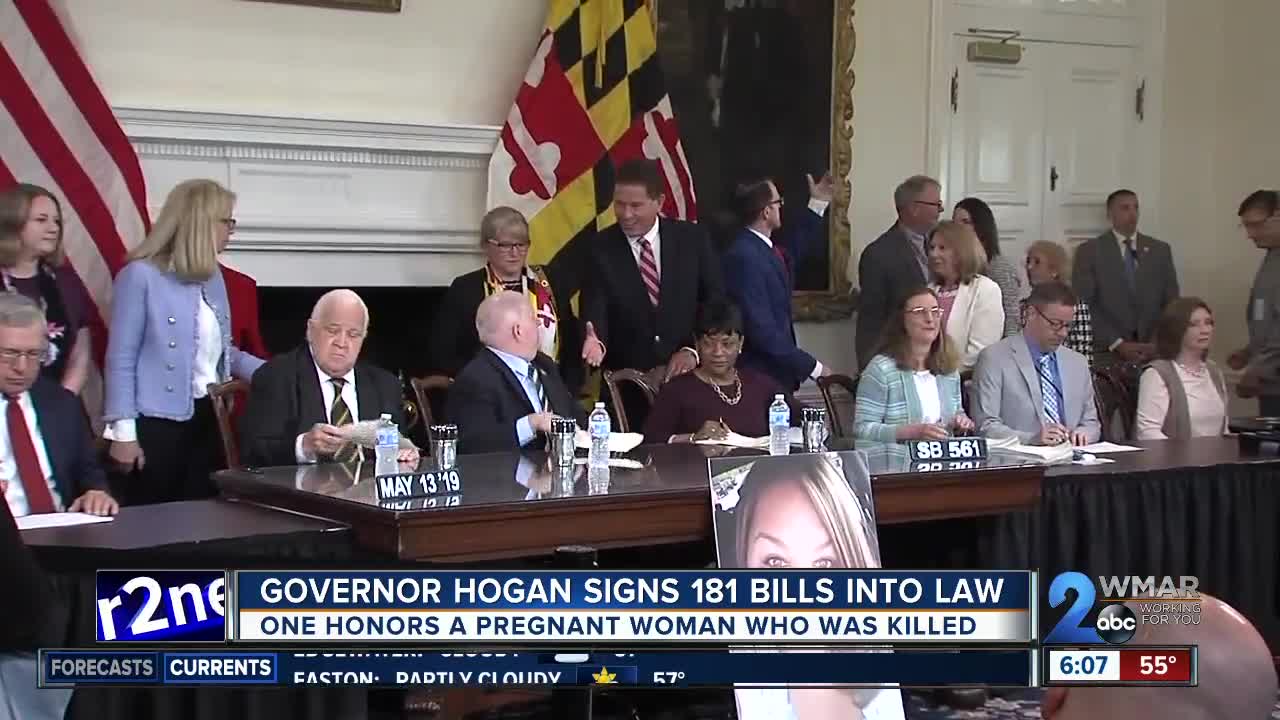 Governor Hogan had another bill signing on Monday. One of the 180 bills signed was a new law created after the tragic death of Laura Wallen and her unborn child.

ANNAPOLIS, Md. — Governor Hogan had another bill signing on Monday. One of the 180 bills signed was a new law created after the tragic death of Laura Wallen and her unborn child.

Laura Wallen was allegedly killed by Tyler Tessier in September of 2017. She was four months pregnant at the time with his child. Tessier never went to trial because he killed himself in jail. When prosecutors built their case and charged Tessier in the murder, though, they were only able to charge him with the death of his girlfriend and not the baby, who was going to be named Reid.

The new law now states if a person knowingly commits a felony against someone and they know or believe that person is pregnant, an additional 10 years can be added to their sentence.

Laura's parents Mark and Gwen were at the bill signing held in Annapolis.

"It was a little like an out of body experience, but it was also really hard to hear Laura and Reid's name when they said 'Laura and Reid's Law.' It's happy, but it's painful too," said Gwen Wallen.

The new law says the 10 years can be added concurrently with the sentence or can be added on to the end of a conviction.

"This is a great day for the women of Maryland, and I think that our family has done a very small step in making things better," said Mark Wallen.

Maryland will now join 38 other states that have a law similar to this.

"And if this helps another women in the State of Maryland, then we will have honored Laura," said Gwen Wallen. "So it's not as much about healing as it is about honoring Laura and honoring Reid."