Trump picks campaign adviser Friedman as US ambassador to Israel 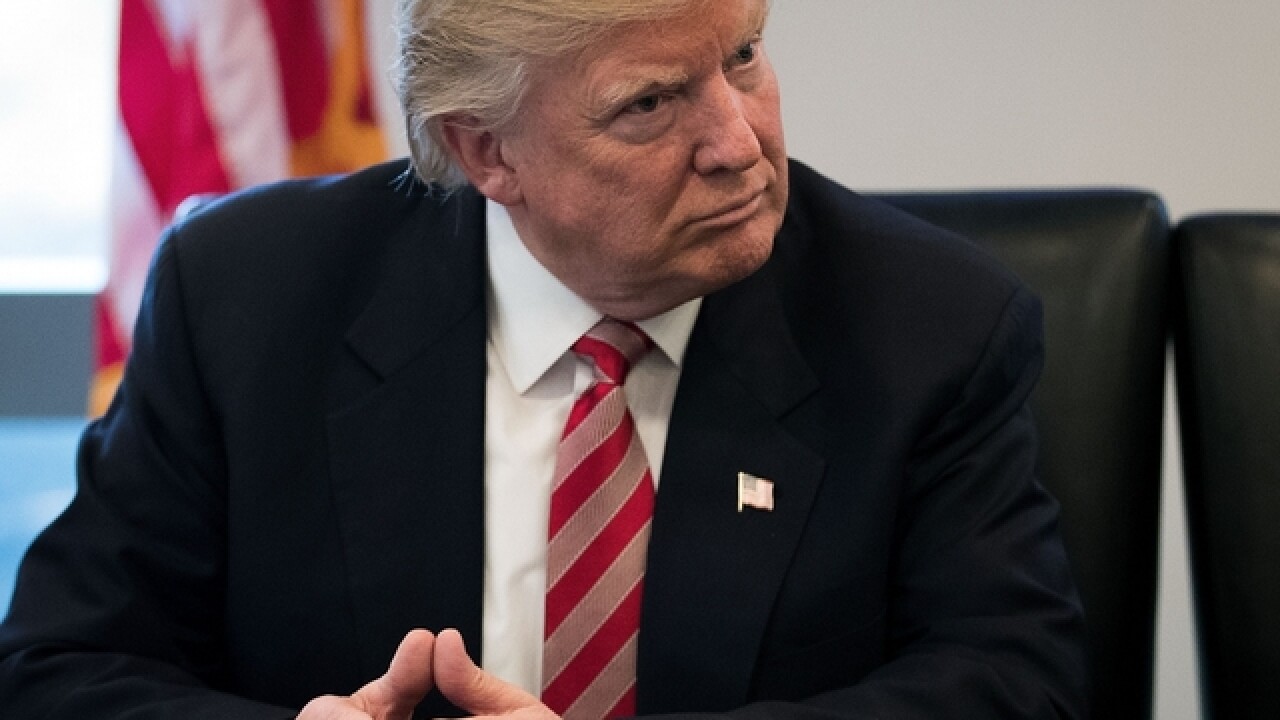 WASHINGTON (CNN) -- President-elect Donald Trump said Thursday he will nominate campaign adviser David Friedman to serve as the US ambassador to Israel, signaling a conservative stance toward the Jewish State in regard to Jerusalem policy and a two-state solution.
In a Trump transition statement announcing the pick, Friedman made a reference to moving the US embassy from Tel Aviv, Israel's business capital, to "Israel's eternal capital, Jerusalem."
His remarks align with those made by Trump on the campaign trail, who promised to recognize Jerusalem as the undivided capital of Israel, a move that would upend decades of US policy. Friedman has also said in the past that he does not believe Israeli settlement activity is illegal and opposes a ban on construction in the West Bank and East Jerusalem -- a stance that runs counter to decades of US policy.
Republicans have long sought to establish a US embassy in Jerusalem and recognize the city as Israel's capital. Past US administrations on both sides have not made that move, as Palestinians also claim Jerusalem as their capital. For 60 years, the US recognized no sovereign claim to Jerusalem. The Supreme Court ruled last year that a man could not have "Israel" on his passport as his place of birth, siding with the Obama administration that it should read "Jerusalem."
The Jerusalem Embassy Act of 1995 requires the US government to move the embassy to Jerusalem, but the move has been waived every six months since the law was passed. Presidents Bill Clinton, George W. Bush and Barack Obama all declined to relocate the embassy after being elected, citing national security.
Right turn on US-Israel policy
Friedman also advised Trump throughout the campaign and made waves for suggesting in an interview with an Israeli newspaper that a Trump administration could support annexation of parts of the West Bank, also countering current US policy. He told CNN later that he was responding to a hypothetical question and not necessarily advocating for such a policy.
Under his and others' advisement, the GOP platform moved to the right by removing a reference to a two-state solution to the ongoing conflict between Israel and the Palestinians, distinguishing itself from the Democratic platform that recognized both states.
The two-state policy has been a pillar of US posture toward Israel throughout past Democratic and Republican administrations. Friedman has written about the need to move away from the two-state solution.
J-Street, a progressive Israel group, said it "vehemently" opposed Friedman, citing his position on a two-state solution.
"As someone who has been a leading American friend of the settlement movement, who lacks any diplomatic or policy credentials and who has attacked liberal Jews who support two states as 'worse than kapos,' Friedman should be beyond the pale for senators considering who should represent the United States in Israel," the group said. "This nomination is reckless, putting America's reputation in the region and credibility around the world at risk."
The Republican Jewish Coalition, however, welcomed the selection and vowed to work with Friedman to move the US embassy to Jerusalem.
"The selection of Mr. David Friedman to serve as United States Ambassador to Israel sends a powerful signal to the Jewish community and the State of Israel that President-elect Trump's administration will strengthen the bond between our two countries and advance the cause of peace within the region," the organization said in a statement.
Trump's position unclear
Trump's own position on Israel had not been clear throughout the campaign. He has long said negotiating a peace deal between Israel and the Palestinians would be the pinnacle of deal-making, in which Trump takes pride.
But a year ago he was booed at the Republican Jewish Coalition when he declined to promise to keep Jerusalem as the undivided capital of Israel during an onstage Q&A. He also said peace would depend on whether Israel is willing to make sacrifices and said he would remain "neutral" in the negotiations, dodging a question on how he would refer to the West Bank.
Trump shifted gears after criticism for those comments, including from staunchly pro-Israel competitors Sens. Marco Rubio and Ted Cruz. At a spring appearance at the large pro-Israel lobby, the American Israel Public Affairs Committee, Trump made one of his first teleprompter-based speeches designed to show himself as a strong supporter of Israel.
Current US Ambassador to Israel Dan Shapiro has urged Trump's administration to stick with current of US policy on the country.
"Every government, every US administration has looked at that question, has determined that the embassy is where it should be," Shapiro said. "And I can't speculate beyond that."
Friedman served as counsel for Trump in connection with his investment in Atlantic City casinos. Trump filed for business bankruptcy related to the casinos four times between 1991 and 2009.
CNN's Andrew Kaczynski and Tami Luhby contributed to this report.
The-CNN-Wire
™ & © 2016 Cable News Network, Inc., a Time Warner Company. All rights reserved.
WMAR