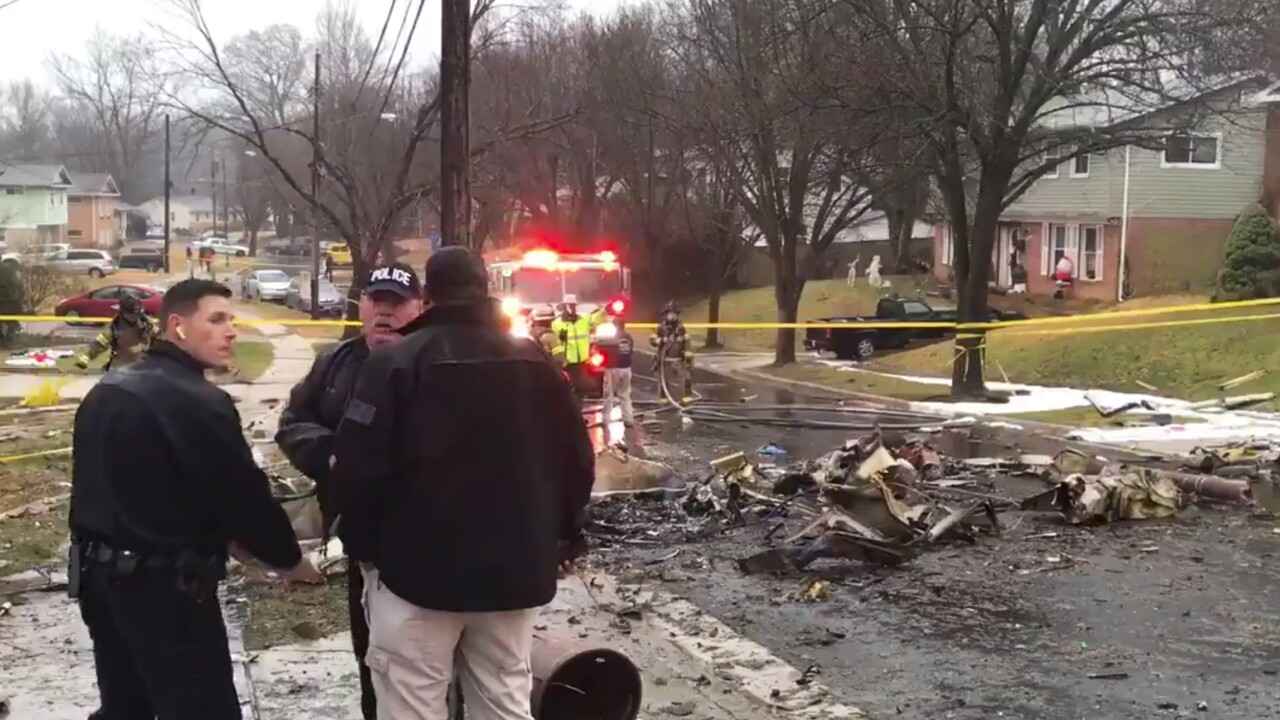 Five people died in the crash in Louisiana and one in the Maryland crash. At least eight were injured in the four crashes.

A Piper PA-31T was headed to Atlanta for a college football playoff game when it crashed near Lafayette Regional Airport in Louisiana, officials said.

The five people killed in this crash were:

McCord was a sports reporter with WDSU television in New Orleans and also served as in-game host for the New Orleans Saints and the New Orleans Pelicans. The teams remembered McCord's "infectious personality" in a joint statement.

Three people were injured on the ground, two of whom were treated for smoke inhalation and are doing fine, Benoit said.

Four people were injured when a small plane crashed in a parking lot across from Asheville Regional Airport in North Carolina.

The plane crashed as it was taking off about a quarter-mile east of the airport, according to CNN affiliate WLOS-TV.

No details have been provided on what may have caused the plane to crash, but the Federal Aviation Administration issued a ground stop at the airport in the evening as a result.

Pilot the only one on board during Long Island crash

Only the pilot was aboard the Mooney M20R aircraft when it crashed into a wooded area of East Farmingdale, Long Island, authorities said.

The crash took place about 1 mile south of the runway at Republic Airport, a person with knowledge of the investigation told CNN.

The pilot was on the final approach when the crash occurred, Federal Aviation Administration spokesman Jim Peters told CNN.

New York State Police are investigating the crash and have not released the condition of the pilot.

One person was killed Sunday after a small plane crashed into two houses in Lanham, Maryland.

The airplane hit a carport attached to a single-family home, Prince George's County spokesman Mark Brady said. The plane burst into flames, igniting a car and damaging the house and the one next door. The home was not occupied at the time of the crash, he added.

One person on the plane was declared dead on the scene, Brady said.