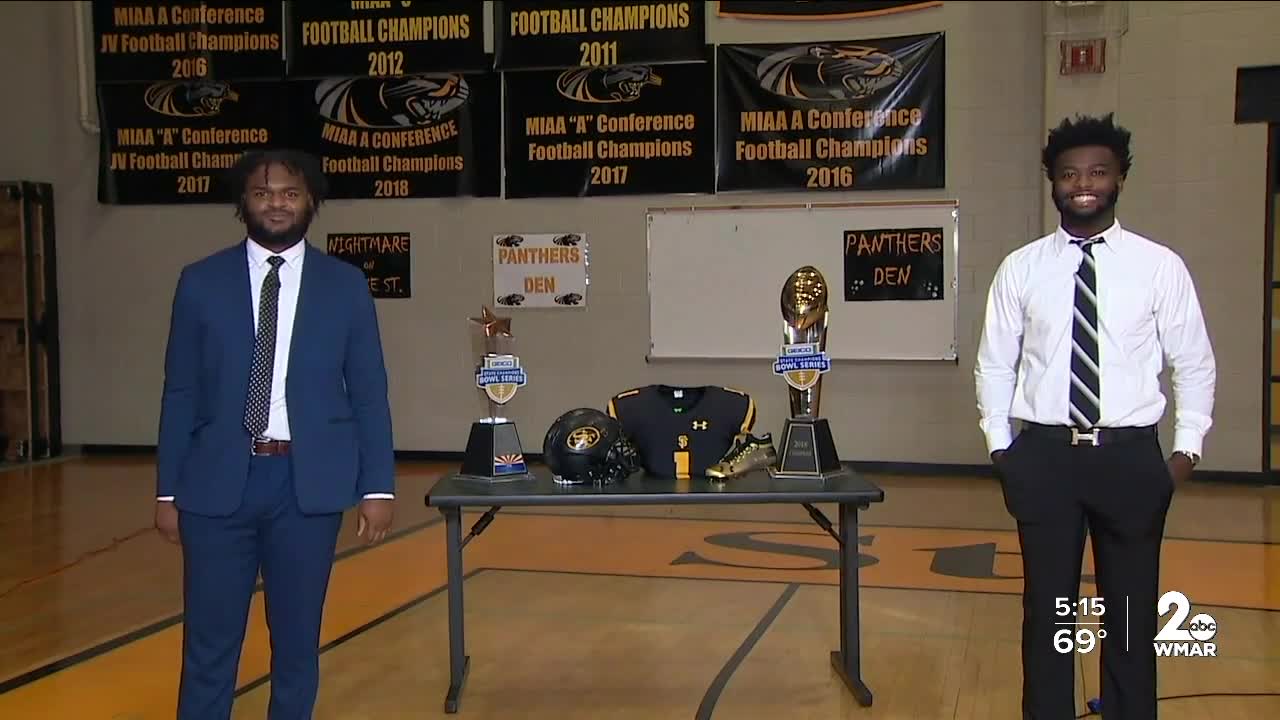 BALTIMORE — Two former athletes at a local powerhouse are getting a new chance to keep their college educations going.

And it's all thanks in part from an NFL Hall of Famer turned media icon.

"Gillette, it's a brand committed to helping groom the next generation of men to be there best. They are proud to present Ace and Colbe with the best men can be scholarship of $25,000 each."

Both student athletes attribute their success to St. Frances Academy.

"It changed my life real well. It helped me to become a better athlete, a better Christian man also and gave me that family feel," continued Calvin.

Strahan is an executive producer for a new 4-part HBO documentary about the St. Frances Academy football program right here in Baltimore.

St. Frances Qcademy caught national attention when other private school football programs accused them of "stacking their team" with talent. Eventually local schools refuse to play them and St. Frances had to expand their play to teams around the country and even Canada.

Both players are focusing on their life after they hang their cleats up.

"So, my goal is to graduate and I want to become a film director right after college if football is not my calling," said Calvin.

"My biggest goal honestly is to just get a degree. That's my biggest thing, my parents always pushed me to get my degree. I want to be a credit analyst or a commercial real estate agent," Page said.

Neither player received a full scholarship. They were awarded partial academic and athletic scholarships.

These scholarships help bridge the gap for the two young athletes. Ace and Kobe's schools are both scheduled to have spring football this year.