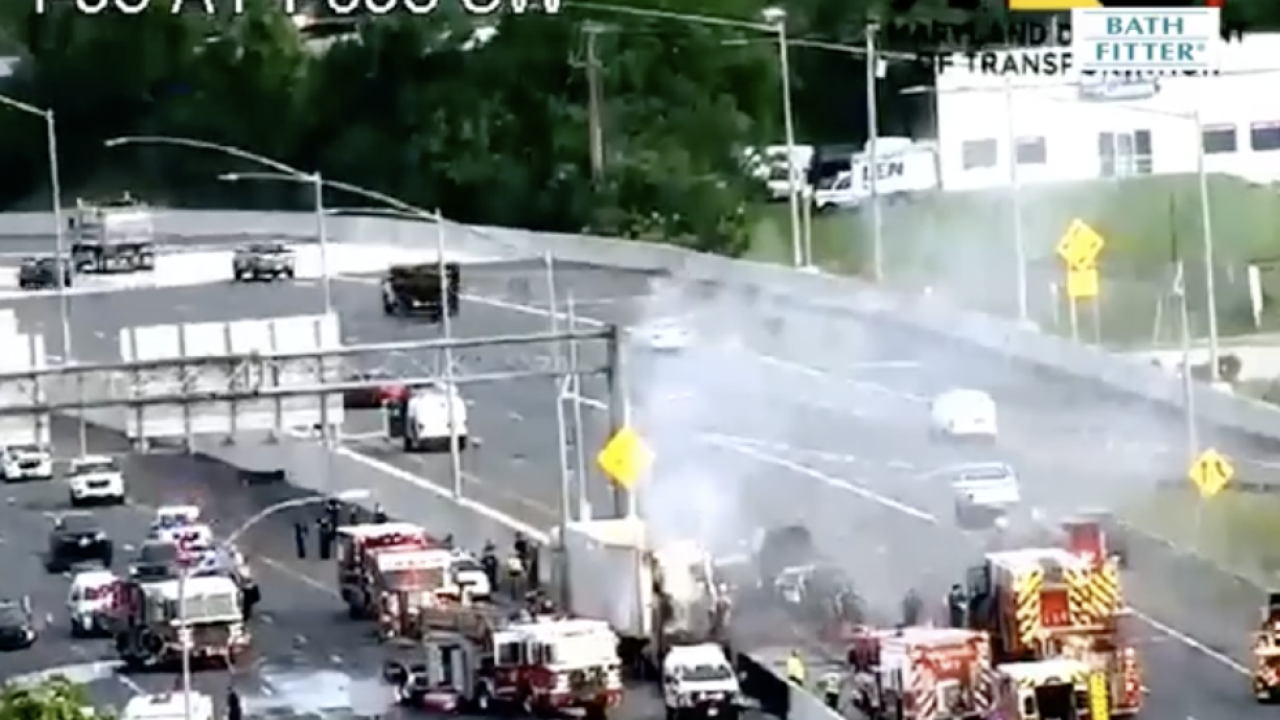 ARBUTUS, Md. — A crash caused a tractor trailer to catch fire on I-695 at the I-95 interchange in Arbutus Wednesday morning.

The incident closed both directions of I-695.

Three people were taken to the hospital in serious condition, including two that needed to be freed from their car.

Baltimore County fire officials say the flames have since been extinguished. Hazmat units have been called to the scene for cleanup.

There is no word yet on what caused the collision.