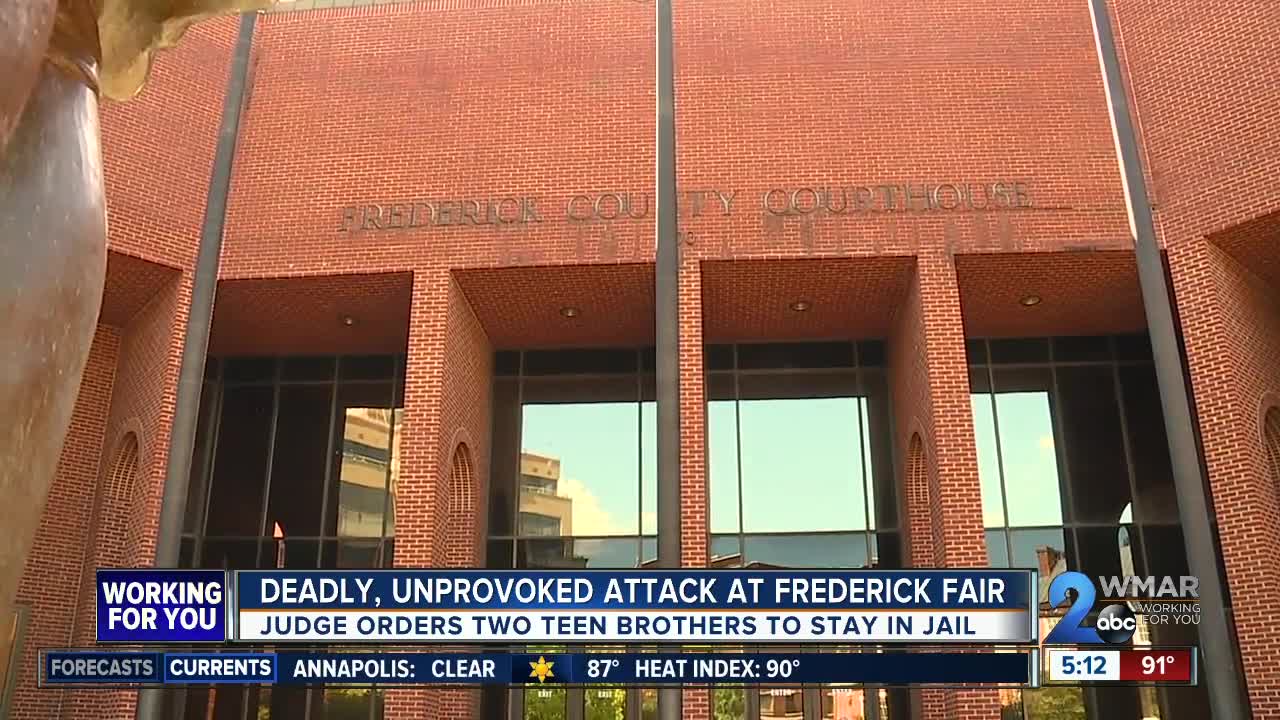 The Frederick County States Attorney says a dollar bill led to the deadly attack of a man on Friday evening at the Great Frederick Fair.

FREDERICK, Md. — The Frederick County States Attorney says a dollar bill led to the deadly unprovoked attack of a man on Friday evening at the Great Frederick Fair.

Now a judge has decided that the two teens responsible will be held in custody for at least the next 30 days, but only on juvenile charges.

Frederick County Sheriff's deputies found 59-year-old John Marvin Weed of Mount Airy, on the ground unconscious near the midway area of the fairgrounds.

During a Monday court hearing, it was revealed the incident was sparked by two teenage brothers asking Weed for a dollar.

At some point, words were exchanged resulting in the 16-year-old punching Weed in the back of the head.

After some time had gone by, the 15-year-old jumped in and delivered what turned out to be a fatal punch.

One of the suspects even spit on Weed after he had been knocked unconscious.

During a Monday afternoon press conference, States Attorney Charlie Smith said murder charges aren't warranted because the attack didn't appear to be planned or conspired. Smith did say manslaughter charges are more appropriate for the 15-year-old's actions, but that State law does not permit someone under 16 to be charged as an adult with such a crime.

Smith said there is a future possibility he may seek a waiver for the 15-year-old to be entered into the adult justice system, but he hasn't yet finished the investigation or decided on that at this time.

Investigators don't believe the incident is a hate crime, but the State's Attorney said that could change if other evidence is uncovered.

RELATED: "He was my rock", sister of man killed at Frederick Fair reacts to his death

Due to both being charged as juveniles, the suspect's identities haven't been released.

Smith also added that additional people could be charged if they find anyone else assisted or helped plan the attack.