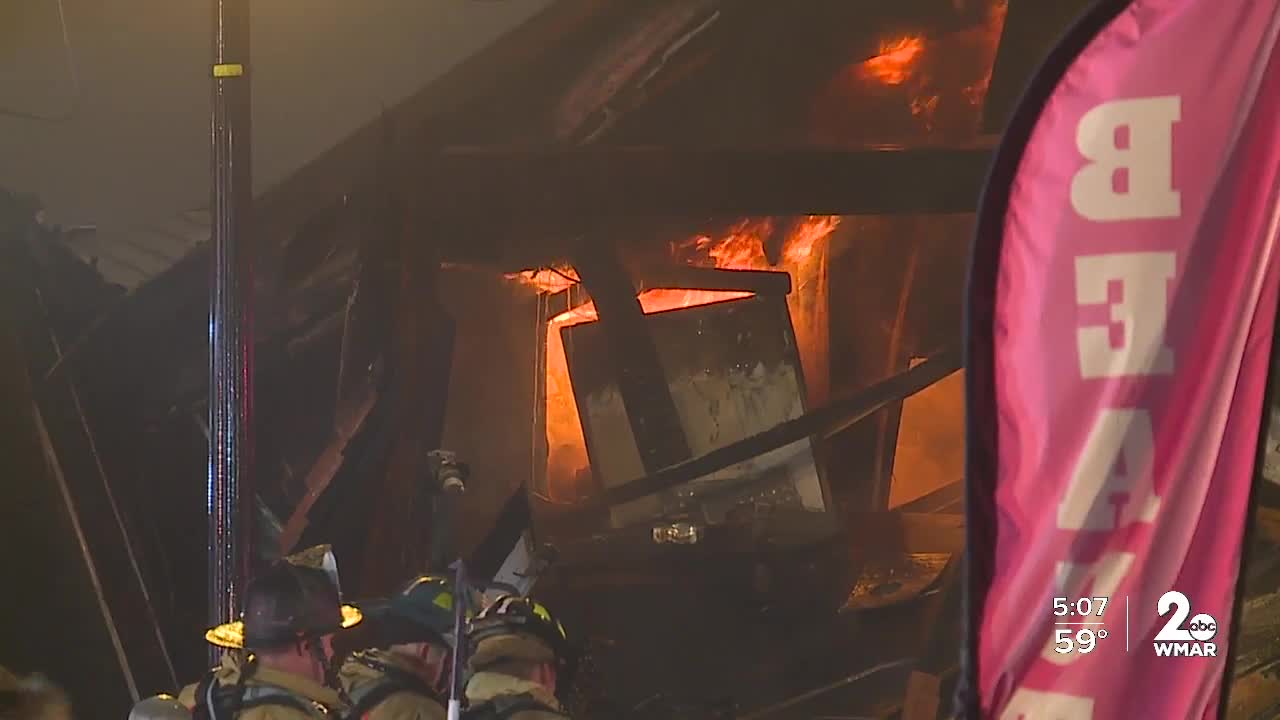 PIKESVILLE, Md. — She and her husband have poured their lives into Jilly’s Bar and Grill for decades, and Kathie Reich says the day before it burned to the ground, her husband asked a suspicious man to leave who was bothering people seated outside the restaurant.

“He started leaving and then he said something about, ‘Cut people’, and things like that so my husband thought he was serious so he called the police and had him for trespassing and said he can’t come back,” said Reich. “I don’t know if they found a knife on him. I don’t know that they did. That was just talk. So trespassing, and he said, ‘I’ll be back’, like ‘watch your back’ type thing so my husband left and came home and we got the alarm call that night.”

A security alarm, which came minutes before fire spread through the restaurant causing a portion of it to collapse.

It didn’t take long for investigators to determine it was arson.

“They were able to determine that there were four propane heaters for outdoor dining by the side of the restaurant and they believe that someone tipped those heaters against the side wall, ignited them, which then caused the fire,” said Sgt. Vickie Warehime of the Baltimore County Police Department.

Police spotted the man who had been issued the no trespass order at the scene, who now has been identified as 40-year-old David McDermott, and later arrested him for setting the fire, which destroyed the business and left its 20 employees jobless in the midst of a pandemic.

“One of our girls is expecting her second child at the end of January. She has a two-year-old at home,” said Reich. “Melissa’s got small children. My daughter-in-law works here. She’s our bartender. She’s got a 14-year-old, a 12-year-old, a 7-year-old. I mean people have lives and they’re all turned upside down again.”

McDermott is now being held with no bail facing a Second Degree Arson charge.

A GoFundMe page has been set up to help the 30 employees of Jilly’s Restaurant. To donate, click here.