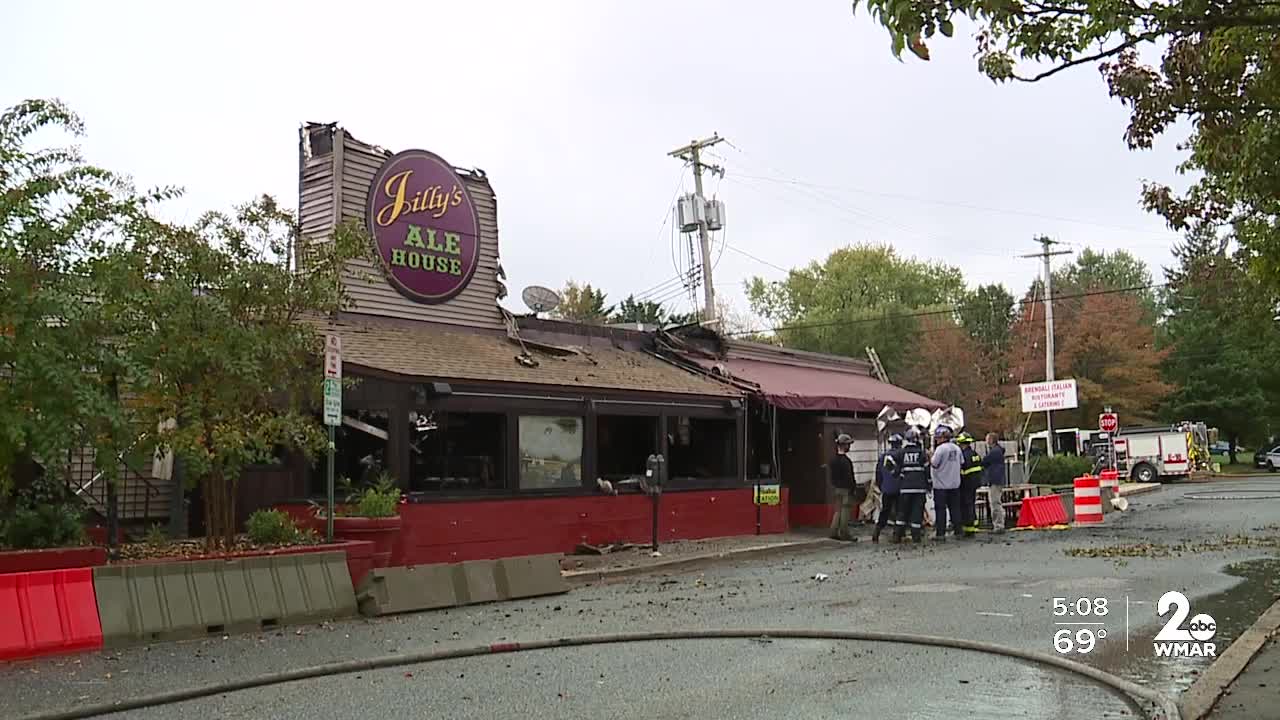 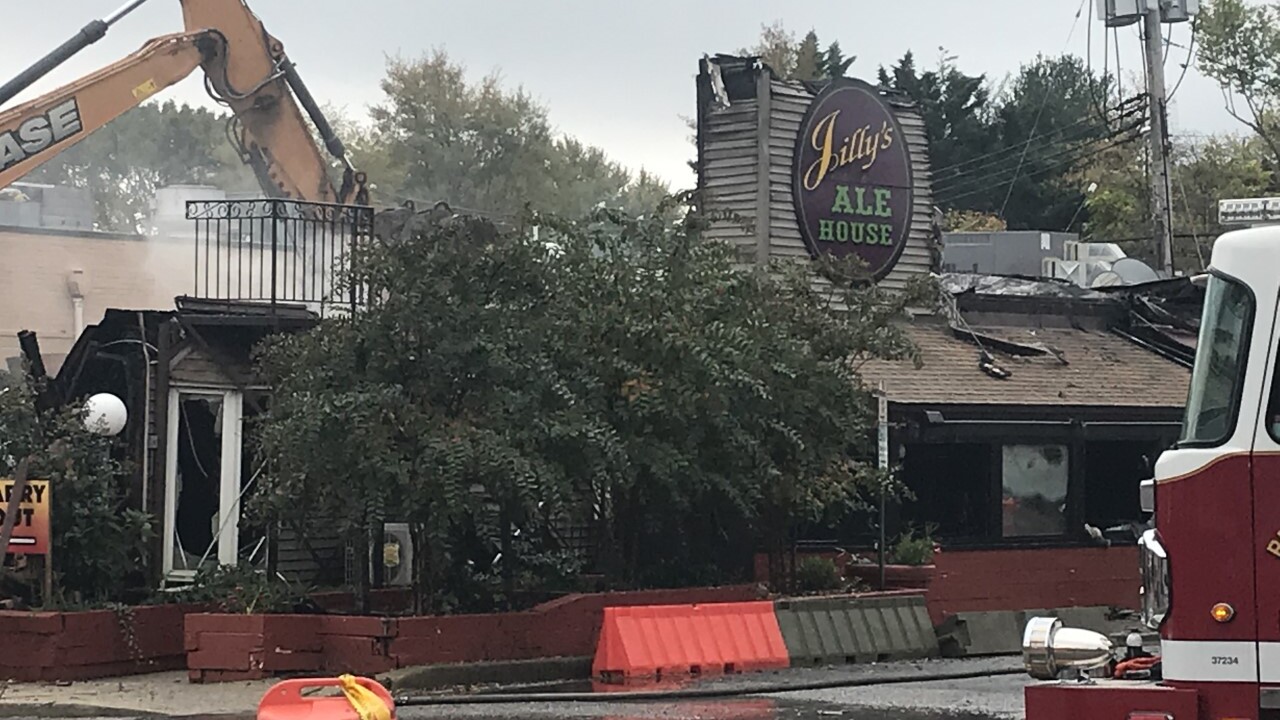 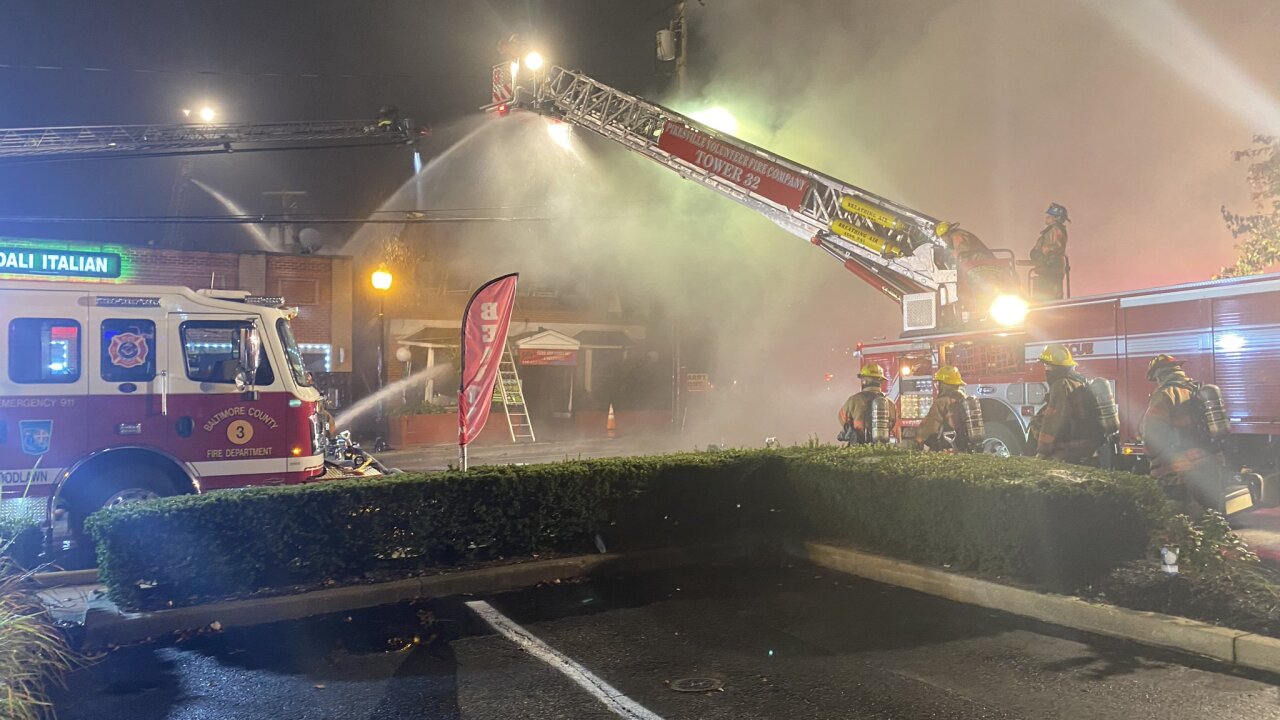 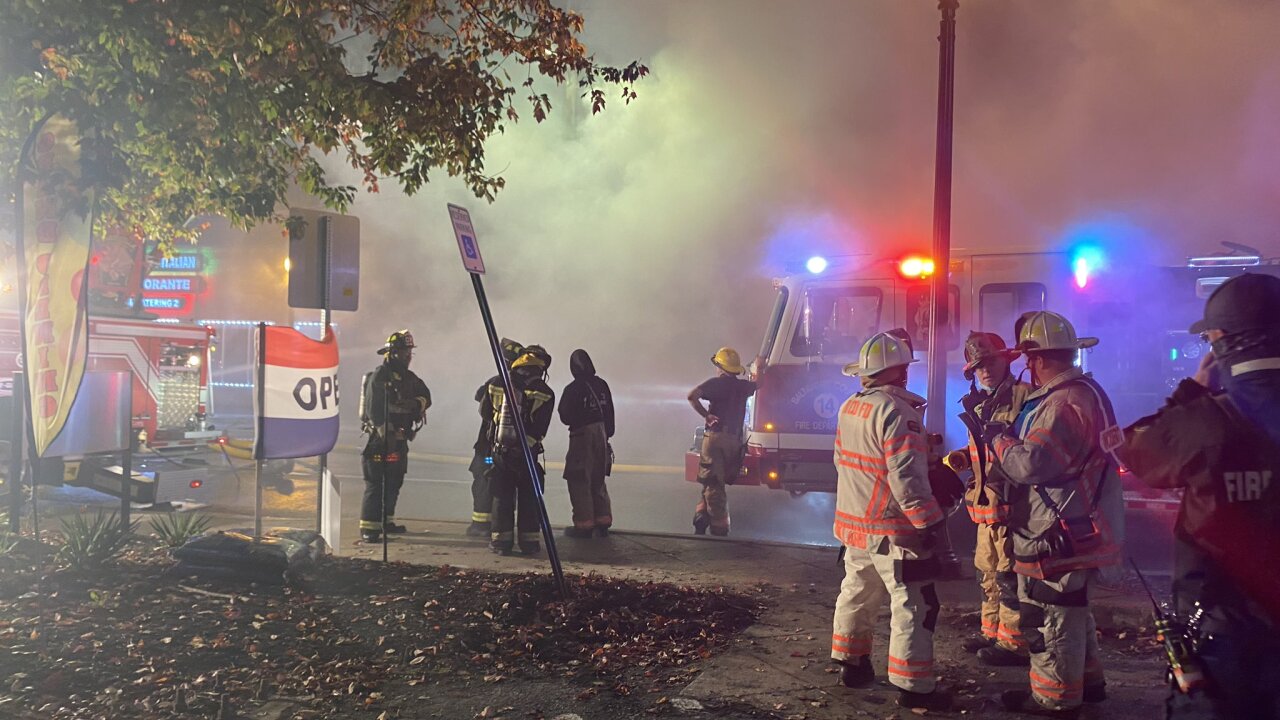 PIKESVILLE, md. — Employees could only stand back and watch as heavy equipment ripped down what charred walls remained after flames spread through Jilly’s Bar and Grill.

A co-worker called and woke up Melissa Gumenick who immediately raced to the scene.

“I’ve been here for 13 years and I met my husband here,” said Gumenick. “I’ve grown up in this place.”

The call for the fire came out just before four o’clock in the morning, and fortunately, no one suffered any injuries.

“No one was in the building,” said Lt. Travis Francis of the Baltimore County Fire Department. “It was a passerby driving down the road that called it in, and within minutes, the fire department was here and it was a significant fire by that time.”

As the fire spread, consuming much of the building causing a partial collapse, the call went out for a second and third alarm.

As local, state and federal investigators gathered as the scene, Gumenick told us that it appeared a window had been damaged prior to the fire being detected.

“We have an alarm system inside and that’s probably what alerted our owner to the fact that there was movement or whatever,” said Gumenick. “but other than that, I don’t really know anything else. I just know that there was a window busted.”

A busted window that raises suspicion over the fire’s origin, and who, if anyone, may have set it intentionally.

“Who in their right mind could do that?” said Gumenick. “I mean there’s about 20 employees here. We all have families. We all have kids, and there’s a lot of people that have worked 20-plus years for our boss, and how anybody in their right mind could do anything like that, I can’s wrap my brain around it… like this is people’s lives right here destroyed.”

While there is certainly concern over how the fire started, for the record, at this point, it’s still under investigation.